The British Pound remains under pressure with fiscal and monetary policy divergence subverting the currency. That matter wasn’t helped by the Bank of England (BoE) releasing a statement thwarting market speculation of some form of near-term intervention.

Sterling has been under the pump since Friday after Chancellor of the Exchequer Kwasi Kwarteng announced the UK government’s plans for tax cuts and deregulation.

He made further comments over the weekend, reiterating that the plans will be debt funded. UK debt to GDP is already near 100%. According to the OECD, the UK is already one of the more deregulated countries in the world.

The worry for markets from the announcement of these tax cuts is the ability of the UK government to fund their debt without paying away a significant risk premium. This premium can be paid via a higher interest rate expense or a devaluation of the currency, or a combination of both.

In a statement released by BoE Governor Andrew Bailey yesterday, they hosed down speculation of a change in interest rates or FX intervention. They said, “The Bank is monitoring developments in financial markets very closely in light of the significant repricing of financial assets.”

This is similar language to that used by the Bank of Japan (BoJ) when USD/JPY approached 145. A week later they physically intervened in the FX market when it was above 145.

Leading into Friday’s fireworks, UK rates had already been on the rise and these events sparked another boost in yields.

The swaps market is now pricing in close to a 150-basis point hike by the BoE at their next meeting. The entire Gilt yield curve is around 100 basis points higher than where it was at this time last week.

If the government persists in pursuing its policies, GBP/USD might have a bumpy road ahead.

GBP/USD is in unchartered territory, having never traded this low since the currency was floated in 1972.

Not surprisingly, bearish momentum signals are strong and might indicate further weakness is possible.

Looking at any combination of SMAs, the criteria for a TMA in GBP/USD have been met. 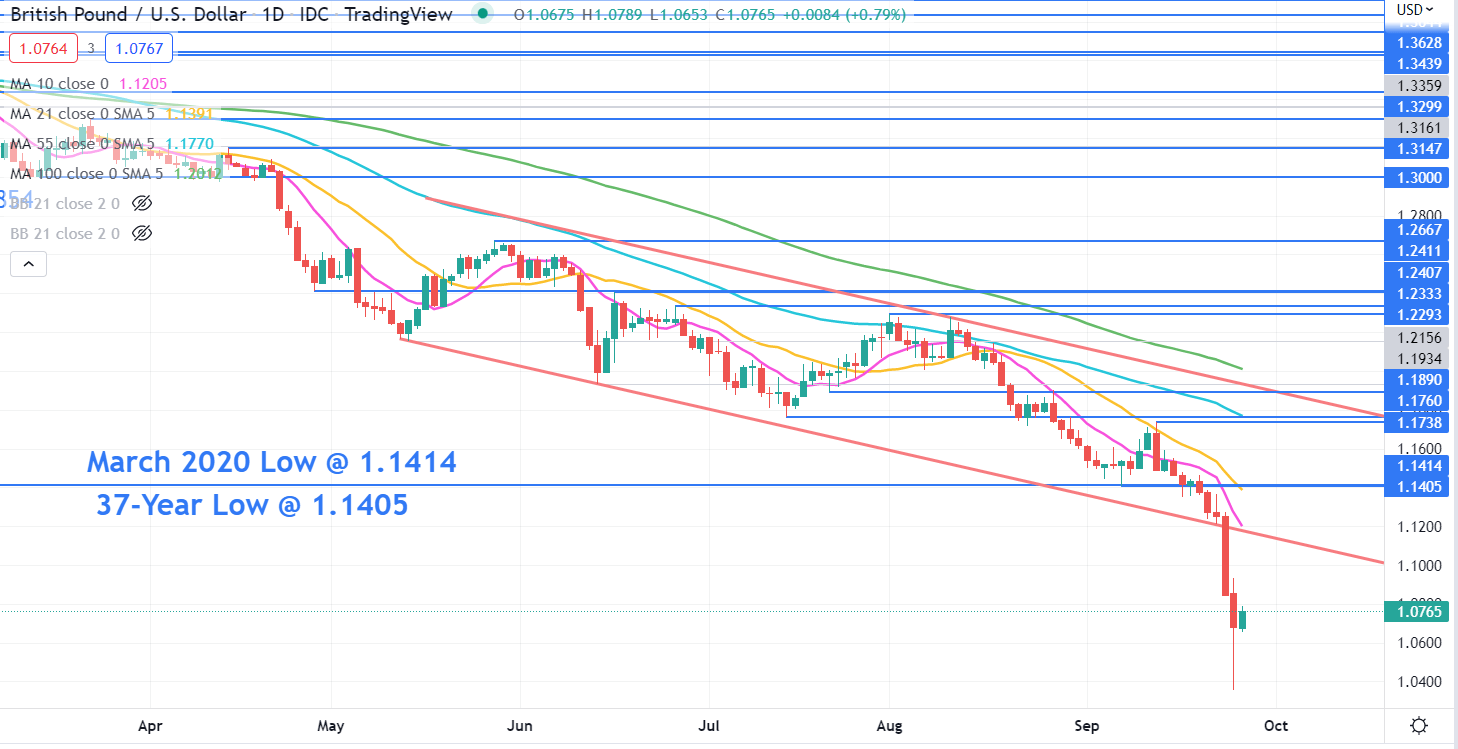