The British Pound is slightly better bid in early European trade and currently changes hands around 1.0800 against the US dollar. The greenback is off its recent two- decade-high despite recent hawkish Fed speak. Cleveland Fed President Loretta Mester reiterated yesterday that further US rate hikes are needed, that in times of uncertainty it can be better to act more aggressively, and that the central bank will need to see several months of declines in inflation before they consider changing tack.

This hawkish commentary is in stark contrast to comments from BoE governor Andrew Bailey speaking after Sterling slumped to record lows in the foreign exchange market yesterday. Cable hit a 37-year spike low of 1.0328 in Asian trade on Monday as traders threw in the towel after digesting the unfunded tax cuts announced by the Chancellor at the end of last week. In the gilt market, the yield on the interest-rate sensitive 2-year rose by nearly 100 basis points since the announcement, sending short-term UK borrowing costs soaring. The 2-year gilt is 20bps lower today but still trades at levels last seen in 2008. 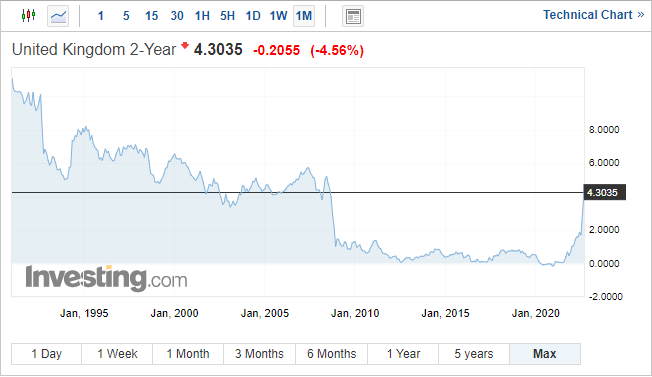 With the markets calling for an inter-meeting UK rate hike to steady the Pound, governor Bailey’s neutral statement left the market unimpressed. The BoE governor said that the MPC would make a full assessment at its next scheduled meeting and that they would not hesitate to change rates by as much as needed to return inflation to target. By specifically ruling out an inter-meeting hike, Bailey has left himself, and the Pound, at the mercy of the market.

For all market-moving economic data and events, refer to the DailyFX calendar

The daily chart shows yesterday’s spike move lower but the 4-hour chart gives a little bit more price action that may help in the days ahead. The chart shows that when cable nears 1.0850, sellers re-appear to push the pair lower. However, a series of higher lows is building and there will likely be a reaction to the 1.0850 level in the short term if this series of higher lows continues. With the US dollar still strong and unlikely to lose any of its current strength any time soon, and with Sterling getting little help from the BoE, cable may well turn lower again. 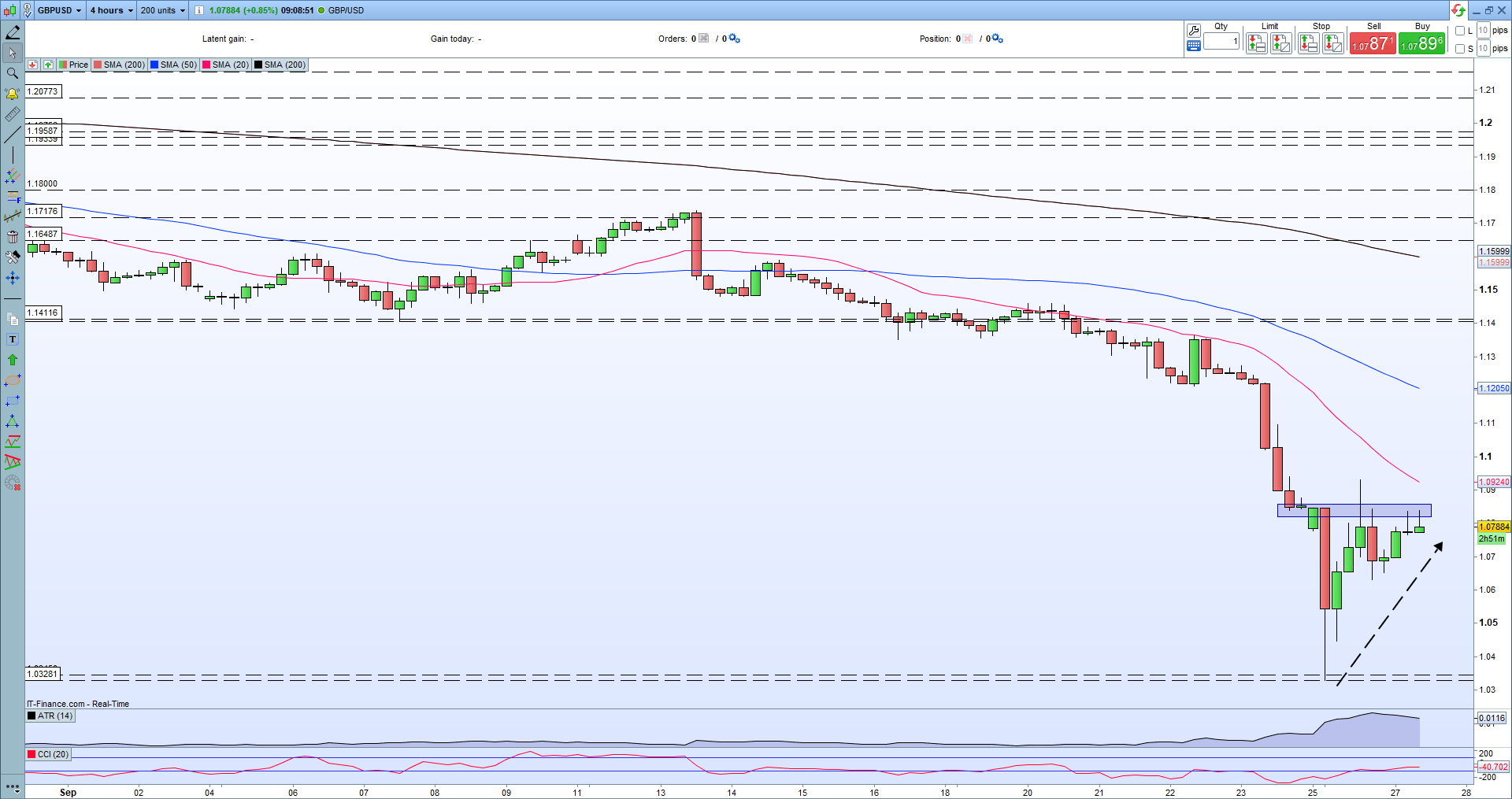