British Pound Bounces After Boris Backdown Amid US Dollar Strengthening

The British Pound is one the few currencies to not lose ground to the US Dollar today due to a degree of political certainty after Boris Johnson ruled himself out of running for the Prime Ministership.

Rishi Sunak is now seen as the front runner for the UK’s top job, with Penny Mordaunt the main the competitor at this stage. Whoever wins the race will be facing a challenging economic environment.

The US Dollar has gained elsewhere despite Treasury yields dipping on Friday and easing again through today’s Asian session. Some of the Fed rhetoric on Friday was seen as not as uber hawkish as previously.

Growth concerns appear to have battered market confidence to start the week with Chinese President Xi Jinping doubling down by stacking the leadership group with his own loyalists.

This appears to have been interpreted as a continuation of lockdowns and a tough regulatory environment for companies in several sectors. Hong Kong’s Hang Seng Index was battered, down over 5% at one stage. Australian and Japanese equities saw modest gains.

Chinese GDP and industrial production figures were released today, and both were better than forecast, coming in at 3.9% and 6.3% respectively year-on-year to the end of September. Retail sales for the same period was a miss though, coming in at 2.5% instead of 3.0% anticipated.

USD/JPY has had a wild ride after the Bank of Japan appears certain to have intervened late on Friday and again this morning in fairly illiquid conditions. It has traded a wide range of 145.47 – 151.95 since Friday.

The WTI futures contract is near US$ 84.50 bbl while the Brent contract is a touch below US$ 93 bbl. Gold is steady on the day, trading near US$ 1,670 at the time of going to print.

It’s PMI Monday today and after the European numbers, the US will see what their purchasing managers are thinking about business conditions.

The price is above the 10- and 21-day simple moving averages (SMA) but below the 55- and 100-day SMAs which may suggest range trading conditions could prevail until a there is a clear break of the range. 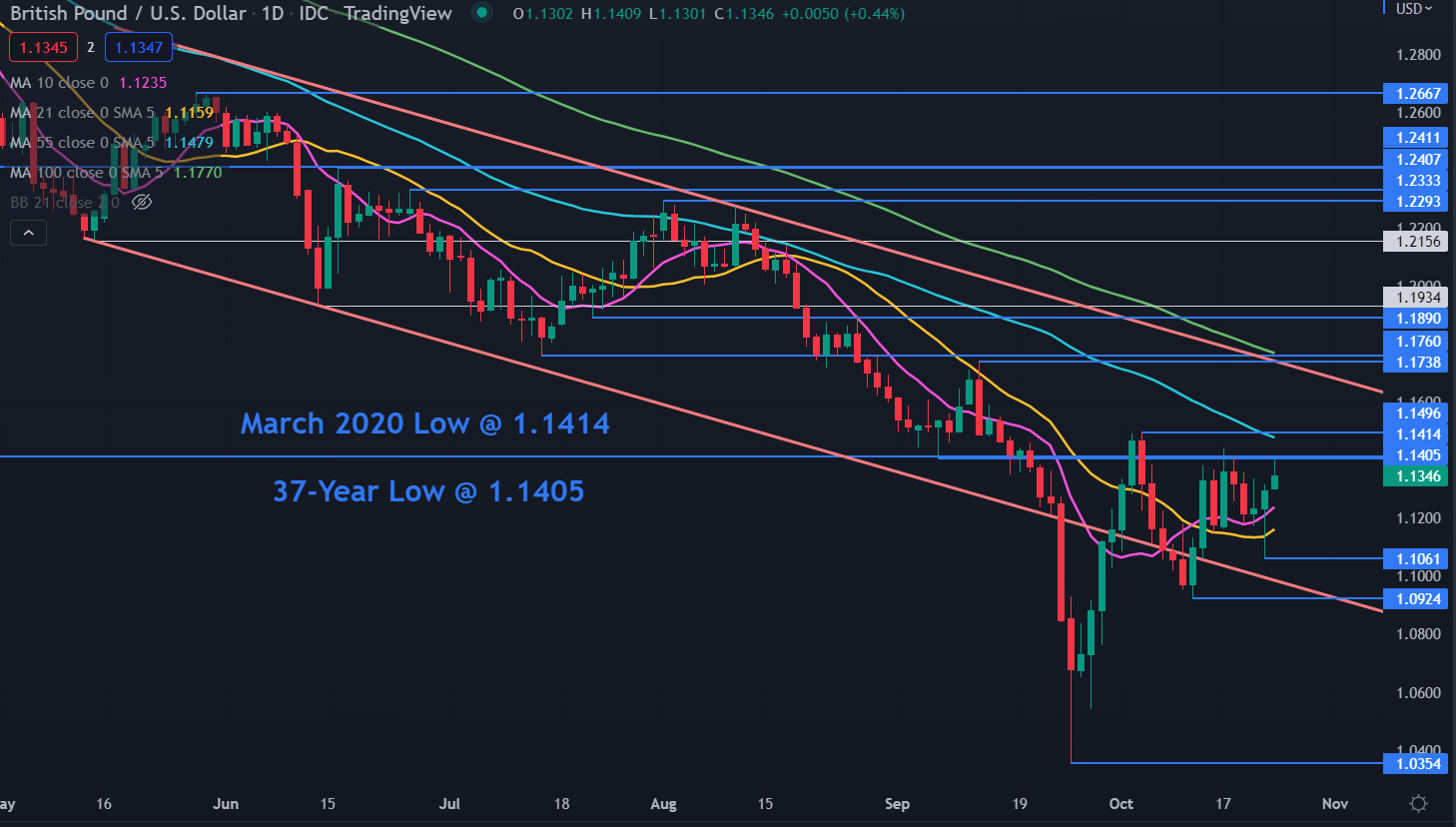