The British Pound improved in price but not in outlook so far today. It made a new high in early Asia at 1.1205 before retracing back under 1.1100.

This is despite significant pressure for a U-turn domestically, internationally and from markets.

GBP/USD is trading near where it was before the Chancellor of Exchequer Kwasi Kwarteng dropped the bombshell this time last week. It is being reported that some within the Conservative Party are not supportive of the oblique plans but have no options to turn the ship around.

Their opinion seems to be that a leadership spill now would make the party look stupid and calling a general election would be suicidal given the low approval rating that they are getting in polls.

So, the buck has been passed to the Bank of England to try and sort out the rigmarole. The bank bought long-end bonds on Wednesday to stabilize financial conditions and it appears to have been effective.

The yield on 30-year Gilts has remained subdued but the yield on the 10-year note has started to nudge higher again. 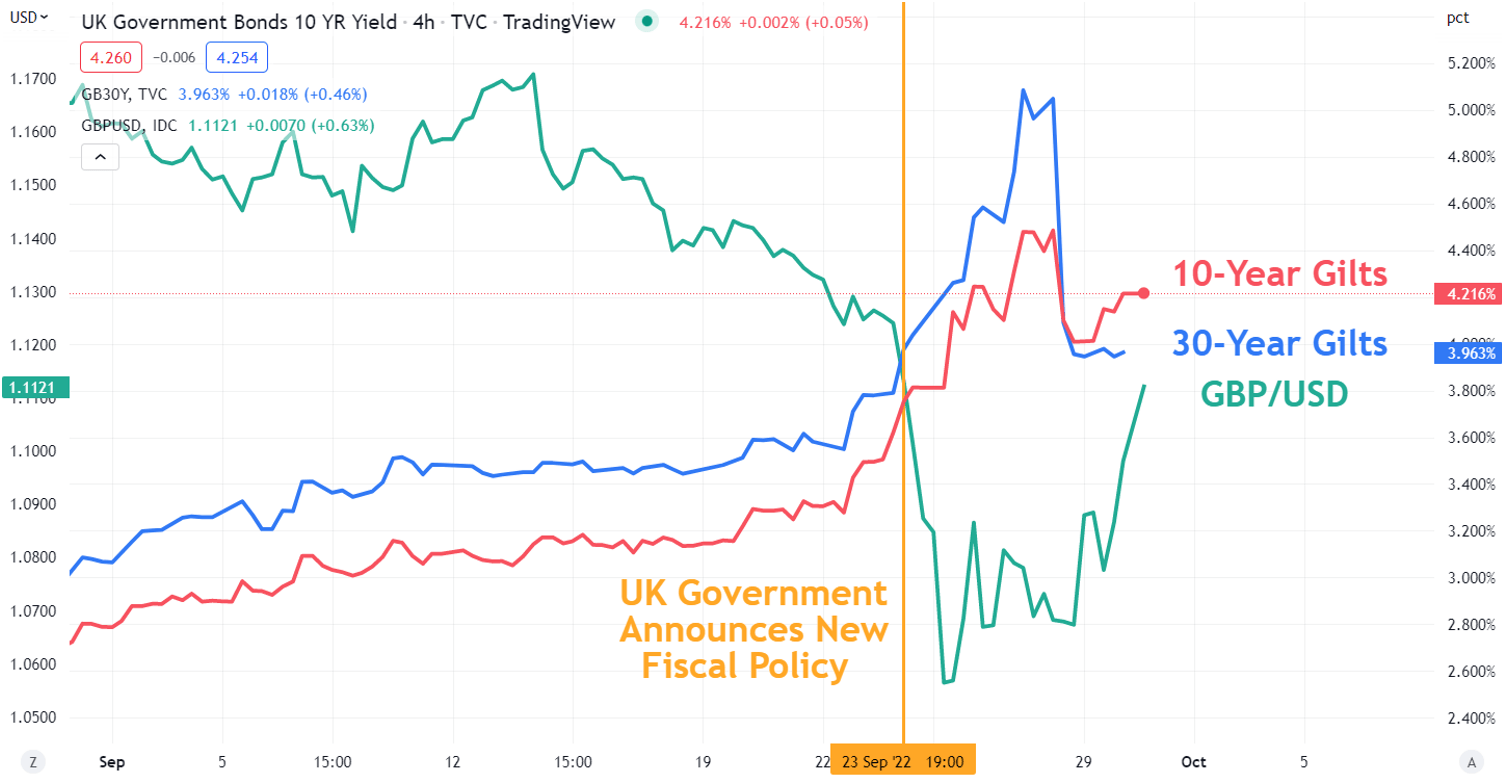 Other currencies have a quiet start to Friday although the commodity and growth linked CAD, Kiwi, NOK and Aussie are a touch softer.

USD/JPY is once again eyeing off 145 and a move above there will be watched closely to see if the Bank of Japan will sell again.

The Wall Street bloodbath spilled into APAC stocks with a sea of red covering the region. Futures are pointing toward a tough day for European and North American equity indices.

China PMI figures out today were a mixed bag with the official numbers beating forecasts while the Caixin PMI was a miss. The Chinese Yuan is at record lows with the world’s second largest economy still under Covid-19 related lockdown duress.

OPEC will be meeting next week to discuss production levels amid an energy upheaval with European gas prices remaining extremely volatile after the suspected sabotage of the Nord Stream pipeline.

Crude oil has been steady through the Asian session with the WTI futures contract just above US$ 81 bbl while the Brent contract is trading clear of US$ 88 bbl. Gold is holding ground above US$ 1,660 an ounce.

Looking ahead, alongside the UK GDP and housing figures, Europe will get a series of CPI numbers. In the US, the focus will be on the Fed’s preferred measure of inflation, the PCE core deflator.

There are also a number of central bank speakers. The UK situation may have a few twists and turns ahead as well.