AUD/USD appears to be stuck in a narrow range following the kneejerk reaction to the US Consumer Price Index (CPI), but fresh data prints coming out of Australia may prop up the exchange rate as employment is expected to increase for the second consecutive month.

The recent selloff in AUD/USD seems to have run its course as the Relative Strength Index (RSI) climbs out of oversold territory and the move above 30 in the indicator may keep the exchange rate afloat like the price action from last month.

At the same time, the update to Australia’s Employment report may generate a bullish reaction in the local currency as the economy is expected to add 25K jobs in September, and a further improvement in the labor market may keep the Reserve Bank of Australia (RBA) on track to further normalize monetary policy as “Board expects to increase interest rates further over the period ahead.”

However, AUD/USD may continue to track the negative slope in the 50-Day SMA (0.6684) as the minutes from the RBA’s October meeting reveal that “a smaller increase than that agreed at preceding meetings was warranted given that the cash rate had been increased substantially in a short period of time,” and the comments suggest the central bank is nearing the end of the hiking-cycle as Governor Philip Lowe and Co. show little intentions of carrying out a restrictive policy.

In turn, the rebound from the yearly low (0.6170) may end up being short-lived as the Federal Reserve’s Summary of Economic Projections (SEP) reflect a steeper path for US interest rates, but a further recovery in AUD/USD may continue to alleviate the tilt in retail sentiment like the behavior seen earlier this year. 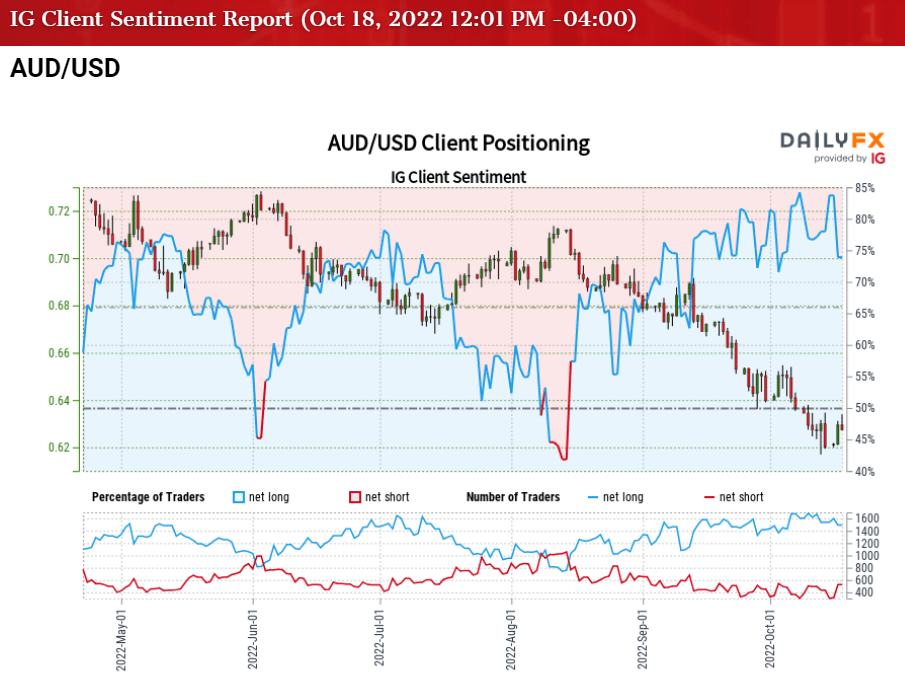 The IG Client Sentiment (IGCS) report shows 72.32% of traders are currently net-long AUD/USD, with the ratio of traders long to short standing at 2.61 to 1.

With that said, another rise in Australia Employment may keep AUD/USD afloat as the bearish momentum abates, but the exchange rate may continue to track the negative slope in the 50-Day SMA (0.6684) as the Federal Open Market Committee (FOMC) pursues a restrictive policy. 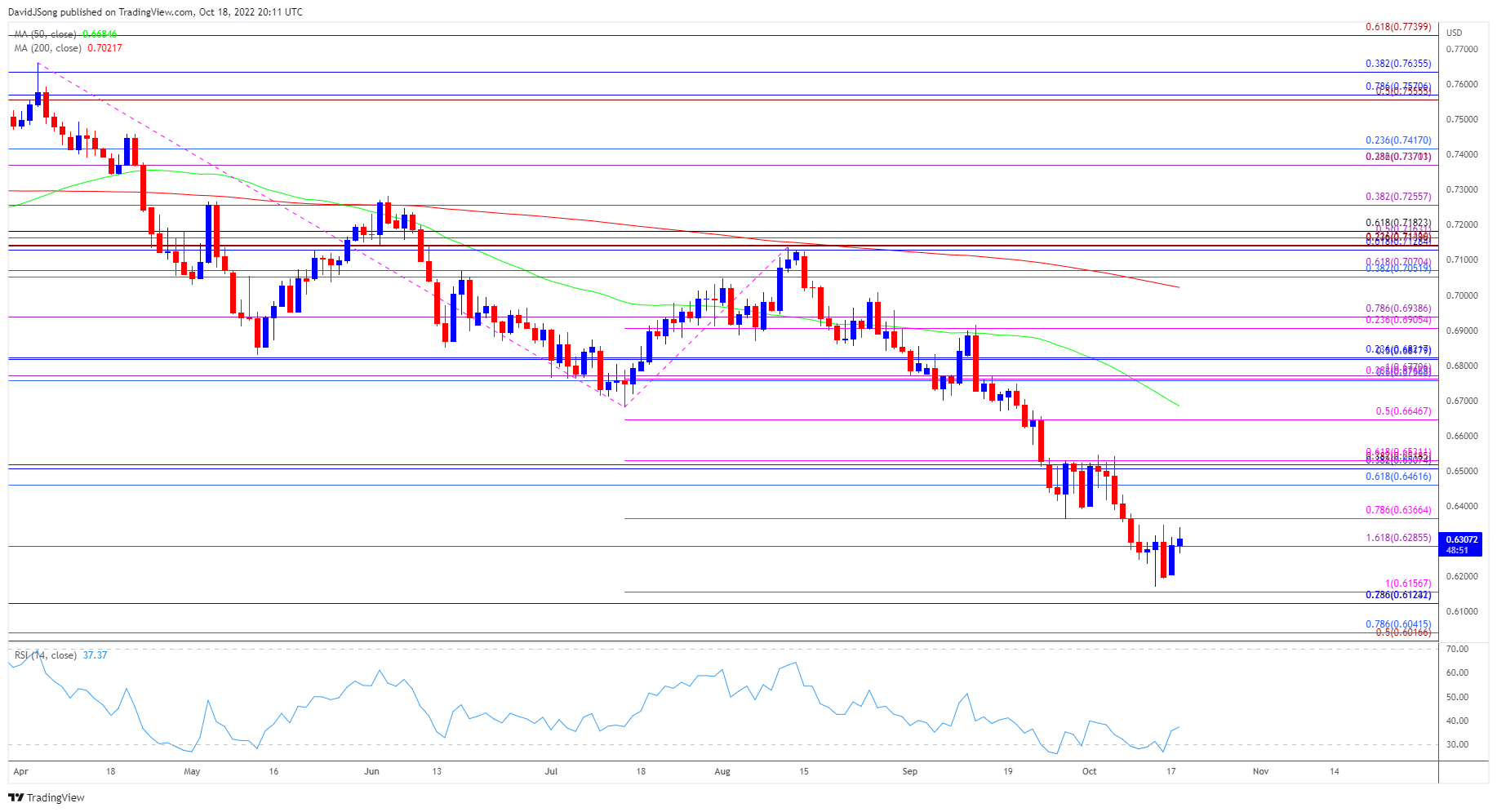