AUD/USD has failed to defend the July low (0.6681) as it trades to a fresh yearly low (0.6670) in September, and the Federal Reserve interest rate decision may keep the exchange rate under pressure as the central bank is expected to retain its current approach in combating inflation.

AUD/USD appears to be bouncing back ahead of the June 2020 low (0.6648) as it carves a series of higher highs and lows, but the exchange rate may track the negative slope in the 50-Day SMA (0.6884) as the Reserve Bank of Australia (RBA) Minutes suggest the central bank is nearing the end of its hiking-cycle.

It seems as though the RBA is planning to shift gears as monetary policy gets “closer to normal settings,” and the central bank may gradually adjust the forward guidance over the coming months as the “Board is seeking to return inflation to target while keeping the economy on an even keel.”

As a result, the Australian Dollar may continue to underperform against its US counterpart as the RBA discusses the “case for a slower pace of increase in interest rates,” and AUD/USD may face headwinds over the coming days as the Federal Open Market Committee (FOMC) is anticipated to deliver another 75bp rate hike.

At the same time, the FOMC may provide a hawkish forward guidance as the committee pursues a restrictive policy, and it remains to be seen if the fresh projections from Chairman Jerome Powell and Co. will show a steeper path for the Fed Funds rate as the central bank is slated to update the Summary of Economic Projections (SEP).

Until then, AUD/USD may stage a larger rebound as it retains the recent series of higher highs and lows, but the tilt in retail sentiment looks poised to persist as the exchange rate fails to defend the July low (0.6681). 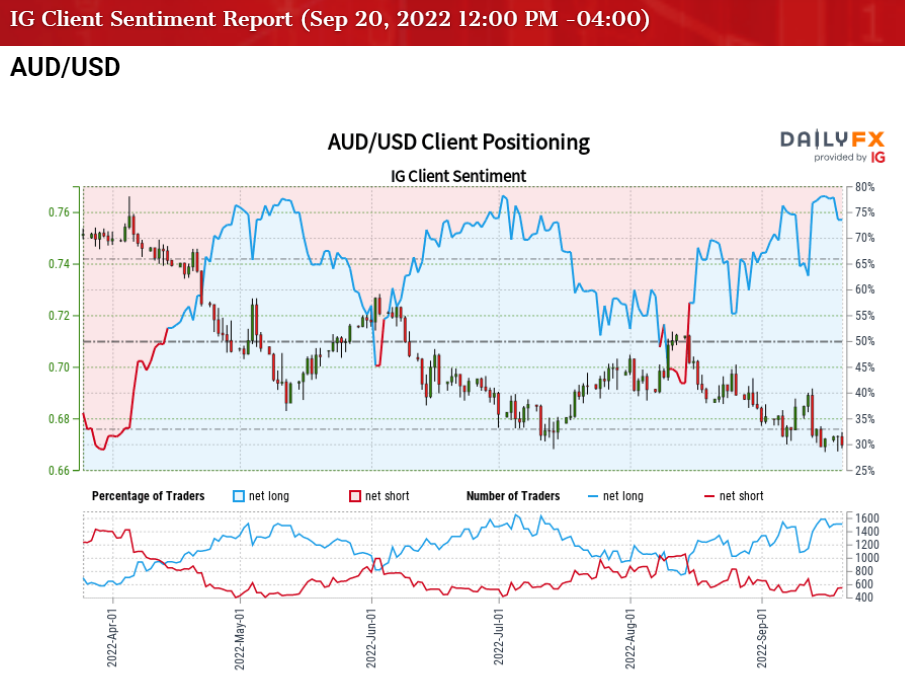 The IG Client Sentiment report shows 73.85% of traders are currently net-long AUD/USD, with the ratio of traders long to short standing at 2.82 to 1.

With that said, a 75bp Fed rate hike along with a hawkish forward guidance may curb the recent rebound in AUD/USD as the central bank pursues a restrictive policy, and the exchange rate may stage further attempts to test the June 2020 low (0.6648) as it appears to be tracking the negative slope in the 50-Day SMA (0.6884). 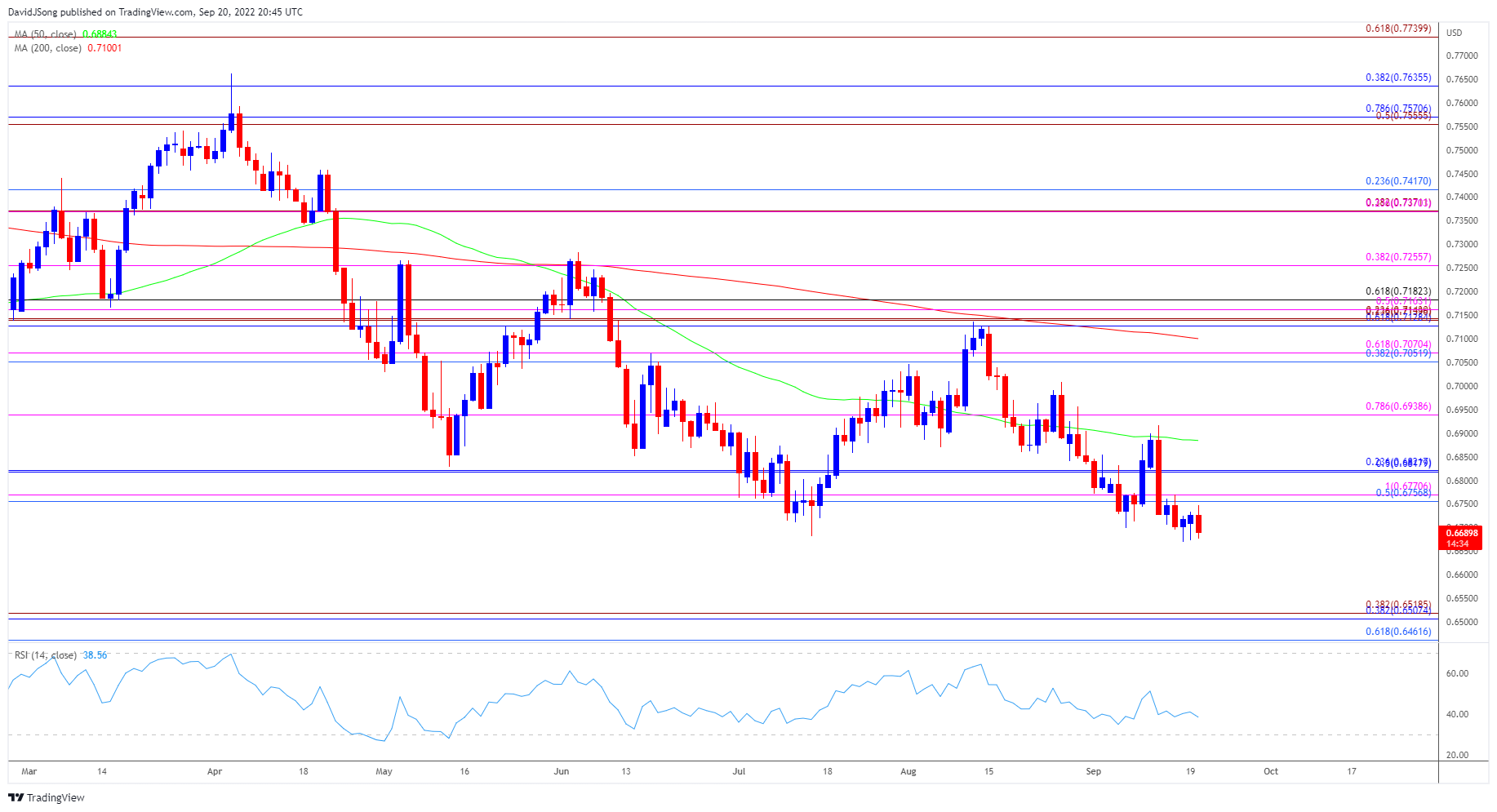