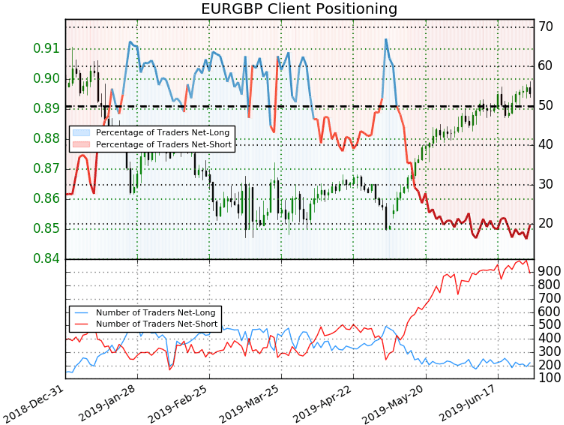 EURGBP Has Matched a Record Weekly Rally as Resistance Approaches, Now What?

See how retail traders are positioning in EURGBP, USDJPY and Gold along with other key markets including top FX pairs, indices, gold, oil and crypto using the DailyFX speculative positioning data on the sentiment page.

It is difficult to get away from the overwhelming influence of various systemic threats. Trade wars, reversals monetary policy from key central banks and growing fear over the health of economic activity seem almost inescapable. However, there are certain areas of the market that can reduce the exposure without completely sacrificing potential of their own. One such option on my radar is EURGBP.

While this key European exchange rate does not fully divest itself from the most significant of fundamental themes, it significantly curbs the external influences. The trade war fallout from the US-China confrontation doesn't highlight a benefactor nor victim between the two individual currencies. Growth concerns and monetary policy intention are certainly targeted matters, but they have not thus far followed the expected lines given the development on both sides of the coin.

The disconnected nature of the exchange rate does not indicate it is impervious to all fundamental issues. It is instead the result of a very particular focus: Brexit. The rise and fall in negotiations between these two economies in the process of their divorce has generated significant volatility and traction over the past three years since the referendum was signed. It will likely stir significant moves into the future. However, at the moment, discussions have paused as the UK's Conservative Party looks to determine its next leader and in turn the Prime Minister. When this is sorted and the new PM's platform - really their appetite to consider no-deal - is clear, there is likely to be significant movement. Yet, that is not expected to be cleared up for three weeks.

If fundamentals are restrictive but complicated, we should then consider the technical picture. In the big picture, EURGBP is still holding to a relatively controlled range since the Brexit referendum aftermath - between 0.8300 and 0.9300. We are still shy of that ultimate range high, but we have also extended an incredible eight consecutive week rally. That matches the three other instances of rallies that have lasted the same length and we've never had a consistent advance longer. 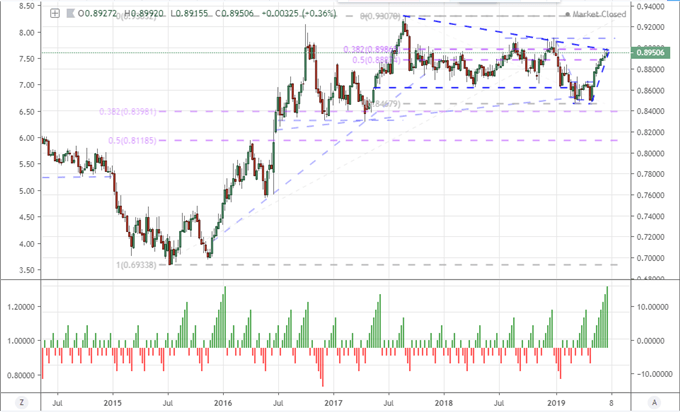 On the lower time frame, the climb these past few months looks even more remarkable. While not always running at an extreme tempo, its consistency is remarkable. We are coming to a confluence of resistance between a large Fibonacci retracement and a still-unconfirmed trendline resistance in the 30 pips below 0.9000. I don't put much emphasis on the weight of this ceiling, but the general restraint of the market with a Brexit restraint can work in its favor. Look for technical cues on a turn, but always monitor the stability of Brexit and general restraint behind the pair. 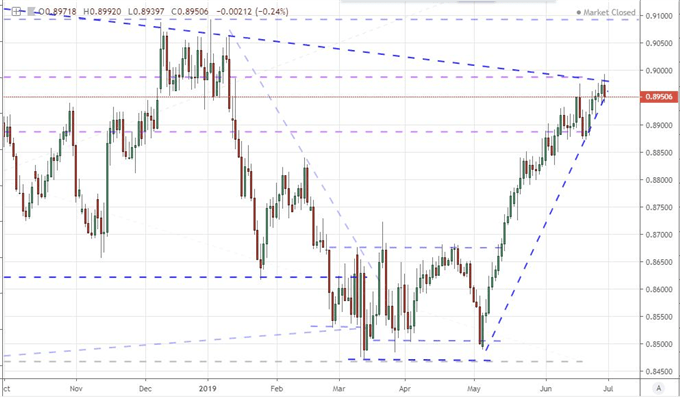