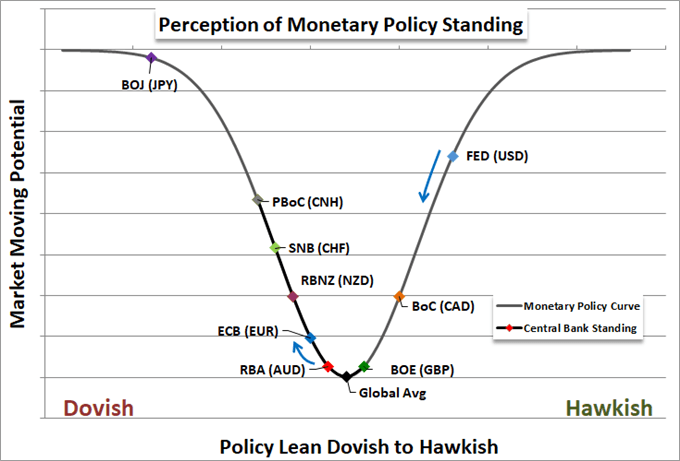 See how retail traders are positioning in GBPUSD, EURGBP, GBPJPY as well as other FX majors, indices, gold and oil intraday using the DailyFX speculative positioning data on the sentiment page.

When the Federal Reserve's monetary policy statement and Chairman's responses to journalist questions in the subsequent press conference hit the wires Wednesday, the market responded in kind. The world's largest central bank was taking a notably more accommodative approach to monetary policy moving forward following a few years of slow but steady ('gradual') rate hikes and commitment to removing extreme easing policy through the foreseeable future. In place of the language that now stood as evidence of a 25 basis point rate hike every quarter and an unquestionable intent to deflate the group's balance sheet, the Fed now said it was 'patient' and Jerome Powell made clear that the QE runoff could be reversed should it be deemed necessary in the near future. As far as major central bank policy goes, this remains one of the most hawkish course settings; which only draws greater attention to the more overt dovish policies of the US groups' peers. The ECB the week before backed away from its tentative interest in pursuing its first rate hike in years sometime in 2019. The BOC (Bank of Canada) has explicitly signaled it is dropping its intent to raise rates at any kind of steady margin these past months. The BOE (Bank of England) has already had to abandon efforts to turn course owing to Brexit and the BOJ (Bank of Japan) never even attempted the trek home as inflation never threatened to return to target. Previously only tiptoeing into normalizing extreme monetary policy, it seems the world's largest central banks are being pushed back up against a wall as they try to cool fears of a capital market slump amid economic and financial troubles.

Not long ago - in the heyday of rapid rate cuts and the rise of unorthodox stimulus programs - fresh accommodation from the world's largest central banks would earn a considerable market response. In the beginning of the seismic dovish shift back in 2008, the intent was to stave off a crippling, global financial crisis. The Great Financial Crisis and Great Recession were in full swing, and action was necessary from tipping the world into utter collapse. Driving the cash rate in the world's largest economies to zero and injecting massive amounts of stimulus into the key financial centers was ultimately successful. The market's tumble ended, and fears of a never-ending recession lifted. From their, central banks kept coasting towards ever-easier policy in order to jump-start the economic recovery as well which would bring about a rise in the primary metric for developed world banks (a target inflation level) so they could in turn begin to normalize. The infusions of support continued, capital markets extended their climb, but the principal policy goals would consistently elude authorities. It was clear starting around 5 years ago that monetary policy was not leveraging the kind of economic intent the banks were intending and not much latter recognition set in that wealth effect and other financial benefits were also floundering. A good example is the BOJ which has pursued open-ended stimulus efforts in an aim to stoke inflation only to see the price growth goal constantly escape them. In this environment, it is not hard to understand that the Fed's otherwise clear change in forward guidance would not carry the Dollar to a ready bearish break of support. We should consider the same restriction on this theme when evaluating the S&P 500 and other risk-favorite assets. Will these markets continue their complacent reach when should conflict arise or investors otherwise scrutinize the risk profile of the liquidity banks. 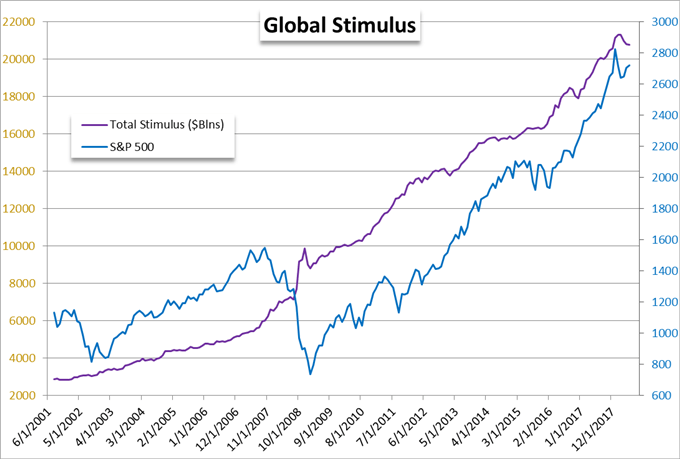 With Accommodation Already at Extremes, Can Central Banks Support the Markets?

With the Federal Reserve's capitulation, the collective of the world's largest central banks have taken a leap backwards in the subtle restrictive lean that they were only starting to establish and have in turn committed to bolstering risk taking, whether that is their direct intention or not. That said, how much speculative appetite should we expect these efforts to draw? Most of the major authorities that have made no material effort to stabilize find little recourse to further escalate their programs and thereby overcome the speculative restriction in place. There is notably more capacity for the Fed to reverse course than any other major central bank. After a series of spaced out rate hikes starting in December 2015, the Fed has added some mild restriction on rampant speculative appetite. They also have capacity to stop its balance sheet reduction and thereby stabilize long-term yields. If this support were to be pursued, it is still unlikely that the likes of the S&P 500 or EEM emerging market ETF or commodities would re-establish lasting bull trends. If the policy tools are already proving ineffective, more investors recognize the lack of options for central bank to employ with future troubles and the bank of alternative fundamental winds (trade wars, political uncertainty, record deficits) continuing to build; the limited opportunity to cuts rates or throw more stimulus at the problem will readily fall apart. And, what happens if the market's lose faith in the monetary policy authorities to promote market reach or economic strength? Credibility is an underappreciated but absolute contribution to the state of risk appetite we witness today. There is little room for monetary policy to prove a positive contribution moving forward, but it can readily spell market's doom with recognition of an unstable financial backdrop. We focus on monetary policy and risk trends in today's Quick Take video. 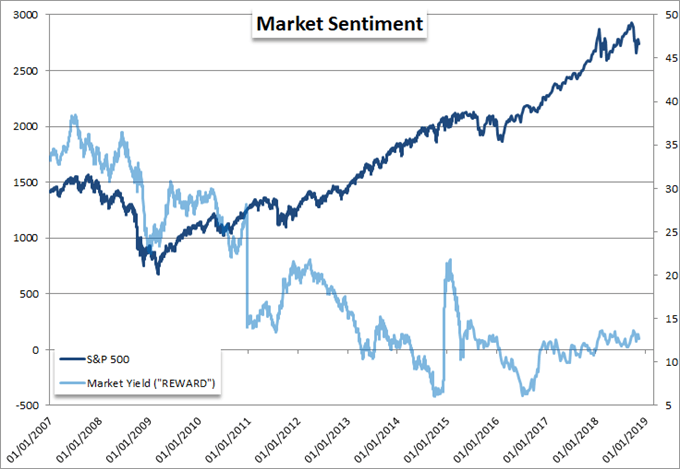