Volatility Check: A December Crisis or Reversion to Seasonality?

•With systemic themes earning temporary relief from crisis, it is more likely that volatility reverts to norms

A Reversion to Seasonal Norms or 'This Time is Different'

If there was one way to sum up the financial system in 2018, it would be 'volatility'. While there wasn't exactly a record magnitude of price fluctuation - much less pace on persistent trends - it represented a significant reversal from the placid conditions of the years prior. Activity levels in 2017 were unprecedently quiet as measured by the VIX volatility index. Through the second half of that year, the measure of equity swings slid below an extreme of 10 numerous times. It was against that backdrop that the first jolt of volatility in February that the market's terrain started to deform. Unaccustomed to such extraordinary activity - and finding their exposure troublingly concentrated without stabilizing hedges, the rout was sharp but quickly spent. What we have seen from the financial system since that initial switch was flipped is what market participants should really focus on. Though benchmarks like the S&P 500 have not fully committed to a sustained selloff - much less the sweeping financial crisis of decade ago - underlying volatility remained with frequent dives in risk assets and derivative (also referred to as 'implied') activity readings churning. The 100-day average of the VIX for example has climbed to its highest level since mid-2016. And so, traders are left to wonder whether we are due the standard December wind down or if the inevitable retreat in liquidity will in turn amplify another late-in-the-year charge? 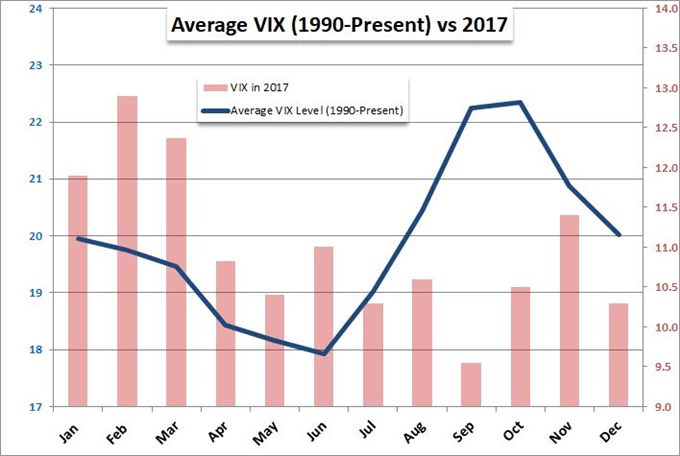 There are a number of factors contributing to the systemic change in the sensitivity of market participants in the financial system - abandoning long-held complacency and replacing it with an anxiety befitting a market that has risen to a record high through leveraged exposure. A slow reversal of crisis-era monetary policy has raised the cost of exposure and called to attention the limitations inherent in this presumed safeguard for profligate investors. Alongside this shift in backdrop, a rise in populism has opened up a number of complicated fundamental rifts. Many of those threats to growth and financial stability continue to build, which is one of the more prominent reasons that fear of a speculative collapse through an otherwise quiet period still haunts some market participants holding long exposure. On the other hand, while many of those threats have yet to be resolved, there have at least been a few breakthroughs that have potentially de-escalated tensions enough to pacify fears until the turn of the year. Among those high-level risks are the US-China trade war; Brexit proceedings and the Euro-area's budget standoff. Reports that China was lowering tariffs on US autos from 40 to 15 percent, Prime Minister May's avoiding a no-confidence vote and Italy's softening position on its budget threat all take just enough edge off systemic threats to cool fear.

Trading Approach for December and a Warning for 2019

Trading through the close of this year is proving a difficult endeavor for market participants. There is the year-end liquidity drain that teases traders' anticipation that finally they can tune out - and perhaps even take advantage of the assumed advance associated with tamed volatility levels. In contrast, a year of tumult that has punished the complacent will leave many a little more than shell-shocked. They are more likely to be outright paranoid. Through the coming week, there is meaningful event risk - especially between the FOMC, BOE and BOJ rate decisions - but little capacity to tap into a deep-enough current of speculative dependency or economic/financial fear to translate meaningful policy updates into significant movement for their target currencies (much less the broader market). If conditional restraints win out, the markets may eventually revert to the December we have come to expect. That would be a timely turn of events considering a host of assets are testing bounds for technical breaks. With the likes of the S&P 500 and Dow failing to overcome support yet again with the test and hold of 2018's trendline support. If we do indeed shift back to 'standard' markets, trading strategy should favor mean revision (jargon for range that doesn't abide technical levels explicitly). In such circumstances, range trades are best suited. We evaluate volatility conditions in today's Quick Take video. 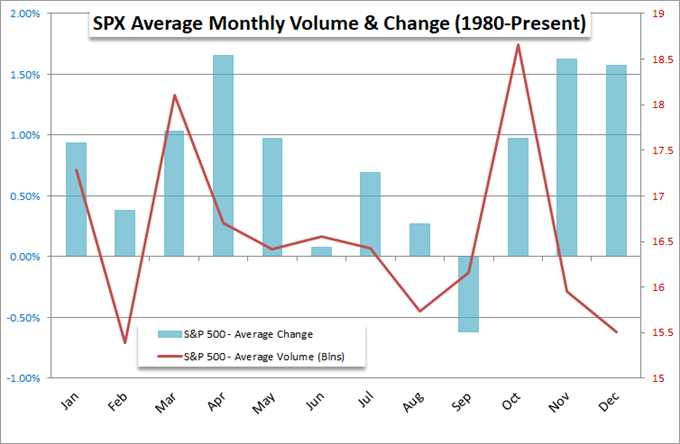