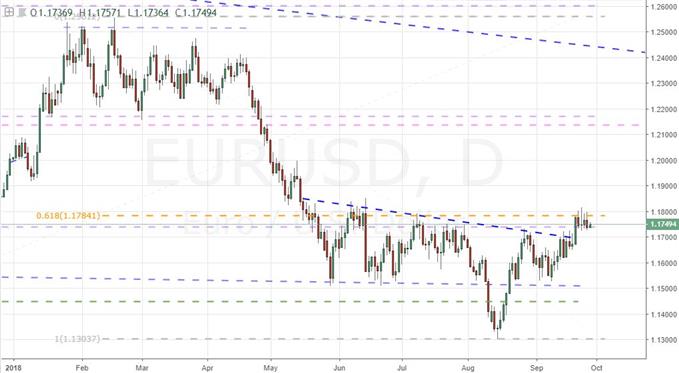 A Week After the Break, The Chances for a EURUSD Trend

The Occasion of a Remarkable Technical Break

Last week, the FX market's most liquid player posted a remarkable technical break. EURUSD cleared 1.1700 on a strong rally that in turn represented a break through the 'neckline' of a multi-month inverse head-and-shoulders pattern. This reversal pattern notable occurred shortly following a similar 'upright' development that set the medium-term picture into reversal following 2017's unexpected bull trend. The technical picture alone is enough for many to make a call. Such a clear picture looks textbook which registers among technicians as motivation enough to spur follow through. However, a mere technical trigger is no longer sufficient to earn trend. Broad market conditions are such that there is a tangible reticence to give way to over trends. If we further attempt to break down the merits of the Euro and Dollar individually, there is no additional technical claim to be made for this pair. A trade-weighted and equally weighted index of the Greenback shows we remain stuck in weeks-long range. The Euro similarly indicates little momentum or technical motivation lately. If you are a pure technical trader, these are the conditions in which you should naturally question the assumption of ready-made follow through.

Fundamentals Refuse to Direct EURUSD, Even the Fed Hike

Without doubt, the most effective motivation for carrying forward carrying forward a meaningful break like the one registered by EURUSD - whether this recent break above 1.1700 or the previous drop below 1.1500 - is fundamental conviction. There is little tangible foothold to lead momentum on. This past session, the Fed rate decision could have offered an explicit spark for Dollar bulls and thereby an immediate halt to the effort to move back above 1.1700. Instead, the Greenback was little moved following yet another 25 basis point hike to the benchmark range to put Fed and Dollar even further out of reach when it comes to competition. And yet, this hike was fully anticipated ahead of time, as was the forecast for a fourth hike in December and three additional moves in 2019. Despite all of this hawkish advantage, the Greenback was in retreat these past few months; so merely meeting expectations was far from a point of enthusiasm. As for the Euro, the fundamental tractions is far weaker. Distant speculation of the first ECB rate hike and the dull thrum of countries like Italy threatening stability are true issues; but they have earned little-to-no market response. 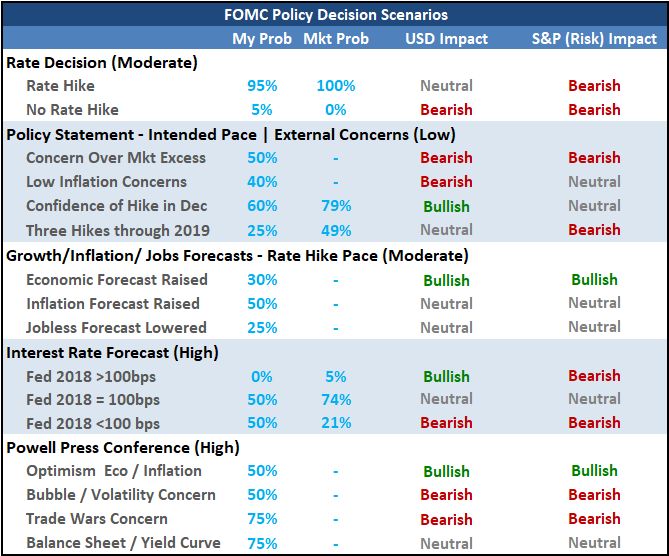 What Could Muster a Bullish and Bearish Trend

If I were comfortable trading technicals on their own, I would probably already be in a long EURUSD position with the break of 1.1700. However, I have learned from experience that such opportunities rarely catch true traction without a fundamental course to supply the motivation that musters a collaborative push across the market. As appealing as the inverse head-and-shoulders technical break was this past week, I will not base a trade from this picture alone. However, we shouldn't simply write off the possibility that motivation can follow latter on. For a sustained move higher (bullish EURUSD), I will look for trade wars to more explicitly raise the economic focus and cost on the US. A mild risk aversion could also do the job thanks the Greenback's position as a carry currency after the pace of gradual hikes from the Fed these past few years. Alternatively, it is difficult to muster true conviction in a bearish course. To truly rouse the Dollar when a Fed hike couldn't do the job would take something extreme. Full-tilt risk aversion may fit the bill, but that comes with remarkable speculation and caveats. We focus on the EURUSD in today's Quick Take video.