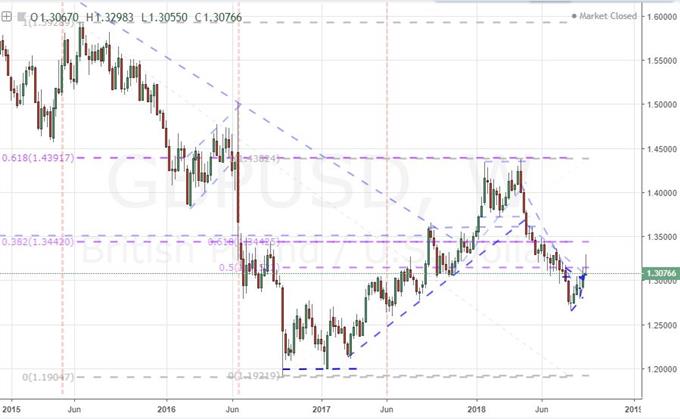 The Risk in Trading and Investing on Resolutions to Trade Wars, Brexit and NAFTA

Do you want to sort what top fundamental themes can influence the markets over the week ahead or learn how to combine fundamentals with your technical analysis? Sign up for the weekly fundamental trading webinar Monday or other regular trading events on theDailyFX Webinar Calendar.

Probability Versus Potential: The Rare Windfall vs The Steady Gain

Just as ubiquitous as the concept of risk-reward is to our trades, there is also a practical assessment of probability versus potential. We can decide to ignore both, but truly thorough analysis and trade strategy should fully engage both vital assessments. For those novices that come to the market with more aspiration than plan, there is a tendency to seek out the 'homeruns'. These would be the rare events where a massive flux of volatility will render a favorable move for a quick and massive profit. Books and articles are littered with examples of such trades, but that belies their infrequency and the work that goes into identifying such opportunities. A surface appreciation of the markets informs traders that the most extreme market movements are those that are largely unexpected or improbable. That usually aligns to surprises on key event risk or attempting to pick tops/bottoms on remarkable trends. Those are understandably rare developments, yet traders seek them out far more often. Rather than seeking out the exceptional high return but troublingly infrequent events, plans to trade over a longer period of time (most of us are looking for a successful career of this) benefit pursuing higher probability with enough return to make the effort worthwhile. This should seem relatively straightforward. However, as with anything important that involves money, there is nuance.

When Expectations and Risk-Reward Start to Skew

While there is generally an inverse correlation between potential and probability (the greater the likelihood, the lower the payout), the relationship is not fixed to such extremes. Given enough time to process an ominous and seemingly disastrous threat to the financial system, the market may slowly deflate the ultimate impact the outcome can have as there was thorough time to evaluate its full fallout. Alternatively, an exceptionally long run from a particular market may carry with it the general probability of the physics of speculative appetite (a trend in motion is likely to stay in motion), but eventually the tempo can render the potential for follow through and threat of correction simply too extreme to pursue. There are a few examples from recent history that can exhibit these distortions. The S&P 500's current path for example skews the balance. There certainly is a greater probability of follow through on the bullish course, but the advance would likely be a crawl. Further, a correction would very likely be violent - if it is remarkable enough to turn this market... Brexit is a fundamental example of this same concept. In 2014, the Scottish Referendum rendered a 'status quo' outcome as did the UK's 2015 General Election. Come June 23, 2016, the people voted to leave the European Union unexpectedly and caught the market fully off guard. The result was a dramatic tumble from the Sterling.

Consider the examples above and believe that such situations are not as rare as most may think. There are those events where the situation may seem a straightforward outcome for the market participants or policymakers involved in determining the benefits and detriments to outcomes. An important example is the US-China trade war. Currently, there is little reflection of the systemic threat that this situation represents for the global financial system. With the S&P 500 at record highs and capital starting to flow back into risky Chinese assets via the Hong Kong Dollar and Shanghai Composite, clearly complacency is in full force. Yet, any certainty that the two largest economies would come to an agreement for mutual preservation should be banished by now. The volleys of economic and financial interference have come more quickly and in larger scale. The trade negotiations between the US and Canada is another such example. Though it may make sense that these two countries (each other’s' largest trade partners) would come to some compromise to protect their collective strength, the Trump administration has proven aggressive in its tactics and expected deadlines have consistently come and gone. And, then there is the Brexit again. The Sterling has steadily risen these past weeks as confidence of a compromise grew despite the troubling language between UK and EU counterparts. I was heartily crushed this past week though when an official summit ended with clear disagreement and angry words. We discuss the flexibility of probability and potential in today's Quick Take Video. 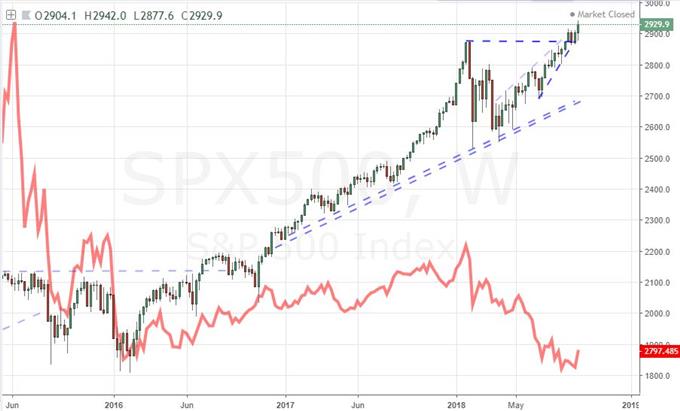