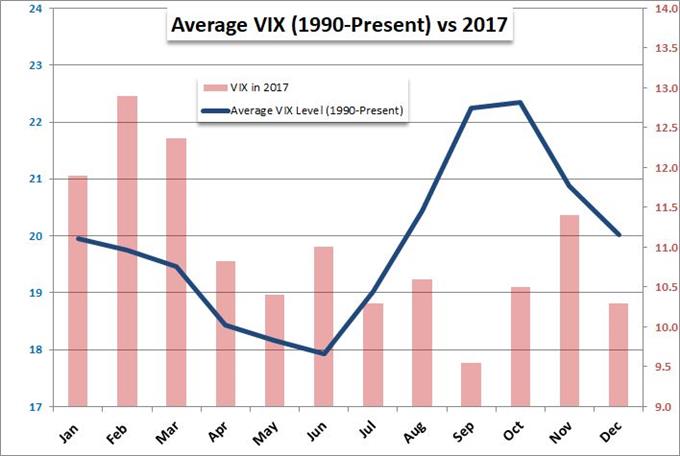 Will the Return of Liquidity in September Revive Volatility and Trends?

Doing an after action report of August, it is reasonable to assess the kind of inactivity we have come to expect for the month via historical averages. Seasonality studies show the month we have just called to a close as one of the least active of the year. In fact, when we adjust average volume levels for months by practical trading days, August is unrivaled for its lack of turnover on the S&P 500 (one of my favorite - and flawed - measures of risk trends). However, even more remarkable than the extremes of inactivity through the month of August is the exceptional reversal in tempo typical for the subsequent month. Seasonality studies show that through the life of the VIX Volatility Index, activity in the capital markets hits its zenith through September and October. Volume through the same benchmark US index increases over the same month, but it is the performance that truly stands out. September is the only month of the calendar year that has averaged a loss for the equity benchmark. Will these norms hold during this year's seasonal transition or will this by an exception? Deviation from norms are not uncommon, but there is plenty of fuel to catch should the fire start. Open trade wars, threats of a full emerging market crisis and the inevitability of monetary policy normalization all present systemic threats. It is easy to project years of complacency out through the indeterminate future, but the charge of volatility as recently as February signals a crack in the resolute confidence of inactivity.

The Importance of Interest in the S&P 500 and Dollar

As we monitor the battle between seasonal sea changes and structural inactivity, it is important to assess underlying conditions and monitor key assets for their measure of the financial system. One of the key factors of the markets' settings these past years has been the steady reduction in participation alongside a tangible concentration in risk assets. Volumes for a range of popular assets including the US equity benchmarks have cratered to extreme lows alongside the VIX's frequent retreat below 10 - an extraordinary feat but a frequent one in in 2017. Despite the dive in activity, there has nevertheless been a clear reach for greater exposure to higher risk corners of the market. We can see this is notional terms through open interest and the use of leverage at a speculative level, but it is also evident in the preference and performance of specific assets over others. It may seem that US indices are not as risky as emerging markets, but the increasing dependency on capital gains versus known streams of income for return suggests exactly that. It is this particular appetite and outperformance for the S&P 500 that earns it the position at the top of the watch list. The benchmark has advanced to a record high this past week despite the wide discrepancy from so many other sentiment-motivated assets. Meanwhile, its volume has stagnated across index and derivatives while open interest has not wavered from its buoyant levels. For different reasons, the Dollar is another systemic measure worth monitoring. This currency is typically treated as an ultimate safe haven, but the Fed's drive to raise rates while its peers have stagnated distorts its position on the spectrum. Further, this currency represents the genesis of one perhaps the greatest pressure on the global financial system and economy: trade wars. Where this currency head next will likely signal much more than just rate expectations from the Fed or the forecast for US growth. 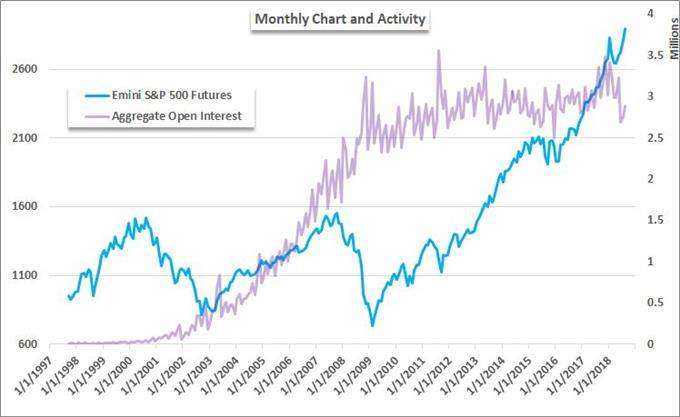 There are certain key markets that will play the role of systemic signal and then there are those that can play the part of discreet catalysts. One such measure that has earned our attention recently are the emerging markets. The EEM ETF has dropped substantially over the past four months, but it is perhaps the currency segment of the region that has posed the greatest overall threat. While tension was initially most intense for countries that were under specific US sanction (Iran, Russia and Turkey), there has been a notable contagion to unrelated economies. The South African Rand and Brazilian Real are a few BRICS that have come under pressure while the Indian Rupee has hit a record low versus the US Dollar. The recent extreme has been the Argentine Peso which dropped more than 30 percent at its lows just over this past week. There have been plenty of emerging market-sourced crises in history, it wouldn't be particularly novel to see another take the reins on a market-wide sentiment shift. Meanwhile, volume and capital flows into (and out of) the likes of the EEM can signal the intensity of pressure. Another important and overlooked catalyst are Treasuries. While still the ultimate safe haven should the financial market seize, there are dramatic distortions owing to the repercussions of trade wars and scale of stimulus the Federal Reserve represents in a time of excess monetary policy accommodation. We consider the convergence of seasonality seas changes and years of speculative excess in this weekend Quick Take Video. 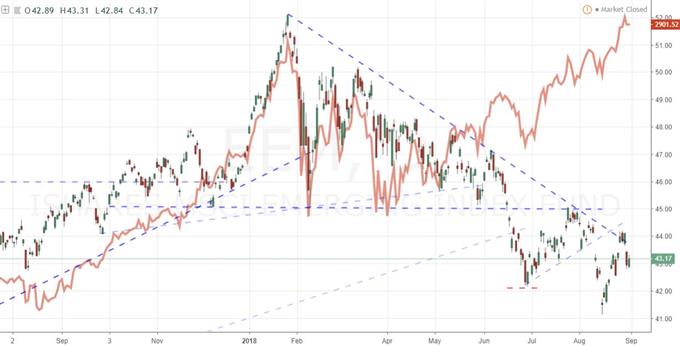