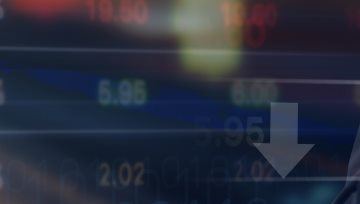 The S&P 500 broke out a multi-week range last week and is looking to test the record high or better, but a big-picture top-side trend-line stands in the way. Gold is backed down into the first line of support, it’s anticipated to hold for now, but long-term levels still remain a major headwind. Crude oil has been lifting but that is currently being challenged as a trend-line from last year stands in the way.

S&P 500 out of range, looking at prior record highs

The S&P 500 recently broke out of a multi-week range, and on that it skewed the bias of the market back to the upside. There isn’t much preventing the SPX from rising up to the record high at 3028, but should it do so it may be difficult for further gains beyond that point as the trend-line running over from peaks in 2018 crosses over. This may turn out to be another solid sell point. Should the market fail back inside the range without reaching resistance, under 2930 on a closing basis, look for weakness to take it back down to the bottom of the range at 2822.

Gold price is finding some support, but has major headwinds

The price of gold has been fading as of late, but that may be coming to an end, at least in the near-term. The lower parallel from late-May is crossing right under current levels. A bounce is anticipated, but could be only temporary as major resistance from 2011/12 remains in the way. A small head-and-shoulders pattern may emerge on a bounce and fail. A scenario we will revisit should it become relevant.

The small rally in crude oil could come under fire again here shortly. It is trading at a trend-line that connects the 2018 and 2019 highs. Yesterday, a Doji was posted and suggests a power struggle. As long as a break above the candlestick high (58.77) doesn’t hold, look for oil to at least undergo a pullback. If a close develops above the candle high (> trend-line), then further strength could develop. 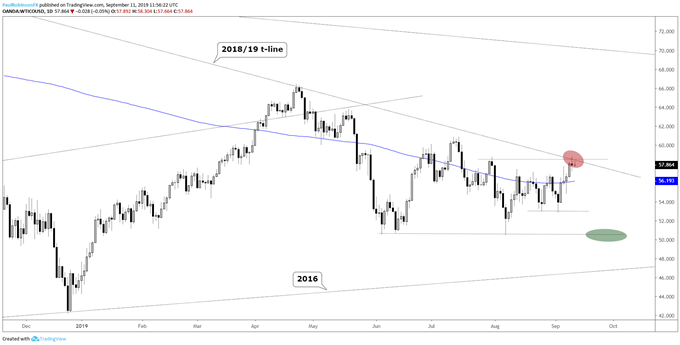