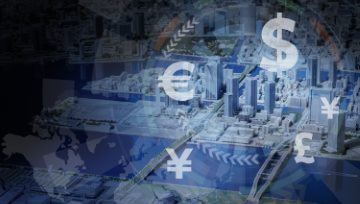 Volatility is low, and as such opportunities aren’t in abundance, but nevertheless there still exists set-ups worthy of our attention. EURJPY is posting a corrective-looking formation as it nears resistance, so is AUDJPY. AUDUSD is trying to break a long-term trend threshold that at the very least puts shorts on notice, possibly brings longs into play. Gold found support and is poised to trade up to resistance here shortly; same looks to be the case for the Euro, too.

Fresh Q2 Forecasts are out for major markets and currencies. Check them out on the DailyFX Trading Guides page.

EURJPY continues to grind its way higher, but that may soon come to an end if the corrective-looking wedge has anything to say about it. Price is also working its way towards resistance, depending on whether you give it wiggle room or not, it is already there. Waiting for a breakdown out of the wedge before running with a short trading bias.

The Euro is coming out of a low (and inverse head-and-shoulders pattern) after trading near last month’s bottom. There is a bit of room to run higher before trend-lines converge down on EURUSD. For now, trading bias is higher until resistance is met or strongly negative price action shows up beforehand.

EURUSD Daily Chart (has room to rally a little higher)

AUDUSD is trying to cross trend resistance from January 2018, but even as such it still has resistance not around 7168 and the 200-day MA. I’ve been viewing this chart from a bearish perspective, but now looking to abandon that outlook in favor of a neutral bias. Longs don’t hold great appeal here from a risk/reward perspective due to the close proximity of fresh resistance levels.

AUDJPY may present traders with an attractive set-up soon, as the top of the range in place this year is getting tested again. Keeping AUDJPY guided higher for now is the trend-line running up from the bottom of the range. The wedging price action up against resistance suggests a validation of resistance or breakout is nearing. A break of the sturdy underside trend-line will have the trading bias tilted towards seeing the low-end of the range. A breakout will shift focus towards bullish bets as long as a move outside the range is sustained and not a head-fake.

Gold is trading up off support after putting in a solid reversal last week. This is bringing the trend-line from February into focus and potential for a wedge to form. This would be a welcomed event as these patterns can lead to strong price moves once a breakout occurs.