The video above is a recording of a US Opening Bell webinar from January 14, 2019. We focused on the Elliott Wave patterns for key markets such as SP 500, NASDAQ, Gold, DXY, EURUSD, NZDUSD, USDCAD, USDJPY, and Oil.

We have been highlighting the potential for a stiff fall in S&P 500 since October. S&P 500 has been pressing the upper bounds of a bearish extended third wave. Though S&P 500 broke below its (2)-(4) trend line, it has subsequently rebounded back above. If this market is going to sell off in an extended third wave lower, then we should witness the correction resuming within the next few days.

The inability of S&P 500 to resume its correction this week will have us seeking more bullish patterns in the near term marking the December 24 low as an important low. 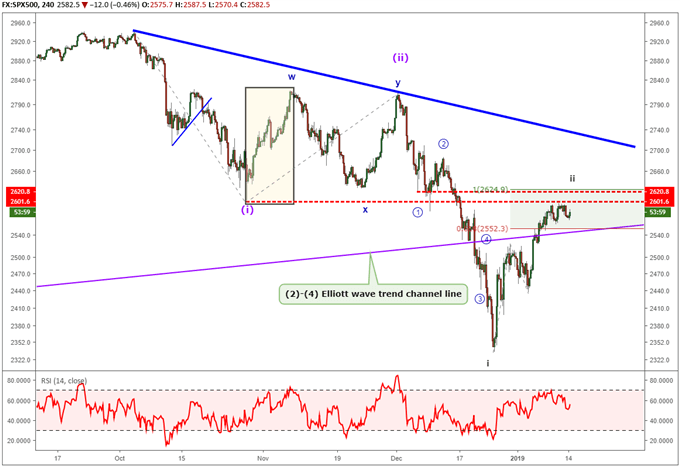 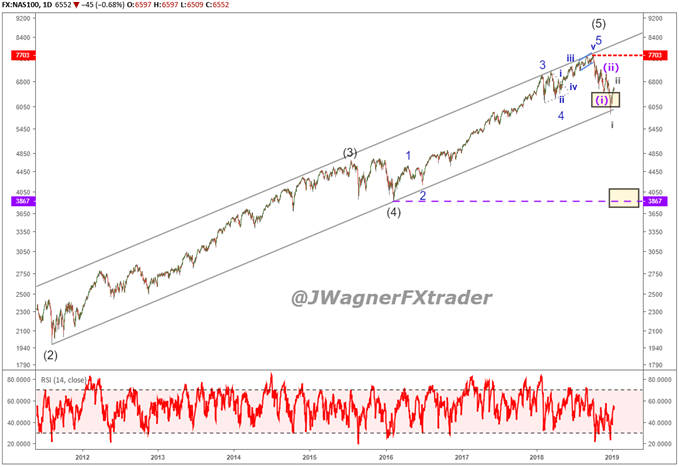 Little has changed from last week as gold prices have been consolidating for the past two weeks. Based on the structure of the advance from November 13, this rally appears incomplete.

The preferred Elliott wave count we are following is that the advance is a (w)-(x)-(y) double zigzag. Under this structure, it appears the current Elliott wave for gold is wave ‘b’ of (y). This implies a dip possibly to the $1250-$1260 area to finish wave ‘b’. From there, we would anticipate a motive wave higher of five waves that likely moves beyond the $1298 price extreme. The estimated termination zone of wave (y) is falling near $1320-$1335. We can focus more on the potential reversal zones in wave ‘c’ after wave ‘b’ is in its final stages.

There are other Elliott wave counts we are following that are a bit more bullish. Until we see evidence of those being the preferred count, we will focus on the double zigzag higher.

How to trade gold 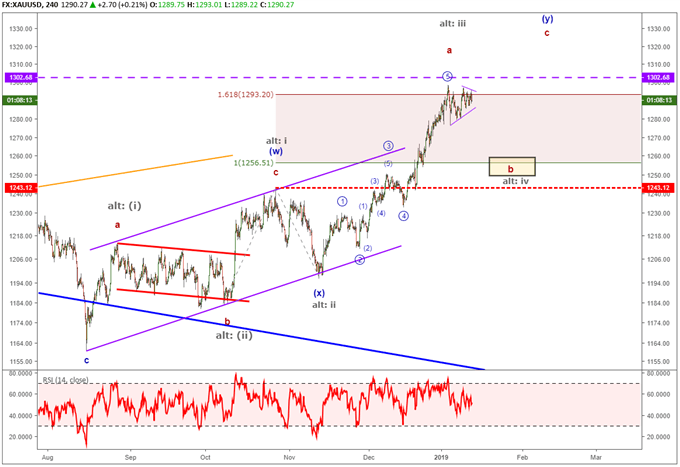 NZDUSD Rallies in an Impulsive wave

We have been tracking NZDUSD closely for the past two months. After an impulsive wave from October 2018 to December, this advance appears incomplete. Therefore, we are anticipating another motive wave higher and it’s likely it has begun from the .6585 low. If so, wave relationships appear near .7142 and .7486 for a subsequent advance. So long as NZDUSD remains above .6703, objectives mentioned earlier remain in focus. 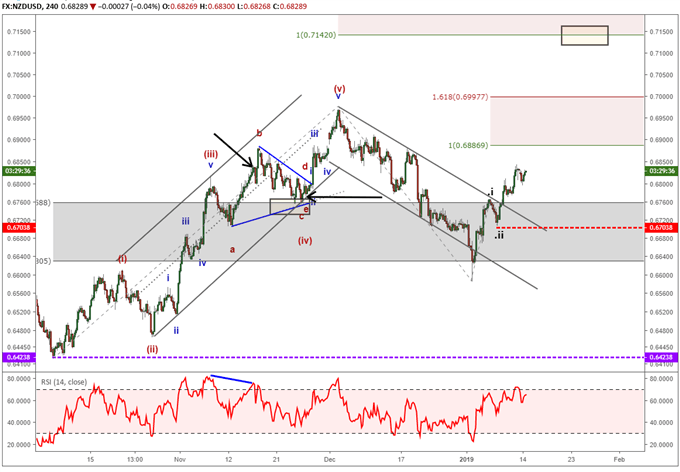