The decline in crude oil off major long-term resistance hasn’t disappointed in terms of magnitude, with key lines of support breaking yesterday more weakness is expected. Gold price met important resistance in the vicinity of 1235/40 and found opposition yesterday, focus is turning lower. The DAX broke big neckline support and at risk of trading to 2011 trend-line, while the S&P 500 tries to hang onto its last line of support before becoming at risk of a much larger decline.

The turn down from the 2008 trend-line/2012 lows has been a big one, but with market sentiment as bullish as it was this isn’t coming as a surprise. With the important July slope and June trend-line from 2017 broken along with the 200-day MA, oil is looking at a run on bottoms from June and August in the area of 64.45/63.62 if it can’t hold a minor trend-line connecting those lows. 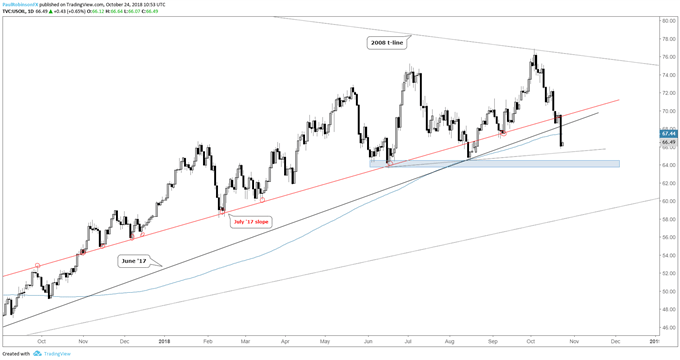 Gold ran aground into the 1235/40 resistance area and looks poised to turn down with yesterday’s mini-rejection. A turn lower will once again have the 1214/10 region targeted, with the lower parallel from August in play on a break below price support. Tactically speaking, the outlook now appears to favor sellers. 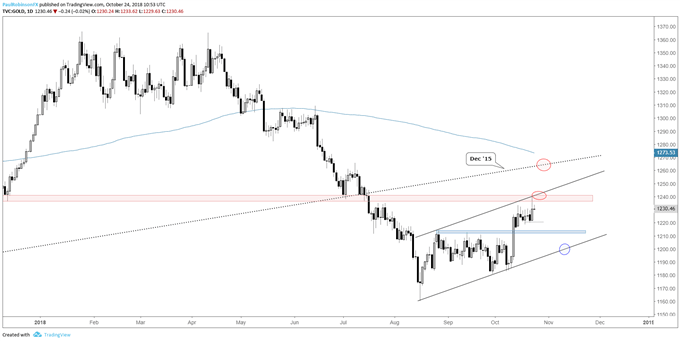 S&P 500 and Dow trying to hold onto support; DAX in bad shape

The S&P 500 is hanging on to support by a thread as it is just below the Feb 2016 trend-line/200-day combo and on the lower parallel running back to the early-part of the year. Yesterday’s reversal may have been a retest but if it doesn’t get into gear and we see a close below yesterday’s low at 2691, then look for much more weakness. But for now, support will be given the benefit of the doubt

S&P 500 Daily Chart (holding onto support by a thread) 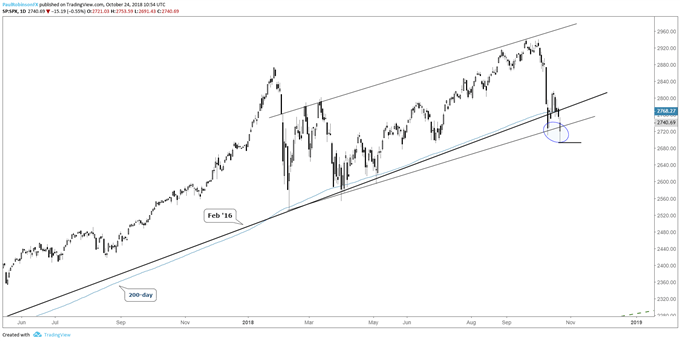 The Dow reversed yesterday off a trend-line from the spring to close again back above the 200-day MA. This keeps it support for now, but as is the case with the S&P 500, should yesterday’s reversal not hold then look for lower prices to follow. 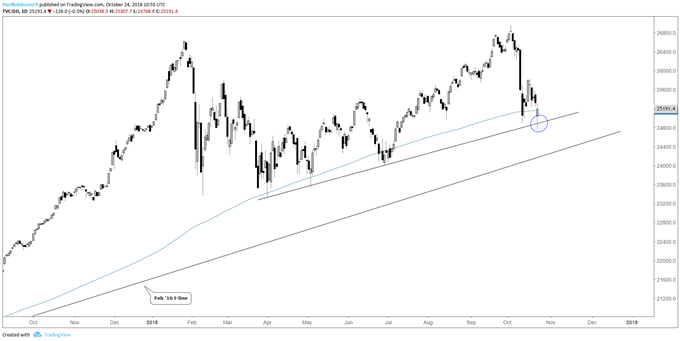 The DAX dropped below the neckline of a broad head-and-shoulders top dating back over a year-ago, but has the 2011 trend-line below to keep it supported for now. Overall, though, the DAX and Euro-zone equities are at risk of further losses if they don’t soon recover. 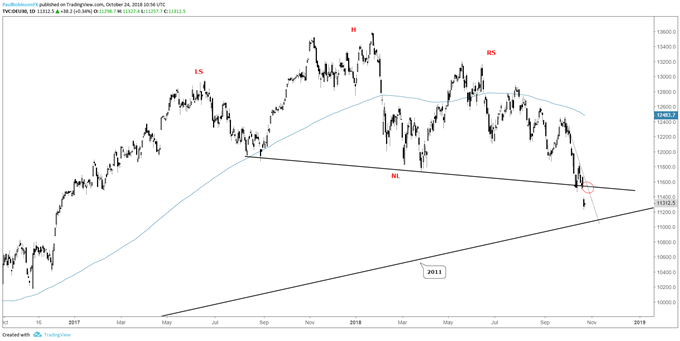