The Euro is caught between the lines, with the area around 11500 as resistance and a trend-line, recent lows keeping it supported – something has to give. USD/JPY has trend support to lean on for now, but a break could lead to heavy selling. NZD/JPY channel offering guidance, stay in trade higher, break below and selling to resume. Gold is giving the 1235/40-area a real go in today’s session.

EUR/USD caught between the lines, something has to give

EUR/USD is caught between the area around 11500 that has been in play since the end of May and trend-line support from December 2016 along with recent lows. This has the outlook looking murky, something which has been all-too-common in recent months.

The chart is leaning lower and a break below the trend-line will at the least start to create separation from the choppiness which has dominated much of the trade in recent months. For now, wait and see looks best, but a descending wedge on the 4-hr could change that bias quickly with a little more time. 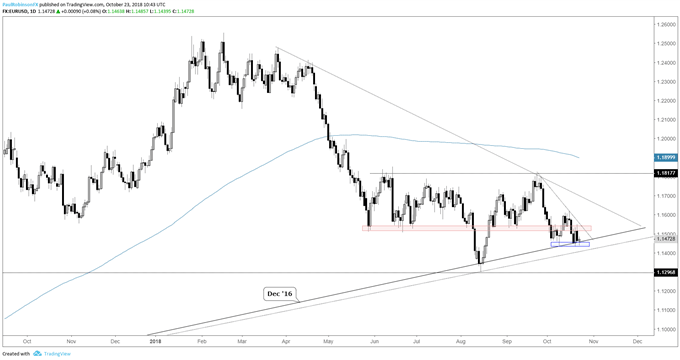 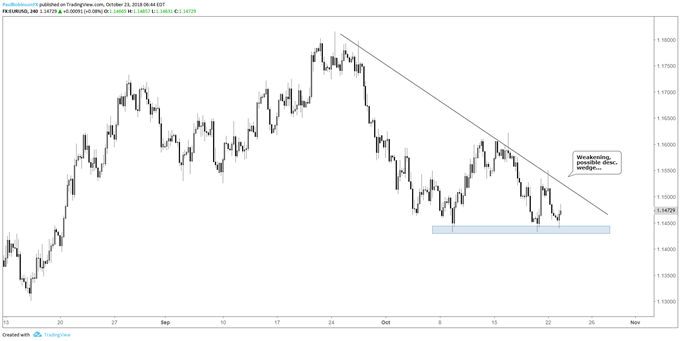 USD/JPY has trend-line support to lean on for now

USD/JPY recently held the trend-line from late March and with that it has been able to keep the benefit of the doubt in favor of the uptrend. But with pressure coming on global markets that could change soon. A break below the trend-line and 10/15 low at 11162 will have focus shifted towards 11000, but not until a breakdown confirms.

USD/JPY Daily Chart (keep an eye on the trend-line) 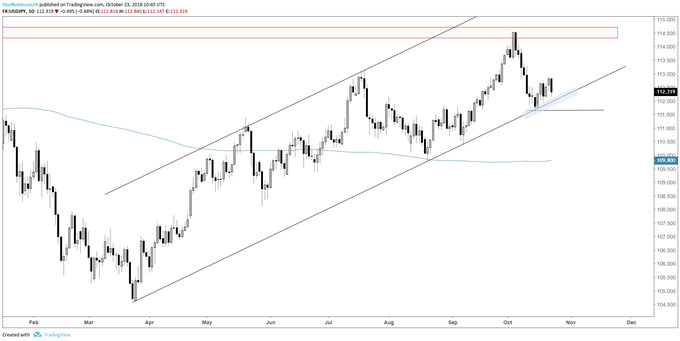 NZD/JPY channel can be used as a guide

While I am watching all the JPY-crosses, NZD/JPY is one that often-times gets glossed over, however, that could change with a defined trading channel in progress. Stay within and the bias remains tilted higher in the short-run, but break the lower parallel and recent swing-low at 7318, and forces from the broader downtrend could kick off more selling. 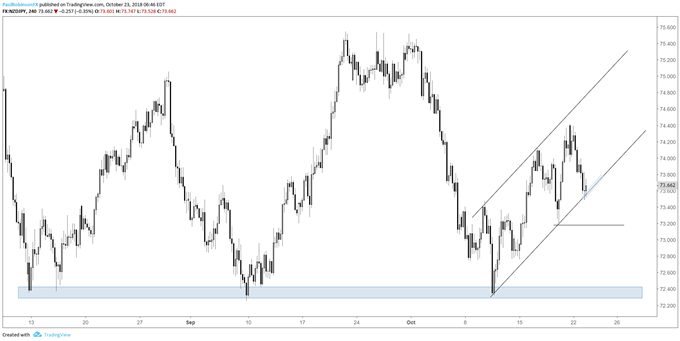 Gold is trying to trade higher out of a consolidation pattern and is facing off with its first test of resistance since breaking free from the multi-week range snapped earlier in the month. The 1235/40 area extends back to December. How gold handles this test will determine whether we should continue to run with a bullish bias or at least turn neutral. A strong break through resistance will have the December 2015 trend-line in focus, while a sharp push lower will neutralize the outlook. 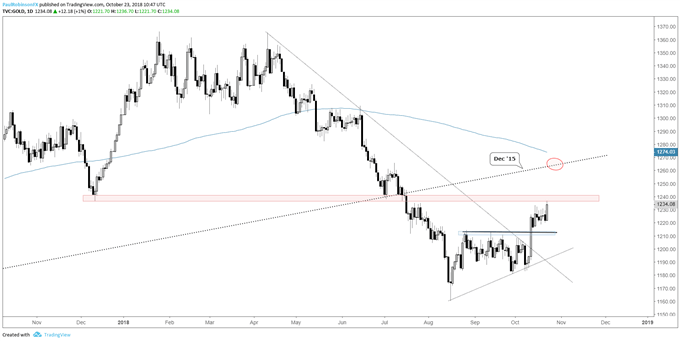