Equities Indices have consolidated from last week’s rout. SP 500, Dax 30, and Nasdaq appear vulnerable to additional losses. US Dollar Index has reversed towards weakness as expected and the current wave of weakness appears incomplete.

The video above is a recording of a US Opening Bell webinar from October 15, 2018. We focused on the Elliott Wave and patterns for key markets such as SP 500, Dax 30, Nasdaq, Gold, Silver, Oil, US Dollar Index, EURUSD, GBPUSD, USDJPY, and Bitcoin.

The current correction found support at the top of the larger triangle trend line. A move below last week’s low becomes an early warning signal that a much more meaningful high is in place. The advance is in jeopardy if the April 2018 low is broken near 2551. 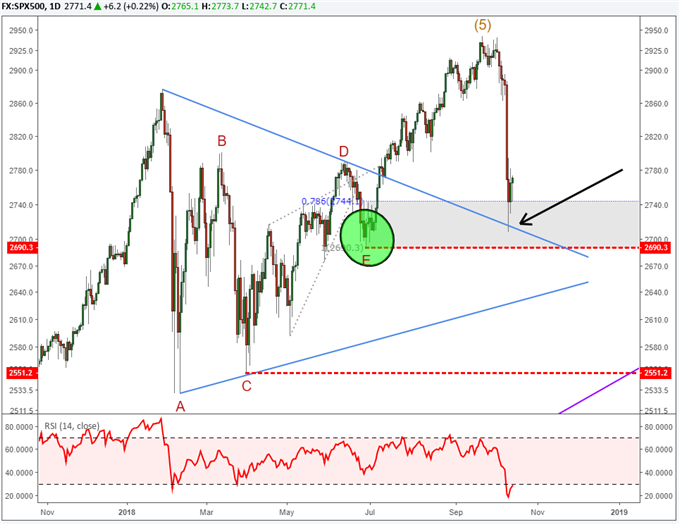 The price action in NASDAQ 100 will paint the picture of the near term future in the next couple of days. Much like SP 500, it too appears to need another dip to finalize the bearish impulse wave. If the correction digs deeper than 6430, then we will place more weight that an important top is in place. A break below the grey 2-4 Elliott Wave channel line will spell disaster for the tech index. If we break the grey line, then the door is open for 3900. 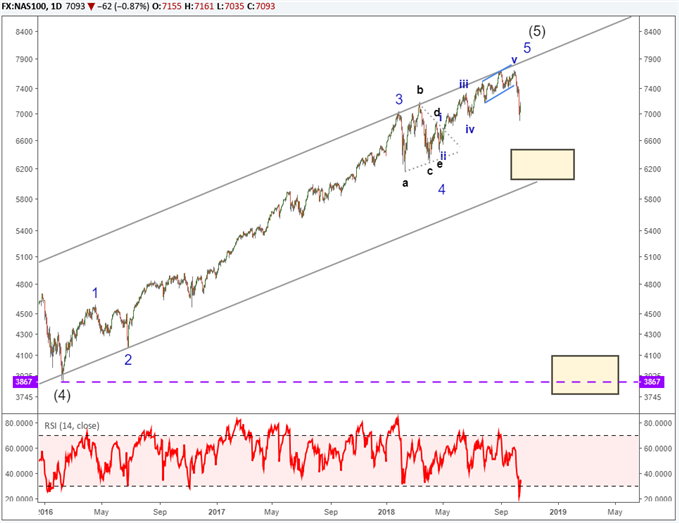 Could Dax 30 be leading the US indices? Dax 30 has already broken its respective 2-4 Elliott Wave channel line. The weakness from last week forced it deeper into the 2016 to 2018 up trend. The overall pattern is bearish and the wave picture makes it appear as though a 10,600 test is coming up. If a longer-term top is in place, 8700 is a target to follow. Look for support levels to break in SP 500 and NASDAQ to breathe life into the deeper retracement. 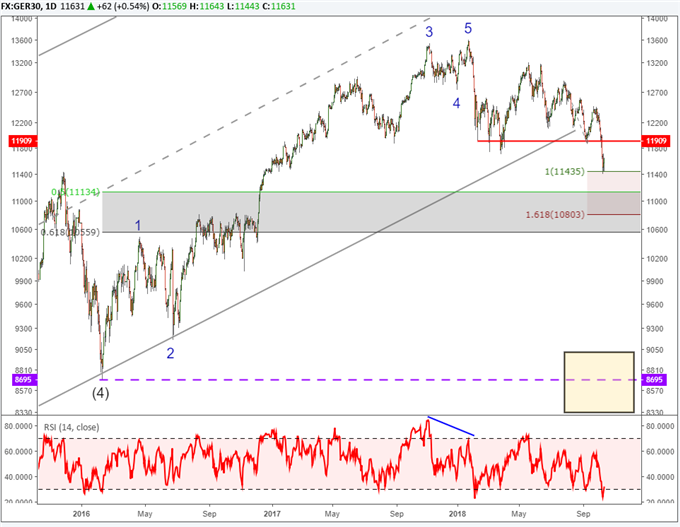 Circle wave ‘b’ continues to unfold to the downside. It appears the current Elliott Wave for US Dollar Index is that wave (b) of circle ‘b’ has finished on October 9. That means wave (c) of circle ‘b’ is underway towards lower levels. The levels we identified in last week’s webinar remain valid. We are anticipating a bearish run to press below 93.80 and possibly to 92. 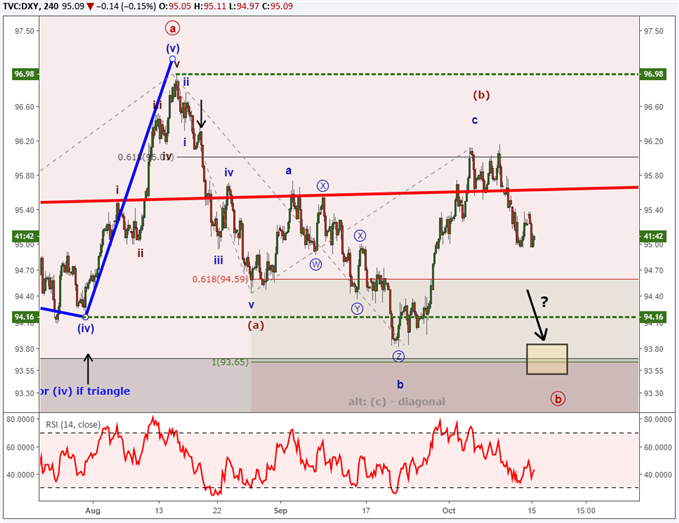 We have been maintaining a good scent on EURUSD using Elliott Wave Theory. EURUSD will generically behave in the opposite direction of US Dollar Index.

The Elliott Wave picture we are following is that EURUSD began wave (c) of an (a)-(b)-(c) zigzag pattern higher on October 9. We opened a long position last week at 1.1550 as bullish EURUSD patterns emerged. The bullish targets include 1.1850 and 1.2125.

We anticipate this move higher will be an impulse wave or diagonal pattern. If the pattern is successful in developing, then we can more identify the potential for a topping level as we approach it.

Sentiment has shifted lower which signals the potential for continued moves higher. Current live sentiment for EURUSD is +1.09 down from +1.40 seen last week. 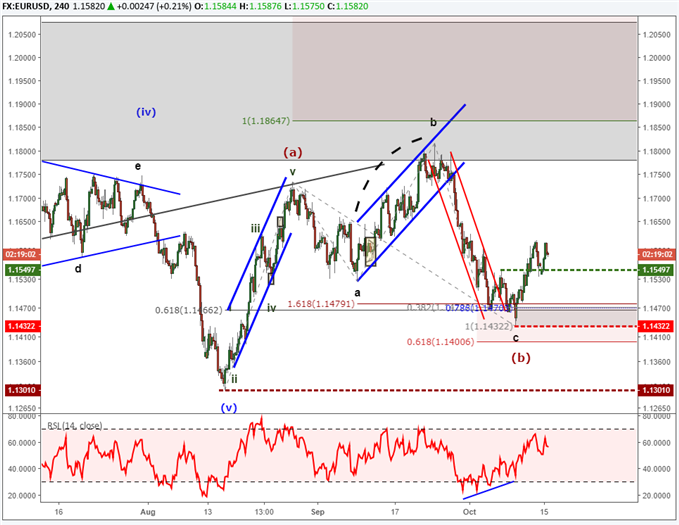 The price action on the Bitcoin chart appears to be carving an Elliott Wave triangle that began in February 2018. It is possible to count the minimum waves in place for Bitcoin. If this is the case, then Bitcoin may drop below $5755.

If this is the proper count for Bitcoin, then an important low may form in the low 5,000’s in the coming weeks.

A guide to day trading bitcoin and other cryptocurrencies 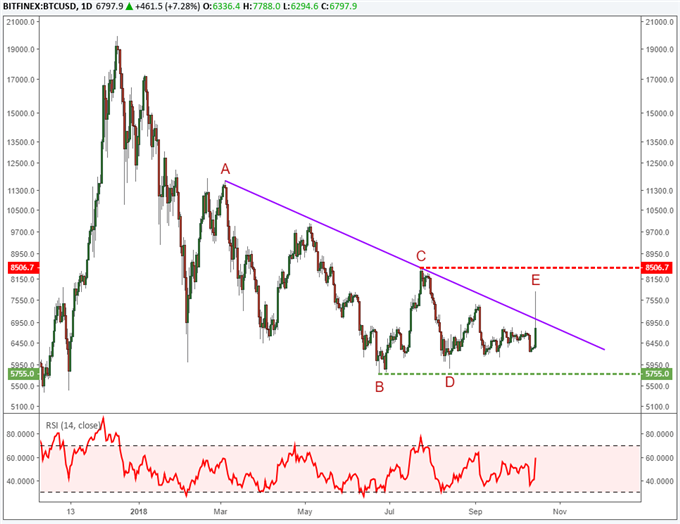