EURUSD tests recent lows near 1.1550. We anticipate support forming nearby for a rally to last for the next several weeks.

The video above is a recording of a US Opening Bell webinar from October 1, 2018. We focused on the Elliott Wave and patterns for EURUSD, Dollar Index, USDCHF and others. It appears the USD may temporarily gain more strength prior to another round of weakness to last for a large portion of 2018.

EURUSD reached a high of 1.18 during the FOMC announcement on Wednesday and has fallen since. We view the current Elliott Wave as wave ‘c’ of (b). It is possible that EURUSD may fall further to 1.1450 to finish wave ‘c’ of (b). Therefore, look for resistance levels to break prior to initiating bullish positions. We are counting wave (b) as an expanded flat correction.

Sentiment has shifted towards the positive which signals a bear run. Current live sentiment for EURUSD is +1.03.

There is another wave count that could drive EURUSD to 1.12 to 1.14, but this sell off would be temporary prior to embarking upon another bullish run up to 1.18. The higher probability Elliott Wave counts we are following hint at an eventual test of 1.20-1.22. Whether that run starts from 1.15 or slightly lower levels has yet to unfold. 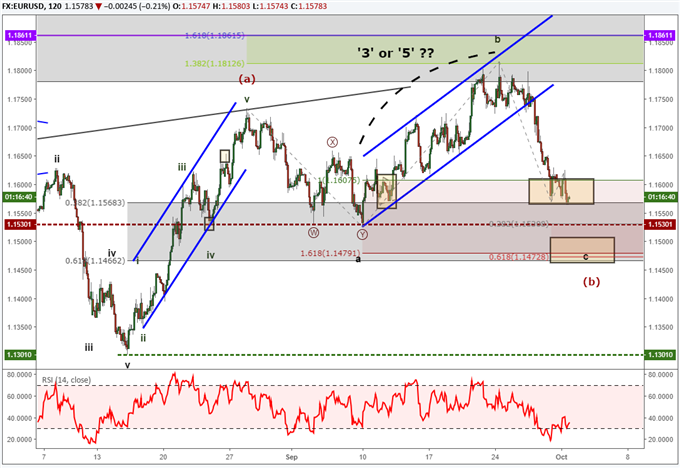 US Dollar Index rebounded higher as anticipated from last week’s webinar. It is possible the rebound finds resistance and turns lower from nearby levels. Just like EURUSD but in the opposite direction, we are counting the current wave as ‘c’ of (b). This wave could creep higher towards 96 and still be considered normal. For this analysis to remain correct, DXY would need to hold below 96.98. 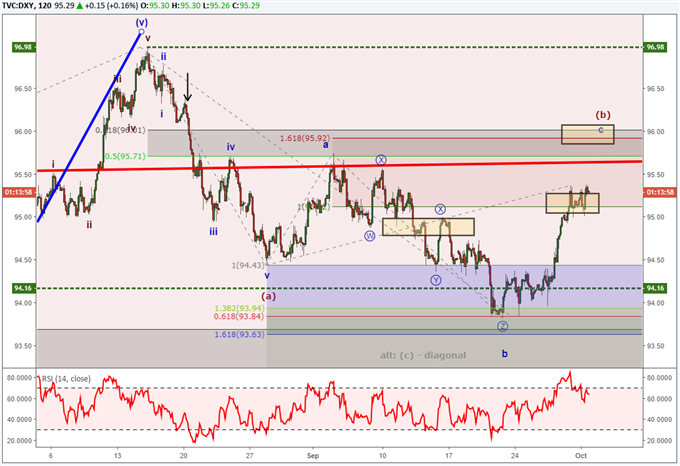 USDCHF has rocketed higher over the past couple days. Due to the bearish impulse wave from July 13 to September 21, we believe this rebound higher may prove temporary. There is a cluster of wave relationships appearing from 9870 to 9880. We will look for signs of a bearish reversal and possibly consider a short trade. Stay tuned to my bio page and twitter page for updates on my thoughts to a USDCHF trade. 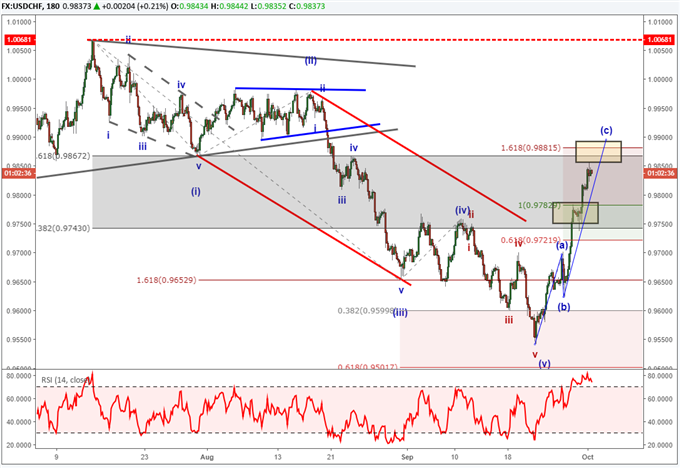 USDNOK and EURNOK charts sport bearish patterns as Norwegian Krone has been strengthening for the past couple of weeks. Prior to the Norges Bank meeting September 20, we closed out half of both short EURNOK and short USDNOK to remove risk from the market. USDNOK went through a brief rally but has returned towards lower levels. For the moment, we are hanging on to the remainder of both EURNOK and USDNOK short. We are targeting 7.96 and possibly 7.63 for USDNOK. We will likely close the remainder of the EURNOK short position as it nears our target of 9.41.