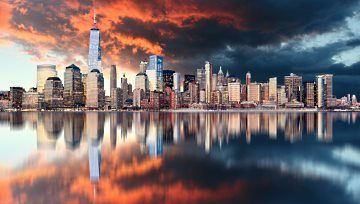 As we near the final trading day of Q3, a number of themes remain of interest and some of the more prominent FX themes have come into question in the waning days of the quarter. Risk around the Euro began to show again, and the currency dropped below a few key areas of support as fears around Italy built as a number of questions remain about the Italian budget. This is still very early, and is somewhat related to the May theme that saw the single currency sell-off; but as we walk into Q4 it does bring to question the potential for Euro strength as we move towards the end of the year. This also brings to question direction on the US Dollar, as that May sell-off in EUR/USD helped to invoke a bullish breakout that held for most of Q3. Prices have slipped-lower leading into today, but today’s pronounced topside move needs to be taken into consideration, which we attempted to do in a number of setups around the US Dollar.

US Dollar Strength Comes Roaring Back Ahead of Quarter-End

Today has brought a strong top-side push in the US Dollar, and the fact that this takes place a day after the FOMC rate hike might appear as though this is coming from a monetary push. Yesterday’s FOMC did take on a more-hawkish tone as the Fed removed the key word of ‘accommodative’ in reference to their monetary policy, but this was spoken to by Mr. Jerome Powell in the accompanying press conference when he said that had no significance to the bank’s rate hike path. The big move of US Dollar strength began to show around 1:00 AM this morning, so it doesn’t appear as though it was a move to price-in a hawkish FOMC as much as it was resembling a risk-off move similar to what we saw in the US Dollar and EUR/USD in May and again in early-August.

US Dollar Hourly Price Chart: USD Strength Begins Ahead of Euro Open, Yet to Calm Down

As we noted, this is a short-term observation relative to a long-term scenario, so traders would likely want to avoid trying to chase the Dollar here with one day left in Q3. But – if we do see continued strength, a topside break back-above 95.00 and a hold of higher-low support could re-open the door for bullish strategies in the US Dollar.

EUR/USD Bullish Trend in Question as Prices Drop Below Support

The big fear in May appeared to emanate from Italian politics, as the recently elected coalition did not appear to be very friendly with the ECB and the European Commission. The potential for a debt standoff between Italy and the Euro-Zone create risk aversion in both USD and EUR/USD, and this created some profound trends in each market. June and July largely brought a hold of support in EUR/USD, even during a key ECB rate decision, and prices didn’t break down until early-August as fears around Turkey began to grow prominently.

But that reversed in mid-August, and prices had been running higher ever since. Until this morning, that is, when price action broke down below a big zone of support, bringing questions to bullish continuation strategies as we move into Q4.

It’s been a pretty volatile Q3 for the British Pound, as the currency came into August by breaking down to a key Fibonacci level, from which developed a strong reversal that turned into a bullish trend. We’ve been looking into this trend over the past week, looking for higher low support after a hold of the zone above 1.3034-1.3065. As we move into Q4, the big area of interest remains around the 1.3000 psychological level. If bulls can hold the lows above this price, the door can remain open to bullish strategies. If we break-below it, we’re likely looking at either a really strong US Dollar or very negative Brexit dynamics, which would then make the prospect of bearish strategies in the British Pound as a bit more attractive.

Indicating that this recent uptick in risk aversion around the Euro, which is also showing in the US Dollar, isn’t creating too much worry is the move seen in USD/JPY. Earlier this morning, as we wrote, this could be looked to as an indicator of risk aversion, and at the time we had a series of lower-lows and lower-highs. That has soundly been broken and the pair is pushing up to fresh eight-month highs, keeping the door open for Yen-weakness as we move into Q4.

For next quarter, this will remain as one of the more interesting FX themes as the door appears open for the Bank of Japan to remain as one of the most loose and passive Central Banks in the world. But, as we’ve been saying, this theme could likely remain as more attractive elsewhere as the US Dollar remains rather volatile with near-term trends.

EUR/JPY Hold of Support at Prior Resistance After Euro Pullback

Also denoting that this morning’s risk aversion may remain contained is the bullish structure that continues to hold in EUR/JPY. Prices pulled back into a support zone this morning, and buyers have so far held up the move. This keeps the door open for topside setups as we move into Q3.

This is a bit shorter term, but may have impact on the longer-term backdrop in the pair. We’ve been following that key Fibonacci level at 147.04, and prices have recently ramped above that. We looked into a support zone earlier in the week that has continued to hold the lows, and prices are now finding sellers around a confluent zone of resistance. This could keep the door open for short-term bearish setups back down to support – but for the bigger-picture theme, that 147.04 level coming back into play could open the door for short-term bullish reversals which could, potentially, get back into the dominant trend of strength.

One market that is making a move that can be seen as nullification of a prior theme is the move in USD/CHF. While the pair has been in a consistent sell-off for much of the past two months, today has brought a strong bullish move that’s run through a number of resistance levels. In the webinar, we pointed out what’s different here from the move seen in EUR/USD, and why the USD/CHF setup could be seen as already having some longer-term impact.

At this point – the big question is whether that prior area of resistance that runs from .9684-.9716 can now become support for bullish continuation strategies.

We looked into this support zone coming into this week, and the bullish trend-line that’s held the lows in the S&P 500 came into play earlier this morning after the FOMC-fueled pullback in the index. Prices have held that support so far, and this keeps the index in a bullish spot as we move into Q4. Some pullback would be likely after such a strong quarter, and there’s deeper support potential around 2877 and 2860, as shown below.

The Dow has a bit more of a backdrop for bearish short-term themes as we’ve seen a hold of resistance from a downward sloping trend-line from last week’s highs. This wouldn’t necessarily eliminate the long-term bullish stance in the index, but it does urge caution for short-term strategies.

Dow Jones Two-Hour Price Chart: Lower-Highs Over the Past Week

As we move towards the Q4 open, the Nikkei is nearing a fresh 27-year high. We looked into the index coming into September, drawing attention to an ascending triangle that had been building for most of the summer. That breakout went down in a big way, and that enthusiasm has largely remained throughout the month of September. This appears linked with the recent theme of consistent Yen weakness, and this setup in the Nikkei deserves attention along with that Yen-backdrop.