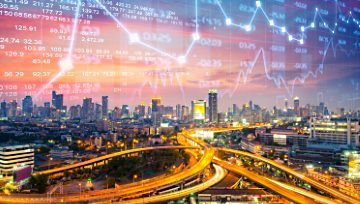 US Dollar Price Action Setups as USD Wobbles Near Support

In this webinar, we looked at price action setups across the US Dollar as the currency continues to test support around the August lows. While this doesn’t yet open the door to bearish USD trends, the case for Dollar strength is getting increasingly difficult to defend. In this webinar, we looked at setups on both sides of the US Dollar, while filtering through the setup in EUR/USD as the pair encounters a big zone of confluent resistance that it hasn’t yet been able to leave behind. We also paid some attention to the Yen, as Yen-weakness has continued to show promise after we looked into the matter in last week’s webinar. This leads into a big week for Japan, as tonight brings a BoJ rate decision and later in the week we get Japanese inflation. We also have some political drive as the LDP is going through leadership elections, and it appears as though Shinzo Abe may be set for another tenure atop the LDP and, in-turn, Japan. This may have something to do with the aggressive topside breakout that’s shown in the Nikkei over the past few trading days.

Dollar-strength was a two-month story at this point, as the currency jaunted up to the 95.00 level in late-May. Since then, we’ve had a lot of gyration and while that gyration retained a topside bias through most of the summer, matters have appeared to change since August 15th.

The second part of Q3 has been far less friendly to USD bulls than the first-half; and we’ve seen a descending triangle formation build as support is holding around the August lows. We looked at lower-high resistance zones last Friday, as USD began to bounce from fresh lows, and the area around 95.00 came into play in the early-portion of this week. But now – it appears as though the other zone is coming into play, and this is potential lower-high resistance off of the zone around 94.75.

EUR/USD Runs Back to Key Resistance: Can Bulls Push Through?

We’ve been following this zone of resistance in EUR/USD for more than a month now, and this is the same area that held the highs for the second-half of July. This area also includes multiple long-term Fibonacci levels, and we’ve even seen an increased frequency of tests at this resistance; which, when combined with the higher lows that have shown over the past week, may be indicating a near-term bullish breakout.

The item of excitement here is longer-term in nature, as a topside breakout from this zone could open the door to longer-term strategies of bullish continuation. This would be looking for the same theme that had developed in 2017 around EUR/USD strength to come back into play, in some degree or fashion. This could even led to an eventual re-test of the 1.2000 level, as a bullish break above the 38.2% Fibonacci retracement (of the 2017 up-trend) points to deeper resistance off of the 23.6% retracement of that same major move.

The Cable recovery has continued and we may be nearing a trap-like setup. We’ve been following the 38.2% retracement of the Brexit move as acknowledgement of bullish continuation potential, and that’s taken place as we were looking for so all is well on that front.

What hasn’t come along with that topside push, however, is a workable pullback to allow for bullish continuation strategies. We’ve even seen a bit of support develop off of the 38.2% retracement level, but this pullback may not be deep enough to keep topside setups as attractive.

Yen Weakness Shows Up, But Can it Continue?

While the US Dollar has been fairly weak of recent, the Japanese Yen has been even-weaker. We looked into this last Thursday, just after the US CPI print for the month of August was released, and that theme of Yen weakness has largely continued. Despite the fact that the Dollar has also been weak, USD/JPY has risen to test the 76.4% retracement of the November, 2017 – March 2018 sell-off.

As we’ve been discussing, themes of Yen-weakness will likely be more attractive elsewhere, key of which could be pairs like EUR/JPY and GBP/JPY; essentially taking away from currencies that have been showing strength against the US Dollar.

We included EUR/JPY as part of our FX Setups of the Week, and later yesterday brought a support test into the zone that we were following for establishment topside exposure. The door appears to remain open for bullish continuation here, but given that we have a BoJ rate decision tonight combined with the basket of JPY events for the rest of the week (CPI, LDP elections), traders can look for another pullback before looking to take on risk. At the very least, this could allow for adequate risk management for bullish continuation setups.

The level of 147.04 has had numerous items of interest in GBP/JPY over the past year. This level helped to mark a double-bottom in Q4 of last year, and another short-term item of the same in May of this year. Most recently, this price helped to mark the July 31/Aug 1 swing high in the pair ahead of a test of the 140.00 psychological level, and we’d even used this level to help set up short-side setups earlier in the month of August.

But we’re now looking at a different picture here: As GBP strength and Yen weakness have combined to produce a rather visible move on the charts, and this could hold additional bullish value for themes of continuation. At this point, that price of 147.04 is interesting for higher-low support, as this could allow for stops below the prior swing low of 146.23.

We’ve been following USD/CHF for bearish USD strategies of recent, and we looked into catching lower-high resistance around the .9750 level last week. That setup played out, and we’re now in the midst of a bounce from fresh lows. The pair retains bearish appeal as a zone of potential lower-high resistance remains from .9684 up to .9716.

We took a longer look at equities ahead of this week’s open, and we were largely looking for that geographic deviation to continue playing out as US equities continued-higher while pressure remained in Europe.

In the S&P 500, we looked at support plays off of 2883 to open the door for bullish continuation, which has so far played-out. At this stage, additional topside setups could be sought off higher-low support around 2894.

Nikkei with a Big Breakout Ahead of BoJ, CPI, LDP Elections

We’ve been following this one through the month of September, drawing attention to the building ascending triangle pattern ahead of the September open. This setup broke out in a big way last Friday, clearing a huge level of resistance as the 50% marker of the 28-year move in the index. We looked into the Nikkei again this week, looking for bullish continuation to keep pushing up to fresh highs, and that’s largely taken-place.

At this stage the challenge is one of positioning, and this is where the calendar can begin to help-out. If we can get some order of a pullback, similar to what was seen on Monday as bulls simply calm for a day or two, the door could soon re-open to strategies for bullish continuation. At this stage, chasing a fresh breakout ahead of big headline risk could present a series of challenges to the trader, so it’s probably best to draw the line in the sand and wait for the setup to form.

Nikkei Daily Price Chart: The Nikkei Breaks Out in a Very Big Way