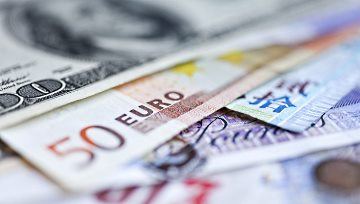 What is 'fair' or 'true value' for a market or asset? As the saying goes: value is in the eye of the beholder. And when we are dealing with speculative markets, there is heavy and ongoing debate over what the accurate value of anything is at any moment with the given fundamentals and speculation for what lies ahead. It should be no surprise to any investor or trader that has been active in a major asset class for more than a few months that prices can diverge far from textbook or academic appraisals. Such is the 'animal spirits' that we so often hear about in trading. However, the drive of momentum charged by the motivated masses is not an unchecked force. Eventually, the charge founded through greed or fear will inevitably hit an extreme from which the opportunity of rebalance starts to outweigh the risk of fighting the prevailing trend. It is that point that so many market participants attempt to identify for the greatest trade setups - the extremes of speculative runs that offer the best combination of technical and fundamental reversals. It is never wise to pick tops or bottoms given their general rarity normally functioning markets. However, such situation do occur; and ignoring such scenarios when they do occur is writing off some of the best trade potential the markets have to offer. So how do we take advantage of genuine opportunities while not being drawn in by false signals? An abundance of confirmation. 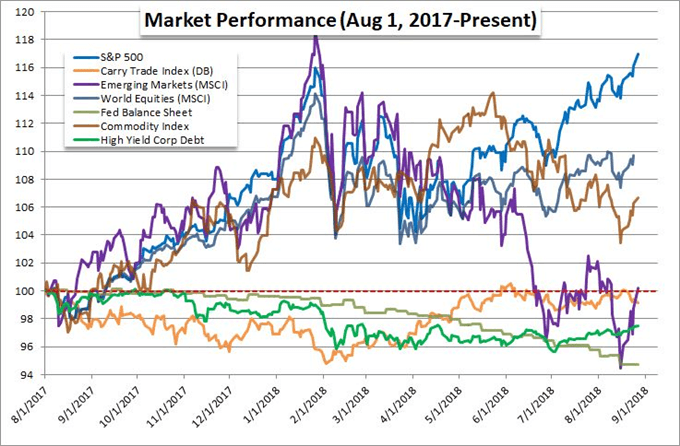 The Dollar and Pound Have Already Begun Their Rebalance

If you were looking for markets that have diverged widely from cautious measures of value, it would be tough to happen upon high profile examples. A benchmark that can readily be described as overbought is the S&P 500 which hit a record high just this past session while gold is holding just off of its own year-and-a-half low after a painful 15 percent, four-month drop. Yet, speculative over-reach is not unique to capital markets. The FX market is host to a range of fundamental and technical extremes of its own. Some of those deviations continue to expand while others are starting to show very early signs of rebalance. One such effort towards normalizing has developed for the US Dollar over the past few weeks. The DXY Index had triggered a high profile bullish breakout of a 12-month inverse head-and-shoulders pattern towards the beginning of the month. Speculative intent could have swept over the market readily and taken responsibility for momentum. Instead, the Greenback stalled mid-breakout and reversed course to take out significant support. There is significantly more 'premium' for the currency to work off, but the motivation for this move has yet to hit upon those systemic elements that would confidently be relied on for progress. A much more recent effort to work off excess has been made by the Pound. Just this past session, the British currency made a sharp move higher following remarks from European officials to suggest the Brexit course is not as dire as many had feared - and the market had priced in. If this belief sticks, there is considerable lift still ahead for the currency; but more reliable sources of conviction would be welcome. 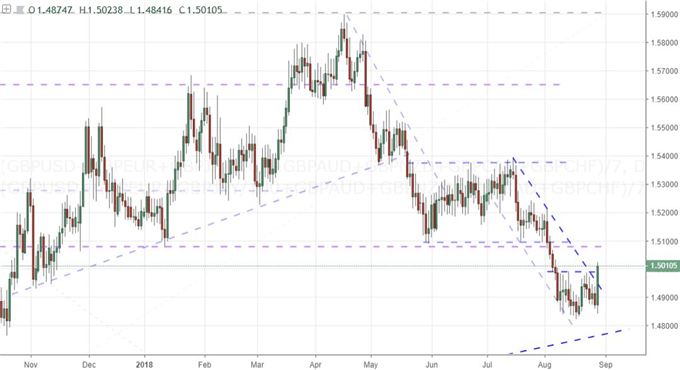 Extremes Moves for the Euro, Aussie Dollar and Swiss Franc As Yet Uncontested

For those currencies that are already tentatively turned the corner, there are just as many that have yet to market that first move towards correction. The Euro is one such major that has seen an extreme build up in a very short period of time. In fact, on an equally-weighted basis, the world's second most liquid currency has advanced 11 straight trading sessions. That is the longest series of gains for this benchmark since December 2012. Despite this consistency, however, there has been remarkably limited progress and even less fundamental conviction to back the enthusiasm. Keep an eye out for near-term correction. With a build up over a greater length of time but rendering far less consistency, we have the Australian Dollar. It is certainly weighed by the RBA's downgraded carry status and its troubles with trade wars (specifically its direct political issues with China), but is that a boundless well of weakness for the currency. An equally-weighted Aussie Dollar index this past session hit a two year low with a number of its crosses marking remarkable technical milestones. Given its divergence from risk broader carry and more dramatically from risk trends along with a substantial discount, we should keep an eye on any fundamental cues which may support early speculation to justify a recover. Combining both duration and intensity for speculative charge run awry from fundamentals, we have the Swiss Franc. This currency has offered little fundamental motivation of its own, and yet it has advanced 6 percent in the span of three months on a trade-weighted basis. That is remarkable given how little local fundamentals have improved and the general setting for 'risk on' to contrast this typical haven. When will the CHF and other extended currencies start their rebalance? We discuss stretched currencies and how to trade them in today's Quick Take video. 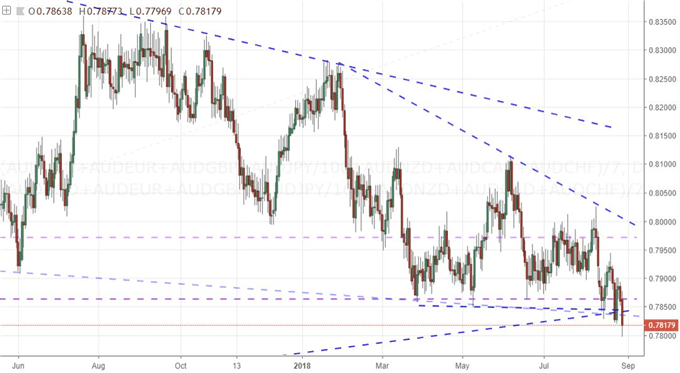