Using Elliott Wave Theory our analysis for US Dollar Index, EURUSD, and AUDUSD hints the USD wave of strength is over for several months.

The video above is a recording of a US Opening Bell webinar from August 20, 2018. We focused on the Elliott Wave pattern for US Dollar Index, EURUSD and other US Dollar pairs like AUDUSD. According to Elliott Wave Theory, US Dollar may have carved a multi-month top.

US Dollar Index appears to have reached the pinnacle of its advance that began February 2018. We can count the satisfied five-wave impulsive move in place that has terminated the bullish impulse wave on August 15. 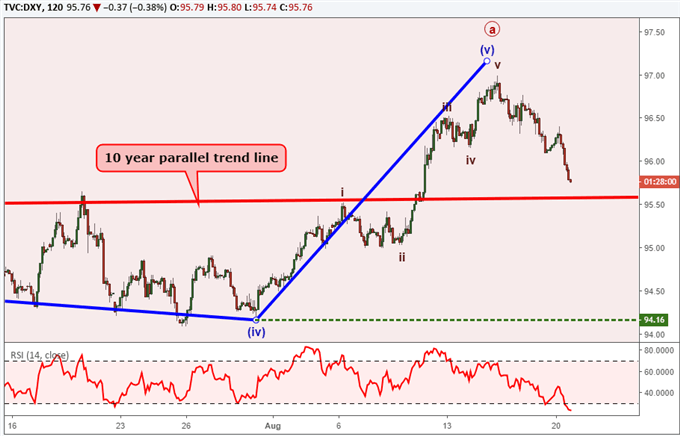 We are counting this current Elliott wave as circle wave ‘a’ of an a-b-c zigzag pattern. This suggests that a multi-month corrective dip has just begun and US Dollar index is getting ready to dip below 94.16. Obviously, DXY may drop even further, but we are considering the previous fourth wave low at 94.16 as the first level of support in the current downward correction. It would considered normal if DXY fell as low as 91.50.

The EURUSD chart has also satisfied the minimum waves for the bearish impulse that began in February 2018. If the bottom is in, then we can expect higher to sideways price action for the next several months. Earlier today, we moved the stop loss on our short EURUSD position as the Elliott Wave from February 2018 concludes. The stop loss was moved to 1.1530 and if triggered would book +623 pips.

The corrective rally has a multitude of shapes that it could carve out including a zigzag, flat, triangle, or combination correction. Therefore, we will not participate in the bullish EURUSD rally until the pattern clears up. We would not be surprised to see EURUSD rally to 1.20 to 1.22 in the coming months. 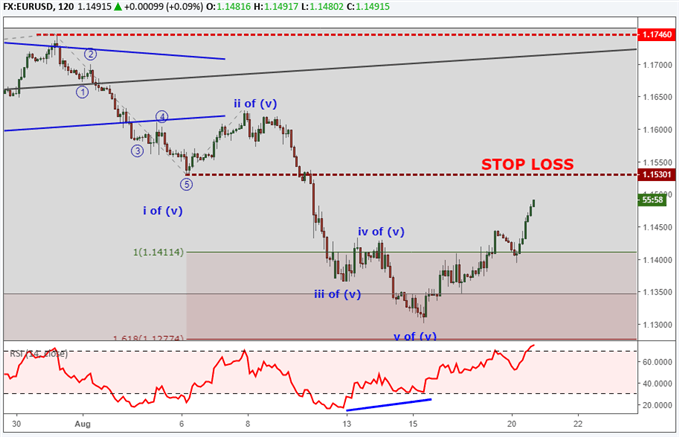 On August 1, we forecasted a bullish reversal in AUDUSD from nearby levels that could begin “in the 72 cent handle.” Two weeks later, the AUDUSD chart bottomed at .7203 and has rallied over 100 pips since then. We believe this is a bullish corrective rally that mirrors the EURUSD chart above. We are anticipating this bullish rally to be wave ‘2’ or wave ‘b’ and are expecting it to be a partial retracement higher.

Though a small corrective dip lower may take place, it is likely AUDUSD remains above .7200 on its way to 76-78 cents. 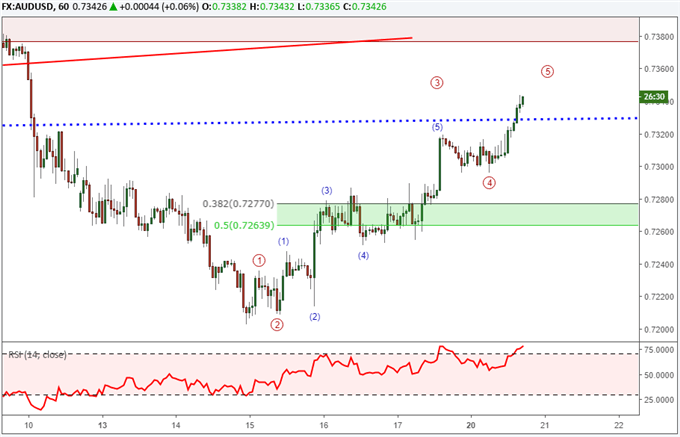 It has been a couple weeks since our previous copper price forecast, but so far, the outlook is playing out. On July 31, we suggested how the Elliott Wave analysis for copper prices suggests the weakness may be temporary.

Copper prices appear to have bottomed, at least temporarily at 2.55 on August 15. Once we identify a bullish pattern, then we can confirm a longer-term rally may be underway. 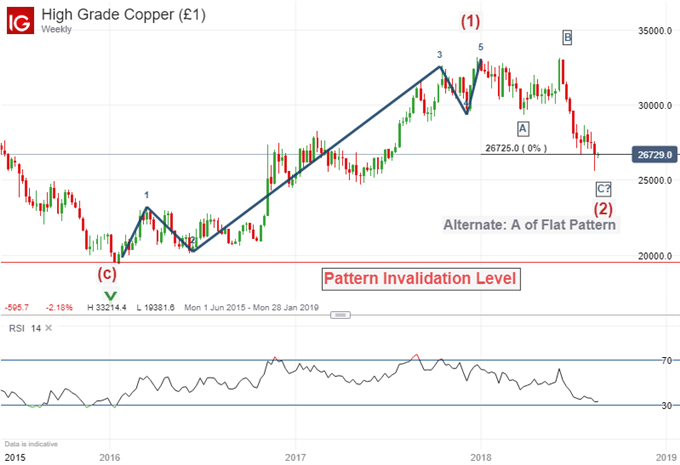 When do I start counting Elliott Wave?

Learn more with “Forex Education : How do you begin counting Elliott Waves? “