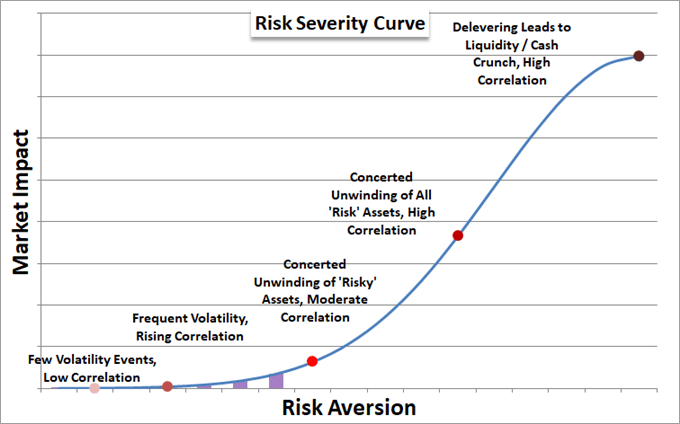 Central Banks Versus Trade Wars: What Moves the Markets Next Week

If you were to perform a full fundamental evaluation of the financial markets once every few months, you may be surprised. The dominant theme would likely change from update to update. Through one period, the primary spark may be economic forecasts, the next earnings, then general risk trends. What commands the wider market's attention depends on the circumstances and fundamental environment for the given period. Over the past few months, much of the volatility has originated in headlines relating to trade wars. Just over the past two weeks, US earnings have earned more than their fair share of market response - just take a look at the tumble following the Netflix and Facebook updates. When, fundamental trading, if you can identify the dominant theme; you are better prepared to position for prevailing trend and know how to evaluate what event risk can materially move markets. Further, most of these themes is ultimately a 'means' to an ends. That end is a systemic change in risk trends - which has occurred rarely over the past months. Armed with this 30,000 foot view of our market, you can better navigate.

Trade War Relief is Only Temporary

As we move into a new week and month of trading, there are two themes that look ready to compete for our attention. The first is the familiar headline-grabber these past few months: trade wars. The is an ambiguous theme with disputed updates. Some would argue that we are 'heading towards' a trade war but have yet to realize one. I disagree with these perspective. The United States has implemented a virtual global tariff on steel and aluminum and slapped a hefty $50 billion tariff ($34 billion of which is currently active) on China. China in turn retaliated with the same scale tax. The scale of the threats being lobbed are only growing in intensity. The threat made by the United States against China reached the point where all of its exports to the US (~$505 billion) were exposed to tax. In many ways, the warning made by President Trump against the EU - a 20 percent tariff on all imported European autos - was far more troubling for global investors. Yet, this past week, President Trump and EU President Juncker announced a 'break through' in their negotiations that would prevent escalations between the two as long as they negotiated. The other elements carry heavy skepticism over its value or compliance. Nevertheless, it would seem that the pressure has receded for the time and risk trends have righted the ship. Yet, the calm is temporary. Not only is the deal between the US-EU flimsy, but it doesn't absolve the more dramatic engagement between the US and China. Though there are no clear days to track progress, expect this dominant theme to resume command soon. 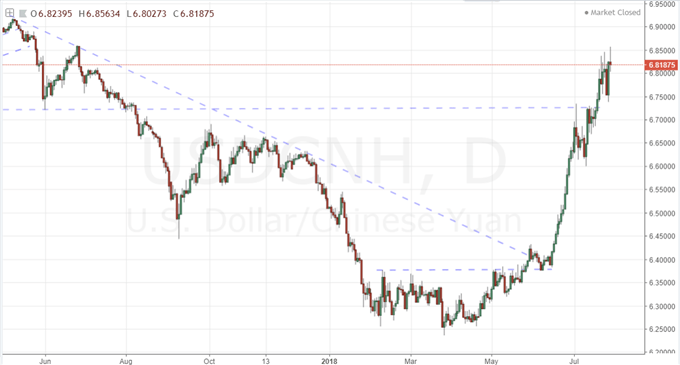 Monetary Policy as a Catalyst and as a Foundation

In contrast to trade wars inconsistency for timely updates, we have very explicit schedule for another key fundamental theme this week: monetary policy. There are five rate decisions due this week, but the true heft rests with three groups: the Bank of Japan (BoJ) decision on Tuesday morning; the FOMC decision Wednesday afternoon in Washington DC. The least speculative anticipation rests with the BoJ which has not materially changed its policy approach for some time. For the Federal Reserve, the US central bank is not likely to move its benchmark, but the market recognizes that a decision by design as the group has clearly sculpted market forecasts to suit its needs. And then there is the Bank of England's 'Super Thursday' where the impact potential is materially increased by the quarterly inflation report due alongside the rate outcome. As it happens, overnight swaps are pricing in a 25 basis point hike (77 percent) at this meeting. The real influence of these disjointed central bank decisions is that they may all coordinate a collective change in underlying sentiment. Years of growth over these past few years have come from unsteady footing. These central bank updates are unlikely to set the charge for global markets, but remember there is systemic risk at stake. 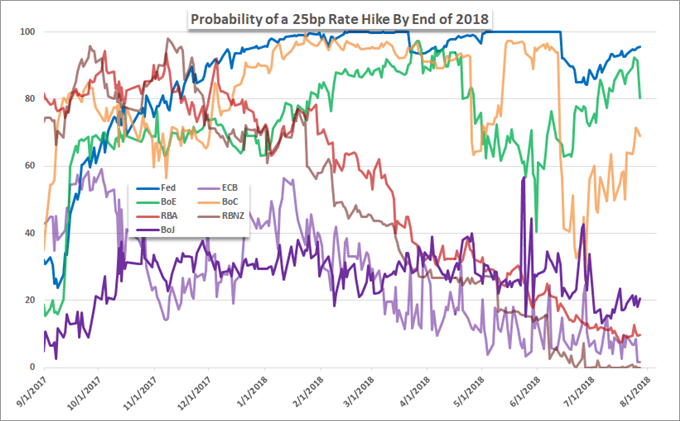 Through the week ahead of us, we will host event risk that caters to both fundamental themes. The least definitive risk of the two currents is trade wars. As ominous as this threat to global trade is, the market is managing to overlook its implications for squeezing out a little more profit before the inevitable. There are no explicitly anticipated milestones ahead to shape speculative disassociation, but these has been a fount of systemic market developments numerous times before. Even monetary policy will find it difficult to readily take over global risk trends. Instead of making a deeply speculative evaluation on the market, it is perhaps better to rein in expectations of a systemic development and set more reasonable range strategy. We discuss the battle over the fundamental steering of global markets from trade wars to monetary policy in today's Quick Take Video.