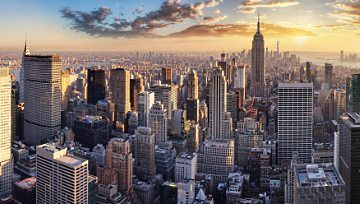 In this webinar, we looked across FX setups in the US Dollar using price action to dig into the various scenarios facing traders as we move into the second-half of 2018. US Dollar strength came back in a very big way in Q2; but after EUR/USD has tried and failed to set a fresh low for a month, might the move have a retracement in its future? Relevant to EUR/USD is what happened last October/November, when a stimulus extension in October was offset a couple of weeks later by a red-hot German GDP report, bringing buyers back into the pair before EUR/USD eventually challenged the 1.2500 level. Of recent, European inflation has been growing, and this came-in at the ECB’s target of 2% in the month of June; producing a backdrop that could create a redux of the October/November scenario from last year.

The biggest take-away from last quarter was the shift into US Dollar strength. The Dollar was bearish for over a year as more than -15% of its value was taken out from the January, 2017 high down to the February, 2018 low. While this was happening, the Fed was one of the few hawkish Central Banks and the US was continuing to show decent economic fundamentals, thereby keeping the door open for more rate hikes. But markets seemed to care little as the selling just continued in the US Dollar. We’d previously suggested that this selling was being driven by a larger fiscal theme, and that remains as a possibility.

What’s happened more recently is rate expectations around Europe have shifted lower. The ECB effectively split the prospect of stimulus taper from the idea of short-term rate hikes, and as the ECB announced stimulus taper, this effectively pushed the Euro lower as higher rates were getting priced further-out into the future. Deductively, this popped USD up to fresh 11-month highs, but the big question now is whether this theme can continue, or whether we’re heading for another redux of the October/November 2017 theme.

The US Dollar remains bullish above the June swing-low around 93.20-93.30, and there’s a closer area of support that can be used to substantiate bullish plays that runs from 94.20-94.30.

EUR/USD: To Reverse or Not Reverse

Sellers have been waiting to get a full swing at the Euro for some time. Coming into last year, most banks had a forecast pointing towards a parity re-test. That never happened, but what did show-up was a neck-breaking counter-trend move in April of 2017 that pretty much lasted into the end of the year (save for a two-week show of weakness around the ECB’s extension of stimulus on October 26th). The big driver here was European data, pushing prospects for European rate hikes, and markets were looking for an announcement of stimulus exit to precede any potential for higher rates. That never happened, as the ECB merely extended stimulus in October of last year, and this created a two-week run of weakness in the single currency.

But what happened then may be pertinent to the currency as we move into Q3. A red-hot German GDP report just a couple of weeks after that ECB stimulus extension brought bulls back into the pair. This is relevant because European inflation has been climbing over the past two months, and this could, potentially, produce a similar situation to what we had last November. 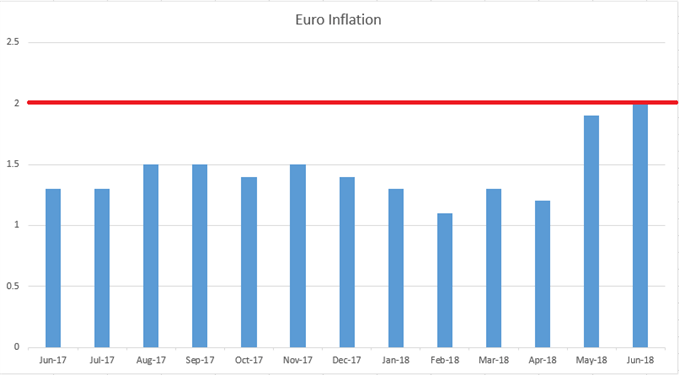 Nonetheless, near-term price action remains bearish, and that short-side thesis can remain as attractive until EUR/USD takes out the June highs around 1.1821-1.1855.

One of the few Central Banks that have hiked rates in the past year (other than the Fed) has been the Bank of England, but this scenario hasn’t been without its own drama. We came into Q2 very much looking at a high-probability of a rate hike in May. But what happened in April deteriorated those bullish hopes, as lagging inflation followed by disappointing GDP opened the door for the BoE to make another dovish push at the May ‘Super Thursday’ rate decision.

But the June rate decision brought a far different tone, as three members voted for an immediate rate hike at a non-Super Thursday meeting (which would’ve been rare); and one of those members was the BoE’s own Chief Economist, Andy Haldane. Given that inflation remains above target, and that we’ve seen the initial shift towards a more-hawkish BoE, and we may have a backdrop accommodating for reversals. We specifically zeroed-in on the 1.3000 area for such a premise, but this could also take place in the early portion of July/Q3, and we looked at how short-term price action can be used to work with that theme, as well.

USD/CAD: From Fib to Fib

We had looked at a reversal setup in USD/CAD a couple of weeks ago after a bearish pin bar printed at Fibonacci resistance. That Fib level was good for another re-test in the following week, but the response to that second touch has been pronounced as a rather aggressive sell-off began to show. The 76.4% retracement of the May-September, 2017 major move rests at 1.3385, and has now given us two strong reactions. Near-term support, on the other hand, has been coming in around the 61.8% retracement of that same major move at the price of 1.3132. We looked at how short-term price action could be used to play longs off of this support, but during the Q&A portion we were asked a question around the short-side of the pair, which remains an option as well. Key to determining direction biases will be whether or not 61.8% Fib support holds around 1.3132.

If we do see a grander pullback in the US Dollar, USD/CHF remains one of the more attractive vehicles for that theme. While USD strength has remained throughout June, USD/CHF has been working-in lower-highs as buyers have continually gotten shy around the parity level. This can keep the door open to short-side setups, and the level of .9825 could remain as interesting for bearish targets in the pair.

The first half of this year has been marked by a pullback across risk assets, with US equities seeing an especially noticeable change-of-pace. The post-Election backdrop across US stocks remained frothy into Q1, but since February a series of questions have built that make the idea of topside continuation look a bit less attractive. This has also played out in the Yen, with Q1 helping to produce strength in the currency that largely dissipated throughout Q2.

But as we enter into Q3, USD/JPY has run-up to a fresh five-week high. If we do see the ‘risk on’ trade coming back to markets, this could keep Yen-weakness as especially attractive, largely under the presumption that the Yen will remain as one of the more attractive funding currencies. The BoJ appears to be nowhere close to stimulus exit, and inflation in Japan continues to lag. As Europe begins to taper QE, as the Fed moves further into their hiking cycle, and as even the BoE looks at rate hikes – this could expose the BoJ and the Yen as one of the most attractive currencies of weakness. We looked at this in USD/JPY, but as we shared, this could be especially attractive in a pair like GBP/JPY.