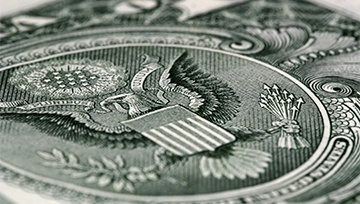 Can the Dollar Stall After a Clear Technical Break?

See how retail traders are positioning in the Dollar-based majors with a number of critical technical breaks in place. Keep an eye on positioning on an intraday basis using the DailyFX speculative positioning data on the sentiment page.

The Dollar finally earned its critical bullish breakout this past week. The ICE's Dollar Index (DXY) overtook 91.15 which represented the upper bounds of a zone of resistance shaped by a three-month range top, year-long trendline resistance, confluence of multi-year Fibonacci levels, and the former support (neckline) of a three-year head-and-shoulders pattern. The pressure for that achievement seemed to build over time and with a number of individual pairs' technical clearance. AUD/USD's break below support on a two-year rising trend channel and NZD/USD's slide through a multi-month range was technically impressive but not influential on a liquidity basis. USD/JPY offered far more leverage with the break of a neckline on a prominent inverse head-and-shoulders pattern. Cable further added to the cumulative influence with a medium-term rising trendline clearance. Yet, it was arguably the EUR/USD - the most liquid major - that pushed the Greenback over the edge when it dropped through 1.2150 to break the floor of a three-month range formed after a year-long bull trend. 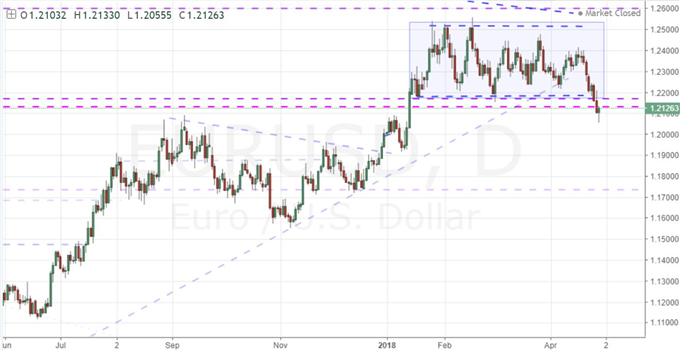 There is no denying the heft and breadth of the technical cues that we have registered amongst the majors and with the trade-weighted index itself. After 2017 exerted a seemingly-constant bearish pressure on the Dollar, these rather explicit chart developments seem to carry a weight of conviction that seems more systemic than something simply based on patterns. Yet, that may be speculative appetite standing in for more thoroughly vetted expectations. After periods of extended consolidation - which the Greenback has offered the past three months - there is a sense of anxiety for a surge of activity. Further, when we have a one-sided market as with the 12 month slide for the currency through 2017; expectations for scope of reversal ('potential') are amplified. Yet, we shouldn't make our evaluations on technicals alone. We should establish a more robust source of motivation that could more capably carry a bull trend to fruition. Interest rate expectations have already established a clear premium but have seen the Dollar diverge consistently for six to eight months. Easing up on political risks is not a positive, just the lift of a risk. Perhaps pure speculative repositioning can achieve lift as the net speculative futures short positioning behind the Greenback hit a five-year high this past month. Then there is also the collective influence of the Dollar's major counterparts. If the Euro, Pound and Yen in particular drop; it would add up to a strong Dollar booster. 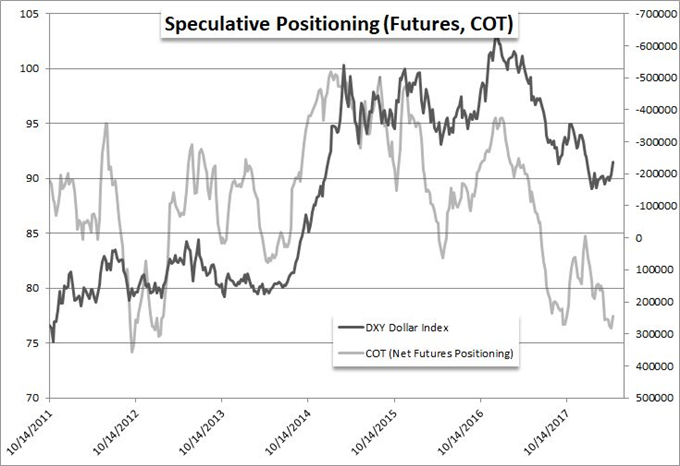 It is tempting to ignore the need for fundamental motivation, especially after an extended period of inactivity. Yet, appetite for a trade is not evidence of one. Technicals a great signals for tentative developments and critical for shaping a trade setup (entry, target, stop, milestones), but they are rather poor at establishing momentum. Breaks without follow through are a particularly familiar issues across the financial system nowadays. The S&P 500 triggered a near panic in February with a dramatic correction which led many to call a systemic reversal of a nine-year trend, but that charge lost its drive after an approximate 10 percent correction. More recently, a wedge breakout earned by Netflix earnings died out in two days. EUR/GBP dropped below a 9-month range's support earlier this month, but the big setup for a breakdown lost traction in approximately a week before it returned to its congestion. US oil's pacing for the past years has been defined as tentative breaks that seem to immediately revert to congestion before a strong trend can be established. Even Bitcoin has offered a major break on a wedge developed out of its bubble high and crash just to prove conviction would never arise. If you want to evaluate the struggle facing the Dollar, you only need to turn up the time frame on the currency itself. The past three months' range formed immediately following the break of a three-year long head-and-shoulders pattern. 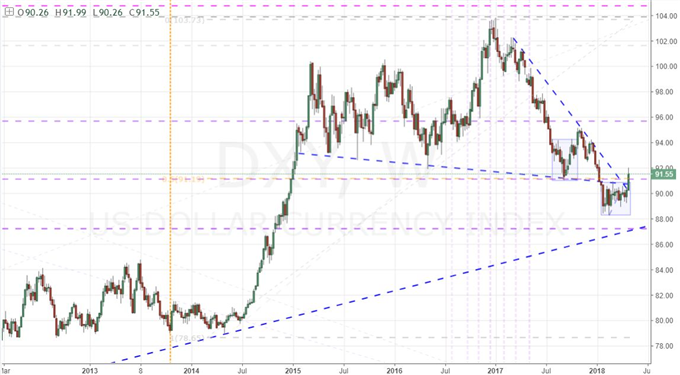 So What Could Carry a True Dollar Bull Trend?

To fuel a trend on a key technical break in these restrained market conditions, we need something that can draw a steady bid for the Greenback as it rises. Fundamental themes can offer some of the most potent and persistent drive across a range of prices. That said, the traditional sources have shown little-to-no capacity to carry the market. Interest rate expectations have charged higher for months to a near decade high according to a Fed Funds futures. Despite that favorable fundamental wind, the bear trend of 2017 drove the Dollar lower. Could a definitive correction in risk assets leverage the currency's latent safe haven appeal? It is possible, but expecting a lasting change in sentiment following years of false starts is fraught with loss. Furthermore, there is likely still considerable premium afforded to the US currency for its notable yield advantage. Meanwhile, the abatement of political risks that have plagued this currency, region and global financial system is a tempering of pain, not a genuine catalyst for bulls. A more capable source of strength may be an avalanche of speculative rebalancing following the build up of such a prolific net-short position in the currency. More rooted in the fundamental category would be the collective decline for the Dollar's benchmark counterparts: Euro, Pound and Yen - a lever that has proved a capable tide over the past years. We discuss teh Dollar's bearing and conviction in this weekend Quick Take Video.