Technical Breaks are Not Good Triggers for Genuine Risk Trends

With critical technical breaks from the major US equity indices won on Tuesday, speculators were paying close attention to what kind of conviction would blossom in the subsequent trading sessions. Well, Wednesday's developments quickly blunted any immediate enthusiasm that we had found our way back into a systemic bull trend championed by complacency and a base appetite for yield. The S&P 500 painted the picture well. A multi-week ascending wedge had come to its terminal point (tech jargon for 'it ran out of room') and a break was necessary. Backed by the previous evenings strong Netflix earnings - a FANG member no less - there seemed to be a 'fundamental' motivation to forge a technical move. It seemed a marriage of opportunity, but a more circumspect evaluation of the backdrop quickly undercut the bullish interests. Earnings have not been the missing ingredient for capital markets and the Morgan Stanley record profit report Wednesday showed we would not hang on these updates. Meanwhile, the IMF continues to preach caution at its Spring summit amid not-week old headlines of trade wars and Syria risks. Risk trends can stretch higher again, but they will do so with increasing reticence and thereby demand more speculative and fundamental lift. 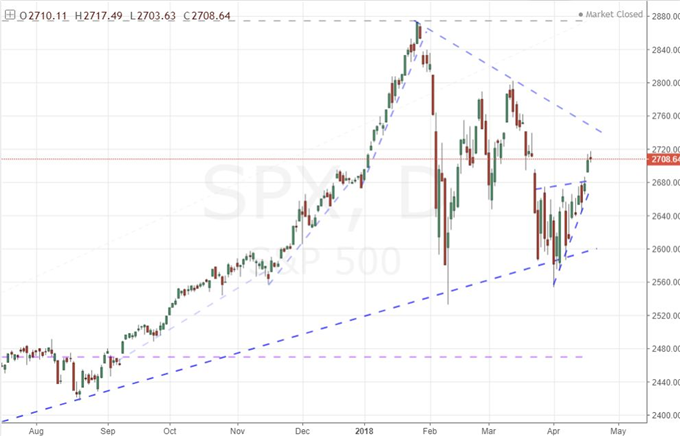 For the Dollar, the session was equally restrictive; but unlike indices, there wasn't a critical technical milestone to reinforce or disprove. We continue to wait for balance of conflicting fundamental forces to render a more important theme and thereby put the currency back on a clear path. Until then, we should continue to evaluate the fundamental updates with an eye to the pressure it adds in the meantime. From the docket, the most notable event risk was the release of the Fed Beige Book. This is the comprehensive economic report the regional banks compile theoretically to give the central bankers a common set of data to work from when they deliberate on momentary policy two weeks later. The 'moderate growth' rhetoric that has become boilerplate was still showing through prominently. What was remarkable however was the clear and comprehensive reference to concerns over negative implications from tariffs and a growing trade war. Clearly, this is not seen as a beneficial endeavor to the US at the exclusive loss to its major peers. If economic participants are this tuned in and other sentiment readings are fading, speculative response will not be far behind. Beware headlines about trade wars. 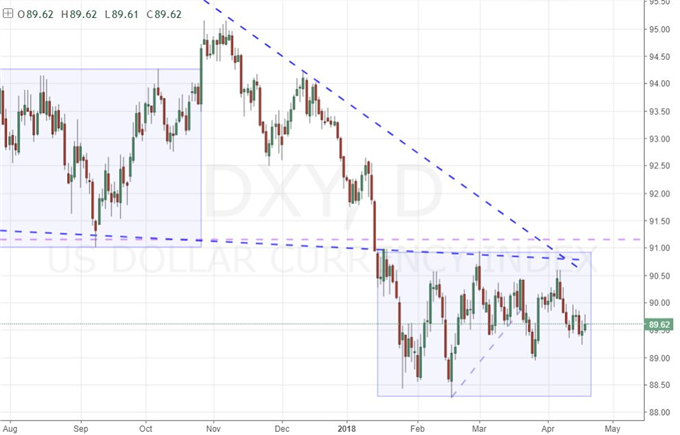 In contrast to the lack of progress made by equities and the Greenback, we have seen some impressive moves in other areas of the market. In FX, the British Pound's climb has been remarkably consistent and increasingly divergent from the fundamental core that has both driven the currency forward and anchored it, in equal proportions. Speaking to BoE rate forecasts, the UK inflation statistics showed in particular a step back for headline and core CPI. Striking a more explicit nerve was the news that the House of Lords had voted 348 to 225 to demand amendment to the government's EU Withdrawal to keep the UK in the EU Customs Union. Division for the UK negotiators creates greater difficult in coming to a clear compromise for the Brexit. For the Canadian Dollar, a sharp retreat seemed to be more intense than the news warranted. The BoC held rates as expected (approximately an 80 percent probability according to swaps), yet the currency dropped afterwards. That may be in part due to the warnings issued by Governor Poloz over consumer debt and trade uncertainties, but I believe the persistent climb from the currency itself set the bar far higher than the official consensus for the event itself implied. 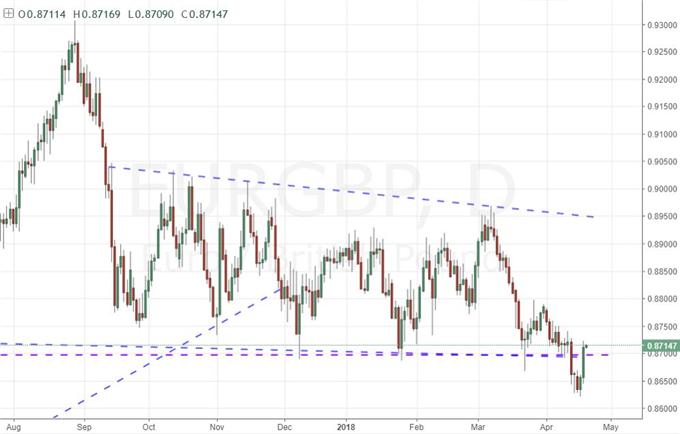 Another area of more remarkable price development was through commodities. Gold wouldn't register a significant move itself as progress in traditional FX via trade war concerns has been waylaid so alternative-to-fiat assets would not find a definitive counter lever move. However, silver put in for a remarkable breakout from weeks-long range. The climb will struggle with more substantial technical resistance ahead, but it does suggest speculative activity is still churning in certain areas. From oil, fresh three year highs for WTI and Brent seemed to find ready-made headlines to pin responsibility. However, US inventories and Saudi officials pining after $100/barrel targets are a constant and rarely earn market movement. It is more likely this is a speculative move without ready-made follow through. Event risk in Asia includes New Zealand CPI and Australian employment which are both good for volatility, but need to strike specific chords to hit trend strides. We discuss all of this and more in today's Trading Video. 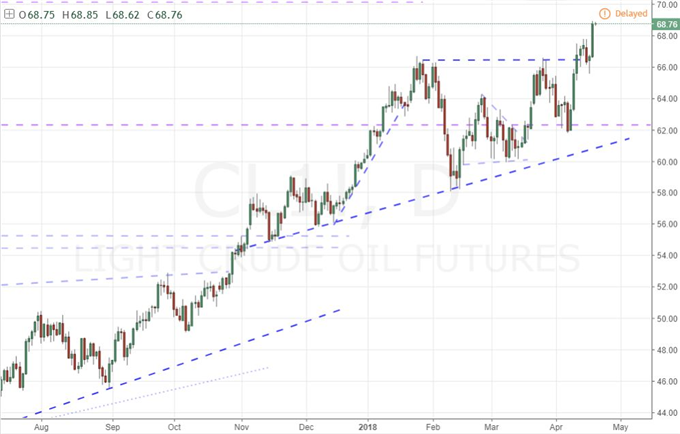