The video above is a recording of a US Opening Bell webinar from April 16, 2018.

The recent break to new highs for crude oil prices places our focus on a developing ‘Y’ wave of a W-X-Y formation. The dip in crude oil prices in early February 2018 carves what we believe to be the ‘b’ of ‘Y’ wave. Now, we are progressing through wave ‘c’ of ‘Y’. Due to the choppy nature of this wave, we may be witnessing an ending diagonal for the ‘c’ wave.

Therefore, we are anticipating slightly higher crude oil prices towards $71 so long as crude oil holds above the orange trend line near $63. 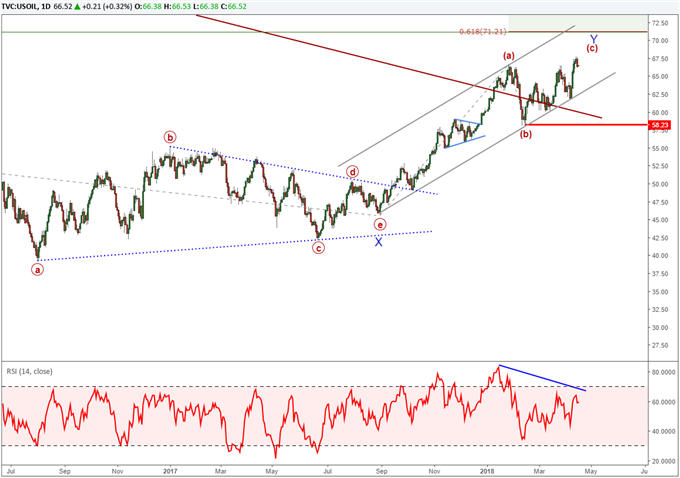 Last week, we argued that EURUSD was attracted towards 1.2350 while USDJPY maintains a bullish posture. It turns out that EURUSD had more bullish juice in it than anticipated. It is possible a near term bearish pattern emerges but the bears are getting nervous. Bearish patterns remain while the EURUSD chart remains below 1.2476. 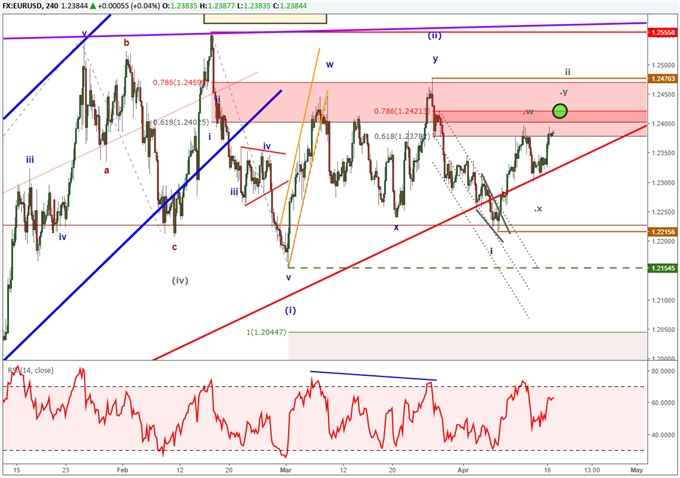 EURUSD sentiment dropped a little from last week’s level and the current live reading near -1.5. If EURUSD does work down towards 1.2153 we would like to see continued evidence of sentiment shifting up higher than -1.5 and that would be a bearish signal.

Due to the range bound nature of the EURUSD price chart, it may be best to wait for a break down below support levels prior to entering any longer term bearish trends.

USDJPY has started a new trend on March 25 with an impulse wave. According to Elliott Wave Theory, we are anticipating another wave of similar size and possibly of Fibonacci proportions. The preferred wave count is that USDJPY prices are zooming higher in a third of third wave. So long as the USDJPY chart is hold above 106.65, then we ought to respect the potential for a move higher in a third wave. A break down below 106.65 will open the door to additional losses down to 106.10-20. 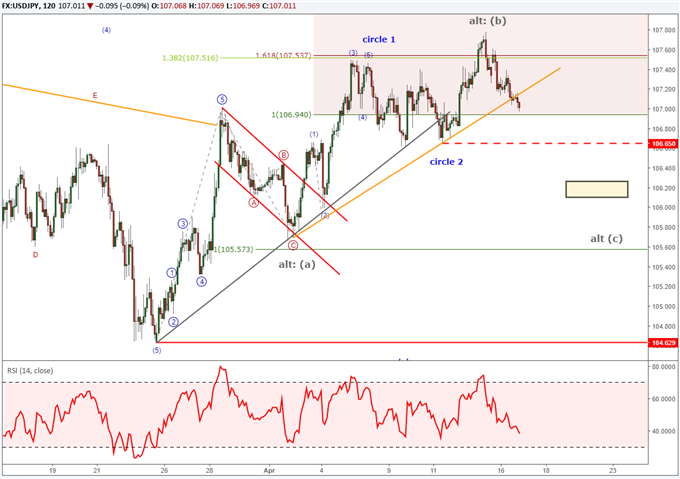