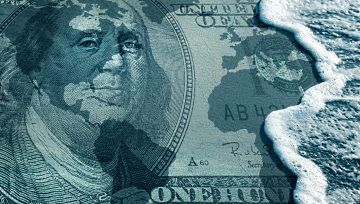 Are retail FX traders concerned with the Dollar's fundamental risks or are they instead following technical cues like the multi-month range on EUR/USD and other majors? See how traders are positioned on the Dollar-based pairs on the DailyFX sentiment page.

Sorting What Is In Command of the Dollar

It is easy to either become lost in a deluge of fundamental data or to be led astray by an unimportant fundamental theme when trading. These are very prominent risks when it comes to the Dollar. Whether you are trading the Dollar-based majors directly or other liquid corners of the market, you need to have a course outlook for the Greenback. Yet where should we look for motivation? Earlier this week we had the previous month's CPI reading and next Wednesday we have the FOMC rate decision - an event highly likely to end with a hike. Yet, even if the first hike in 2018 is due at this gathering, does that offer the lift that the Dollar has lacked despite a pace of three hikes over the past year? Risk trends is proving just as impotent for market movement. The benchmark currency has found it in an odd position where its rate hikes make it a carry currency in a low yield environment yet it maintains its position as a haven-of-last resort. So, if these themes are not dictating the Dollar's course and tempo, what is?

Political Risks as a Catalyst

One of the dominant themes for not just the US but global markets as well is political risks. There are internal and external risks. Intern is references the in-fighting of the different branches, the turnover of the Trump administration's staff and more. This carries a non-negligible influence over the US currency and its capital markets, but its impact is not a direct route. In contrast, the external relationships in trade have proven readily market moving. Since US President signed the aggressive 25 percent steel and 10 percent aluminum tariffs, there has been a cloud over the global markets in the shape of a looming currency war. 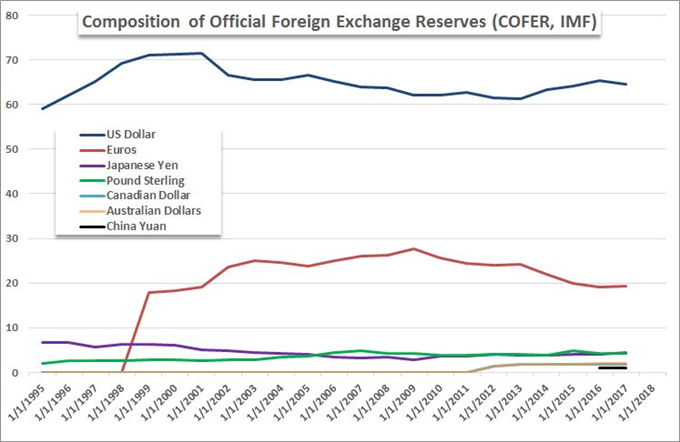 To be clear, trade wars have been building for some time - and they are not unique to the United States. However, the situation has grown particularly overt to the capital markets with the Trump administration's actions recently. The passage of the metal tariffs is a definitive and potentially wide-reaching policy effort where so many measures before from around the world have been implicit and register only on the radars of those in specific industries. The grace period to argue exemption from the US tariffs is set for next Friday, but many leaders have complained that the terms to avoid the burden have not been made clear. To add a new dynamic to this situation, Gary Cohn's role as chief economic adviser to the President has been filled by Larry Kudlow. He reinforced Trump's views that China is an explicit abuser of its trade relations. That said, he at least had the sense to support the 'strong dollar' policy that has long been a US stable - though was bungled by Treasury Secretary Steve Mnuchin.

There are No Bullish Paths for Dollar in Trade Wars

The true, next stage in trade wars is not when the US decides its list of countries that will and will not meet the requirements for exemption but rather the volley of retaliation that inevitably follows. My greatest concern is the European Union - collectively the largest economy in the world - responding to a tariff placed on some of its members and Trump escalating as he has threatened to something more GDP-intensive like European autos. Even if the key trade partners avoid the US tax, China is almost certain to be hit. While a spat between these two can be isolated for a time, they are too large not to have their influence spill over. It is therefore only a matter of time before this escalates to a global situation. And, when it does, there is no path for which this is positive for the Greenback. At best, the USD manages to avoid an serious impact. Yet, the long-term diversion of capital away from US markets will inevitably find its mark. We discuss the Dollar's increasingly dour outlook in today's Quick Take Video. 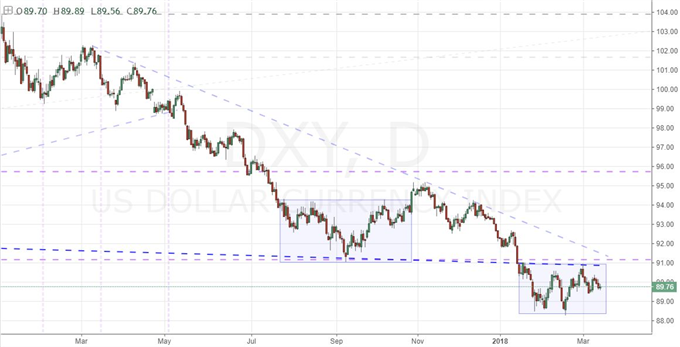