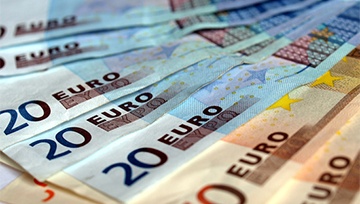 The Elliott Wave analysis for EUR/USD has simplified and it is possible a medium term top has formed. The other pattern we are considering is an Elliott Wave ending diagonal underway.

The video above is a recording of a US Opening Bell webinar from February 19, 2018 (even though US equity markets are closed today, we continued with the webinar due to some forex Elliott Wave patterns developing).

We previously wrote how three ending waves are meeting a ten-year trend line on EURUSD. This is indicating a very mature up trend that is at risk of reversal.

There are four wave relationships we noted on February 8 appearing in a price zone of 1.2588 to 1.2648. EURUSD came very close to the bottom edge of this potential pivot zone topping out at 1.2556. The subsequent sell off to 1.2370 is deep enough to eliminate some Elliott Wave count possibilities.

Both Elliott Wave models presented below are higher probability in nature. We cannot favor one or the other until 1.2556 or 1.2206 is broken.

Once the medium term top is in place, we are anticipating a reversal down towards 1.15 and possibly lower. 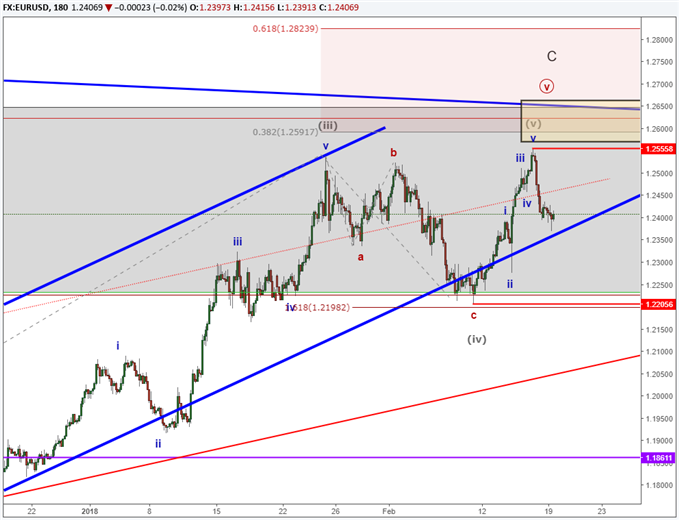 Since the February 16 high fell short of the potential pivot zone, we need to consider what other patterns may exist that would drive EURUSD higher and deeper into the pivot zone.

One pattern we are following is an ending diagonal pattern. Ending diagonals are five wave patterns consisted of zigzags. It is possible the first of the five waves were completed on February 16. The second of five waves are underway now that would need to hold above 1.2206 to keep the pattern valid. At that point, support would drive EURUSD higher above 1.2556 in the third of five waves. 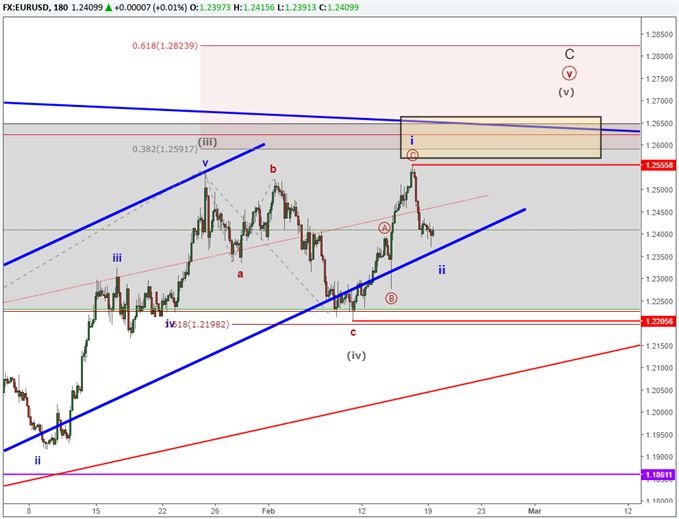 EURUSD continues to illustrate bullish signals through its sentiment reading, though the strength of this signal is waning. We are seeing the number of net short traders giving up and reducing in number while the number of net long traders test its highest level since early December. The current live sentiment reading for EURUSD is -1.7. Sentiment is used best as a contrarian tool, which is a bullish signal for EURUSD now.

Look for sentiment to shift towards bulls to help confirm a looming top. This bullish shift could be structured with bears giving up or the number of traders net-long increasing (or a combination of both).

Last week AUD/USD did bounce back into the potential reversal zone. Therefore, any weakness in AUDUSD is seen as a resumption of the bear trend. A break below .7891 will be a trigger with risk placed near .7989 or .8117 depending upon your risk appetite. Our first target is 76 cents with even deeper bearish targets towards 69 cents. 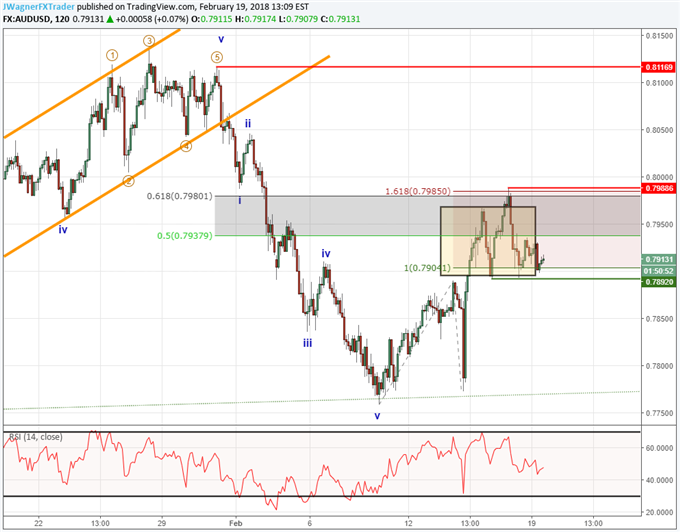