USD Index has increased a little last week. Prices may pivot soon one more dip towards US Dollar weakness.

The video above is a recording of a US Opening Bell webinar from February 12, 2018.

In today’s US Opening Bell webinar, we discussed key markets using Elliott Wave Theory such as (and not in this order) DXY, EUR/USD, USD/JPY, GBP/USD, AUD/USD, Dow Jones Industrial Average, Oil and Gold.

The US Dollar Index (DXY) is consolidating sideways in fourth wave of an Elliott Wave impulse wave. When wave (iv) finishes, that means we will anticipate a fifth and final wave to new lows. We believe this final move into new lows may set the stage for the largest US Dollar Index rally since January 2017. 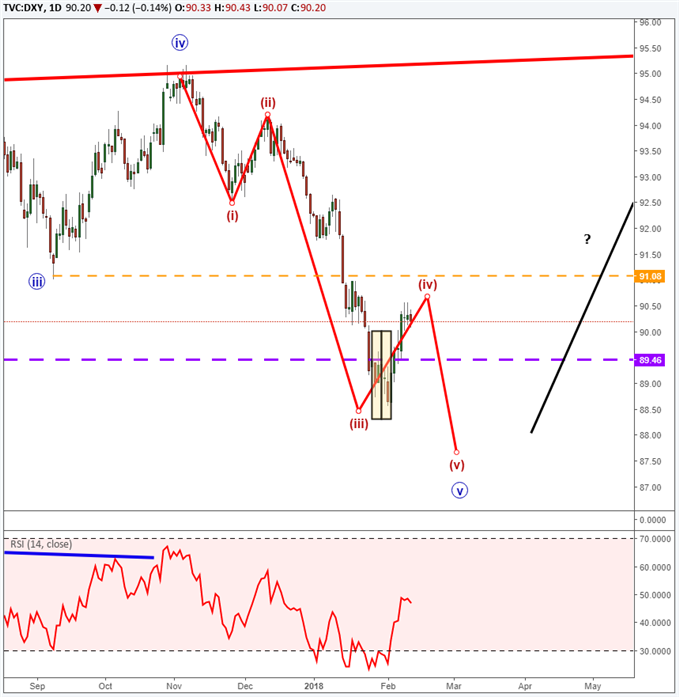 Applying the Elliott Wave principle to the chart above, we can see a sideways consolidation in wave (iv) that is reaching levels where it may pivot lower in a fifth wave. Fifth wave measurements stretch down to 87.40 so we will look for signs of a reversal should DXY make it that low. Once the fifth wave is in place, we anticipate a rally back up towards 95-98 that reflects the largest rally since January 2017.

In the short term, AUD/USD may bounce higher back into the 79 cent handle. We will use the corrective bounce higher to establish short positions. If AUDUSD is successful in making it to 79 cents, then the longer-term forecast is for AUD/USD weakness to retest 69 cents. 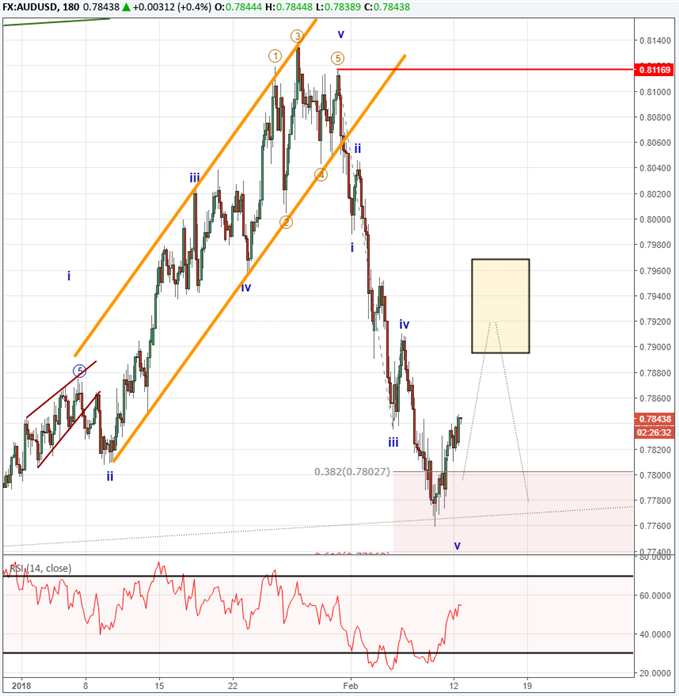 EUR/USD has made little progress for the past couple days. According to Elliott Wave Theory, we do believe the next move is higher into a longer-term top. As a result, the better risk to reward ratio trade is wait to short at higher levels…possibly in the 1.26 handle where three degrees of ending waves meets a 10 year trend line. 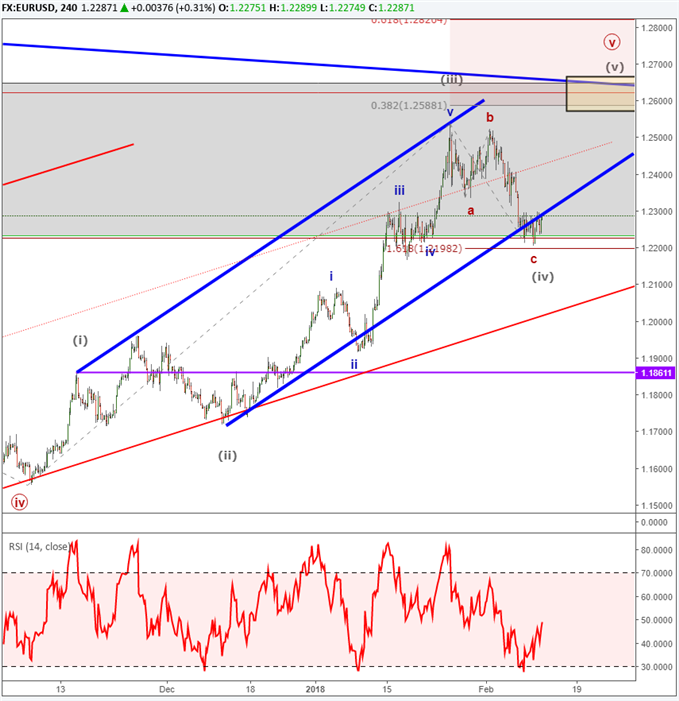