Follow the GBP/USD’s BoE Rally or Keep Focus on Brexit?

See how retail traders are positioning in GBP/USD, EUR/GBP and GBP/JPY intraday using the DailyFX speculative positioning data on the sentiment page.

When projecting trends and conviction in the market, one of the most important steps to your analysis is establishing what fundamental themes are most important and thereby carry the greatest sway over price. For the British Pound, there seems to be two general competing motivations: monetary policy dictated by the Bank of England (BoE) and the path towards the looming Brexit clock run out. If you were to evaluate on greatest volatility alone through the past session, you would probably assess that monetary policy is most important. However, I would argue that Brexit should be the first and last thing you consider when marking up a sterling trade.

At its 'Super Thursday' event, the BoE surprised no one by holding rates unchanged at 0.50 percent. That outcome caught no one by surprise as we can tell in overnight rights. However, this was a deeper well of from which to speculate. The Quarterly Inflation report proved an effective lever for FX traders once again when Governor Carney and the MPC suggested that due to its economic forecasts, rate hikes could start earlier and run further beyond their November projections. After these remarks, swaps are now pricing in a 71 percent chance of a hike by June and 83 percent by year's end. That would be remarkable if the markets were exceptionally quiet such that we could split hairs over a quarter of a percent change in benchmark rates in an otherwise record low yield world. Unfortunately, that is the world in which we live. 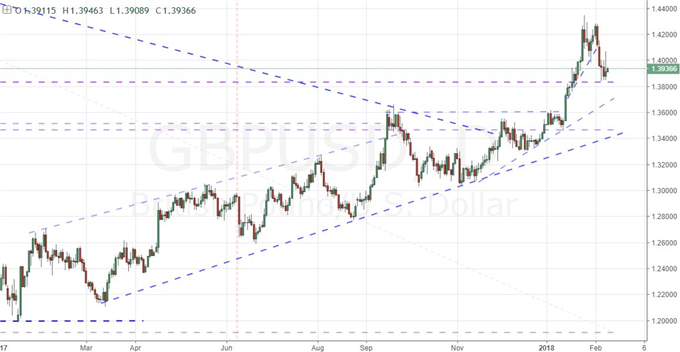 The Softening of Monetary Policy and Constancy of Brexit

If we were to roll the clock back six months to the conditions in August or September, the hawkish news from the BoE would have been met with a more productive advance. Yet, the environment in which we receive this tone change has been far from sensitive to mild changes in rate speculation further out. We have seen the Fed's hikes fall on deaf ears, the RBA and RBNZ have backed off pressure, and the ECB and BoJ have both snuffed out the great normalization interest. In this type of market where the overall theme has faded, it becomes very difficult to leverage the impact for a single player. Now, draw a comparison of this data-to-data adjustment in speculation for rates to the near constancy of Brexit concerns. 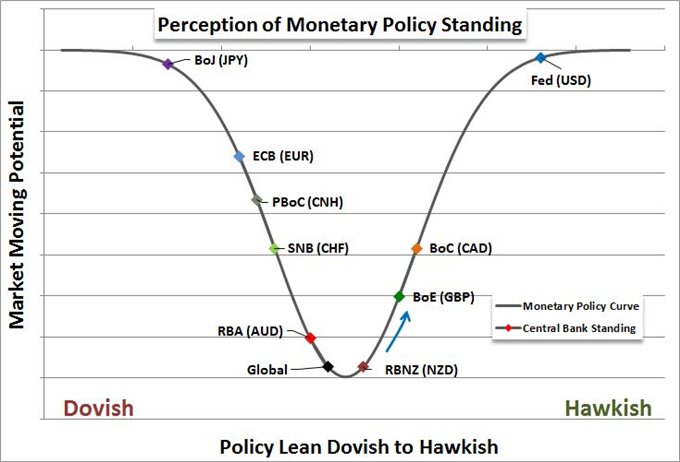 Brexit is Both Influential and Heavily Speculated Upon

We may have been distracted temporarily this past session by the BoE, but where has the Pound and its crosses subsequently averted its attention back towards? While GBP/USD and GBP/JPY initially rallied and EUR/GBP dropped after the BoE release, those moves heavily retracted their Sterling favorable views before the day's close. Is that second guess the BoE's commitment or is that recognition that there are other matters of greater importance? Brexit does not require a fixation on particular indicators with large gaps of influence in between. It is a near constant speculation with little clarity and sweeping influence over the UK. What's more, the market was very generous with its assessment of its bearings over the past months, but we have seen the actual rhetoric between sides materially deteriorate. That puts a dubious marker of excess on the Pound. So what should we watch and expect for GBP/USD and the liquid Sterling crosses? That is the focus of today's Quick Take Video. 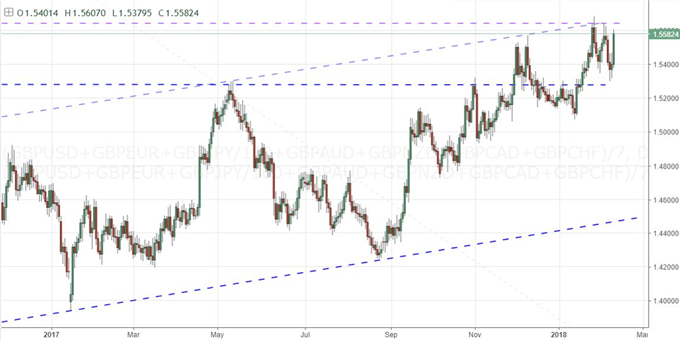