What Does the Beginning of a Global Market Collapse Look Like?

Prepare for the FOMC rate decision and learn the Dollar as well as capital market impact as it happens during the live webinar coverage. Sign up for the event on the DailyFX Webinar page and join me 15 minutes before the release

A Surge of Risk Aversion

There are few better examples of a 'v-top' or sharp reversal than what the US equity indices put in for this past week. The drop for the S&P 500 and Dow 30 through the past week was the steepest in two years and Friday's tumble alone was the most severe single-day performance for both since September 2016. Further, the collective gaps through the week were the among the most bearish in years the technical cue in the break of the December/January bull trend was hard to miss. In other words, the reversal this past week was extraordinary. Yet, an abrupt turn from even so prominent a benchmark like the S&P 500 does not ensure a lasting and global bear trend for the financial markets. That said, there are certainly past examples of full-blown systemic reversals that have included these dramatic technical patterns towards the beginning of their evolutions. But what are other common features of such high stakes environments? 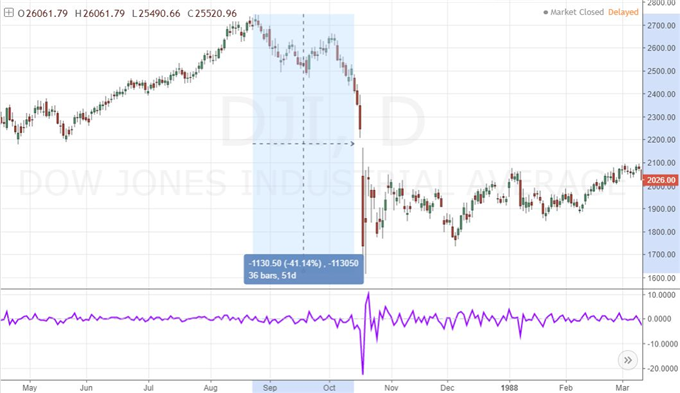 Intensity is certainly an aspect of a market's promotion of sentiment - bullish or bearish. However, severe moves isolated to a specific asset, market or even region does not readily inspire the universal panic that incurs a collapse in global sentiment. Therefore, there is an element of breadth for true reach. That is why I reference multiple unique asset classes benchmarks for correlation. When these independently motivated measures align, there are few influences capable of inspiring uniformity and none other than genuine risk trends that can maintain that sway. Further on the fundamental end of the spectrum, a souring of mood comes with a notable change in how the markets respond to economic updates and themes. It may seem obvious that when bearish sentiment prevails, there is a natural increase in bearish evidence. That is not often the case. Rather, 'good' news is instead discounted while the 'bad' is quickly absorbed into pricing. 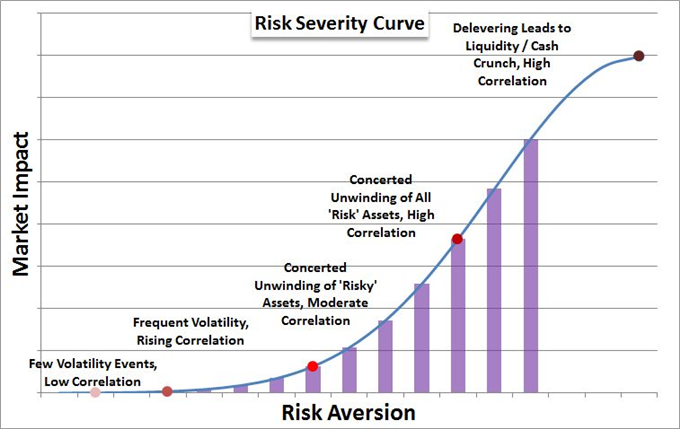 Exceptionally important in determining whether a slip turns into an outright free fall or isolated fear turns all-consuming is the environment in which sentiment withers. A one-sided market for which a mindless bid has replaced traditional valuation naturally dislocates markets from a tangible fall back. If volume and open interest (participant) decline as the charge matured, we are left with a very thin backdrop for which shocks can be readily absorbed. We find exceptional open interest in benchmarks like the VIX and Euro futures amid their respectively extreme price moves the past year, and we see how much there is to lose. Yet, with volume for everything from the S&P 500 to emerging market assets drying up, there is little depth to facilitate any heavy selling that naturally arises amid bouts of concern. Imagine a small door for an exit in a crowded banquet hall just after someone yells "fire". That is the situation from which crises are born. 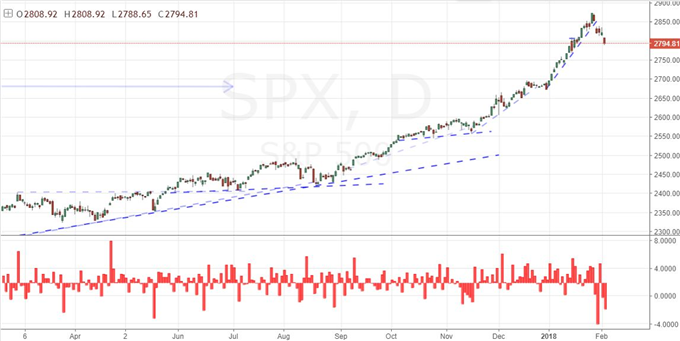 Looking back over the most prominent financial crisis of the past reminds us how different the catalysts for fear can be but also how the quality of the market retracement can different significantly as well. In the Great Financial Crisis (2008), the turn was gradual and slow to spread from US shares to global equities and then to all assets until the Lehman Brothers implosion put an unmistakable point on the situation. The Dot-com boom and bust was even more gradual with the slide in 2000 and on never turning into the free fall we so come to fear, but the steady and broad move was thorough in wiping out so many participants. And then we have 'Black Monday' crash of 1987 where the Dow shed nearly 23 percent of its value in a single day and more than a third of its value in the span of a week. There are certainly different qualities between crises depending on the catalyst but more significantly the structure of the building that preceded the falter. We discuss what to look for to qualify a true collapse in the markets in this weekend Quick Take video. 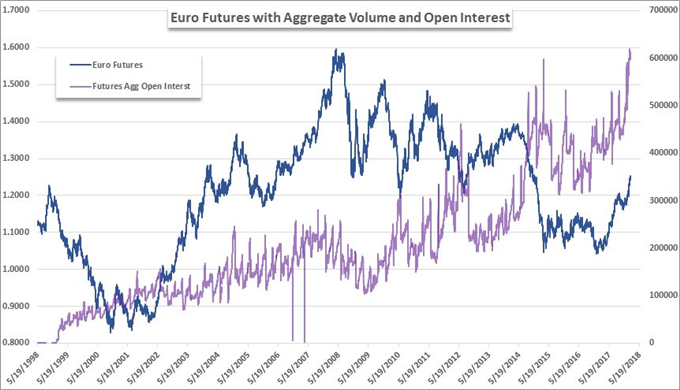