What is the 1Q fundamental and technical forecast for the Euro? Sign up for the 1Q forecast and Top Trades guides on the DailyFX Trading Guides page to find out.

There have already been some surprising market movements following specific event risk this week - and just this past 24 hours. Yet, there is little doubt that the upcoming European Central Bank (ECB) rate decision scheduled for 12:30 GMT carries the greatest market-moving potential of this week's docket. That is especially true given the charge the EUR/USD has made recently. On its way to three-year highs, the benchmark currency pair crossed the mid-point of the three-year bear run from 2014 to 2017 and happened to also overtake the center of its historical range. The most recent push to overtake the critical technical barriers was in part the work of speculation centered on an anticipated shift in monetary policy laid out by the ECB minutes a few weeks ago.

Two weeks ago, the ECB released minutes from its last monetary policy decision of 2017. In the transcript, the market registered the policy authority's intention to change its forward guidance. Changes in rates and unorthodox monetary policy is rare nowadays as would be expected with the general setting of the world's collective policy set to extreme dovishness. The only viable tool available to fine tune the bearing of the markets and financial system is setting expectations. That is done through scenarios where the group can hint at actions into the future without making a commitment that they would have to walk back due to unfavorable data changes. Forward guidance in other words is the first step towards more tangible policy changes like capping stimulus infusions, hike rates and eventually selling assets from the balance sheet. With the EUR/USD's charge through 1.2200, overnight swaps have shown rate forecasts for a hike from the ECB through the end of the year have risen to a nearly 60 percent probability. 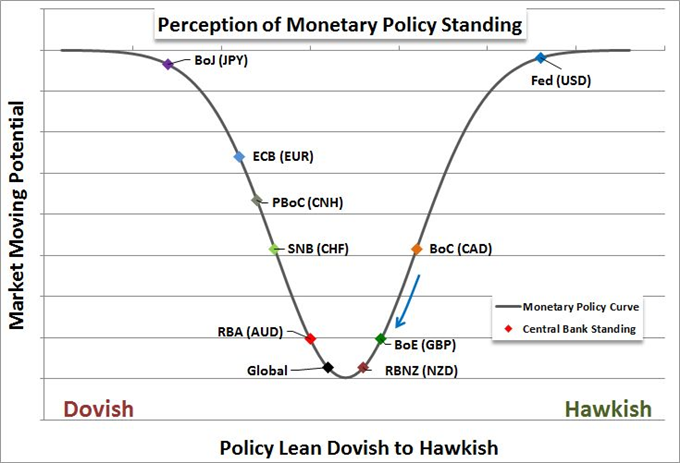 How to Live Up to the Expectations?

Rate expectations may be far from certainty of a hike and/or reversal of course on stimulus, but the course has already been set. The ECB already cut its monthly asset purchases in half at the start of this year - yet it extended its course of easing a year later than what was anticipated this same time in 2017. And yet, despite moving the expected end date from September 2017 to September 2018, the Euro managed to hold onto its gains. Efforts to seed speculation of a hike last May similarly offered significant lift that never lost sway despite President Draghi talking down the rumors when it was clear the market did not appreciate the suggestion. At what level has the currency far outstripped distant expectations? We may soon find out. Traders will be looking for language more definitive in its insinuation that stimulus will in fact end and a rate hike will be triggered by before the year's close. And yet, can vague language really 'earn' the 2,100 pip run from lows set over a year ago? 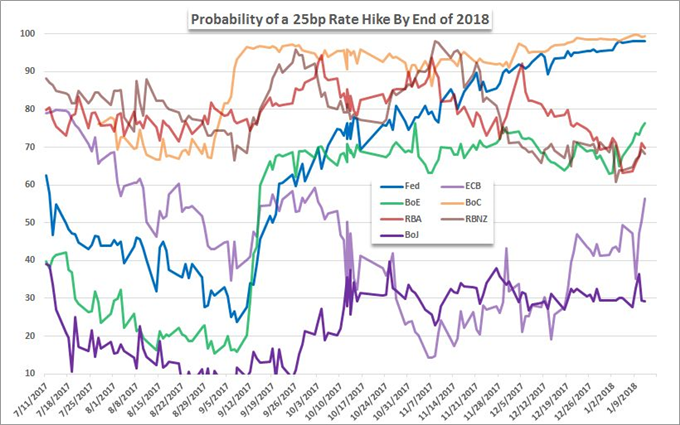 While most FX traders will be watching to see what the ECB decision does to extend the EUR/USD or EUR/JPY rallies, decide a trend for EUR/GBP, or revive the waylaid moves like EUR/AUD's; we should remember what monetary policy means in the grander scheme of things. Risk appetite so pervasive over the years is founded in large part on extremely accommodative monetary policy. Alongside the BoJ, the ECB is one of the most aggressive doves left. Should it clearly signal its intention to reverse course, it could upset the fragile complacency that has kept speculative markets floating precariously higher. We discuss the importance and scenarios of the ECB rate decision in today's Strategy Video. 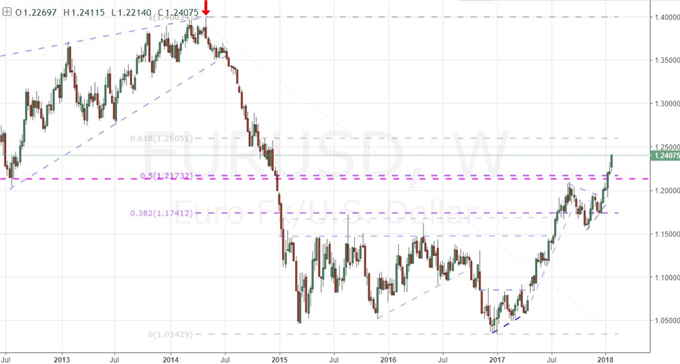