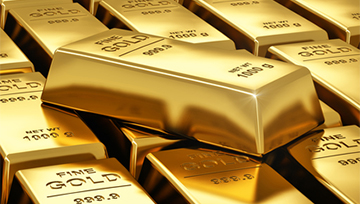 What is the 1Q fundamental and technical forecast for Gold? Sign up for the 1Q forecast and Top Trades guides on the DailyFX Trading Guides page to find out.

Gold has showed a worrying struggle for bulls that have taken advantage of its climb over the past month. In the span of approximately a calendar trading month, the commodity has advanced nearly 9 percent to clearly span a range that few technical traders will have missed. Now that we are at the upper bound of this multi-year congestion pattern - resistance dates back four-and-a-half years - the need for conviction has jumped exponentially. And, the means to further leverage the charge may not be available for an asset that has otherwise simply tracked out the Dollar's slide. The strong, negative correlation between currency and metal is hard to miss; and when we overlay or run a correlation coefficient, the extent of the relationship becomes clear. Yet, if dependency is being placed upon the Dollar, there is a problem. 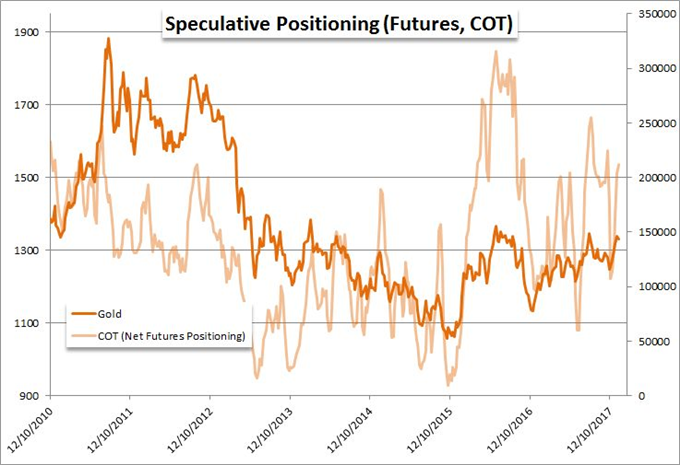 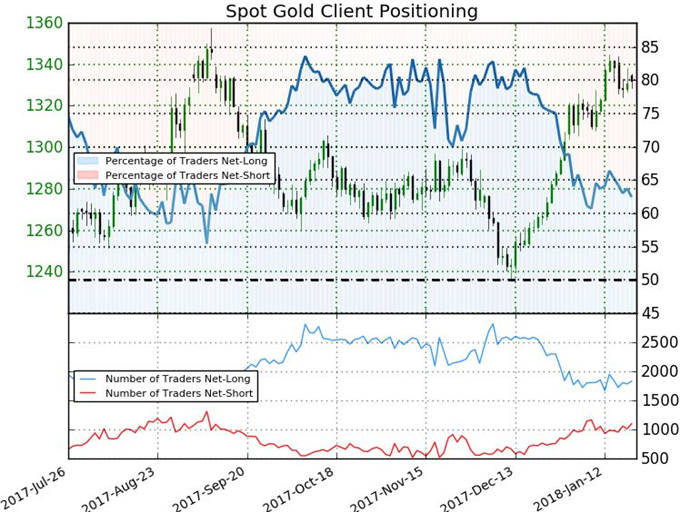 Dollar Stalls, So Does Gold?

In practical terms, a slide from the Dollar would naturally lead to a climb for the metal. It is the primary pricing instrument for the commodity. Yet, if all of its motivation is tied to the Greenback, the failure to catalyze the impressive breakdown from the DXY Dollar Index and breakout for EUR/USD points to some trouble. The Dollar has generated much of its motivation through the indirect influence of its most liquid counterparts. For most intents and purposes, the USD's fundamentals are either modest or outright bullish. Yet, the Euro, Pound and Yen enjoyed greater prominence and in essence muscled the primary benchmark lower. That drive has dried up however and left the Dollar treading water just beyond its critical technical break.

Other Sources of Strength to Monitor for Gold's Bearing

There are other fundamental amplifiers for the precious metal to draw from that have historically been more effective at carrying far greater (more intense or longer-lasting) trends. The collective slide of all fiat currencies is arguably the most capable lever - that was primary driver from 2008 to 2011 when it mounted its charge to its record high north of $1,900. Yet, that is exactly the opposite of what we see today. The Dollar is losing traction despite a hawkish Fed forecast because other major central banks are warming to normalizing monetary policies which bolsters their own currencies. Similarly, the collective suppression of yields that favors non-yield bearing Gold is the reversal of current position. The same is true of its role as a full-blown safe haven. Perhaps not all risk-sensitive assets are charging record highs like US equities, but they are far from struggling. 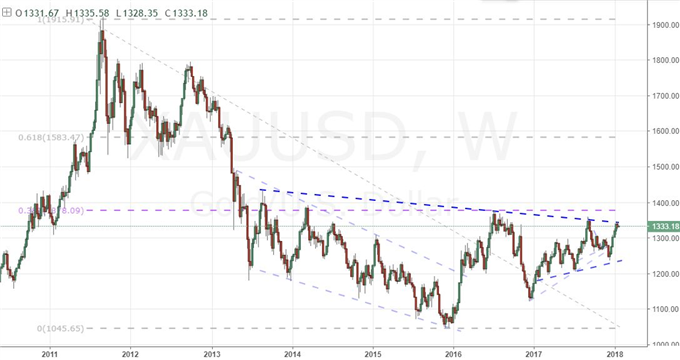 A Bearish Conclusion or Generously a Struggle

As the Dollar's slide eases off, the motivation for Gold to extend its run significantly dissipates for active catalysts. What's more, even if the Greenback were to mount an extension, it could still be a struggle to promote the kind of conviction necessary to force Gold to a breakout with true follow through. Short of a full-tilt risk aversion (which would draw some conflict with the Dollar) or a global reversion to expanding dovish policy (which would likely take a risk crushing market turn), the metal will struggle to advance. It is possible it could still break, but tracking higher without serious fundamentals to carry it would likely drain follow through or worse trigger a false break reversal. More productive if event risk doesn't deliver any serious surprises is a turn into range. Abide technical cues to signal which direction we take. We focus on gold and its decision just below $1,340 in today's Quick Take Video. 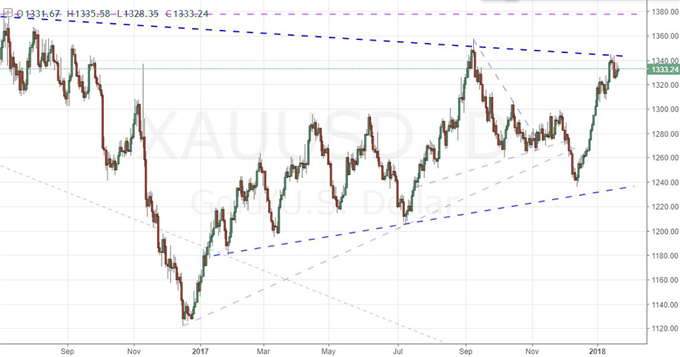