NZD/USD Carves Out a Clean Reversal Pattern But Can It Catalyze a Turn?

What happens when a path-of-least-resistance happens to follow the lines of a head-and-shoulders reversal? NZD/USD has shaped out a congestion pattern following a multi-month tumble and a natural range move could spell a large market swing.

See how retail traders are positioning in NZD/USD intraday using the DailyFX speculative positioning data on the sentiment page.

It is difficult to charge breakouts with follow through in these market conditions. It is even more troublesome to forge lasting trends. That is due to oversaturation of risk appetite throughout the financial system coupled with the strong feeling of skepticism that has followed in our exposure's wake. Add to this situation a seasonal expectation for volume and volatility to significantly deteriorate as December wears on, and the hurdles are high. Extending or reversing mature trends is equally unlikely in sheer probabilistic terms. With that being said, we should keep tabs on those markets, assets and currencies that face high profile event risk or can follow a path of least resistance.

From NZD/USD, there is better potential than many to generate a medium-term move. While it could certainly break clear of a multi-year support (bearish), the impetus for such a move would be far greater and likely in the Dollar's camp. Yet, technical analysts will recognize a multi-month inverse head-and-shoulders pattern that has formed. Traditionally, these are technical patterns that point to greater potential for reversal. With a neckline of 0.6925, a break would prove both reversal and a broad range swing. While we have seen the natural pull to moderate extreme market moves pushed off repeatedly this year, there is nevertheless a speculative motivation to follow a path of least resistance.

From a fundamental perspective, the potential has swung more firmly in the favor of a turn if a definitive break and follow through were to develop at all. From the Kiwi Dollar's perspective, one of the primary carry currencies among the FX majors has maintained a hefty discount despite a stretch for yield that has afforded a premium to currencies whose rates are at zero or even negative. This is in part due to the greater appeal of a change in interest rates rather than parking capital in historically low carry scenarios. It is also a unique situation to the New Zealand Dollar whereby the RBNZ's reversal on its policy from hikes through 2014 to a position of jettisoning off promise of eight additional quarter percent hikes and then on to actual cuts still lingers. For the US Dollar, the potential for a strong rebound from 2017's wide tumble has faded dramatically as the potential for a faster pace of tightening from the Fed, collective weakness from major counterparts and political stability to afford local growth have all faltered. We discuss the potential in the NZD/USD and why it should be kept on our radar despite seasonal expectations in today's Quick Take Video. 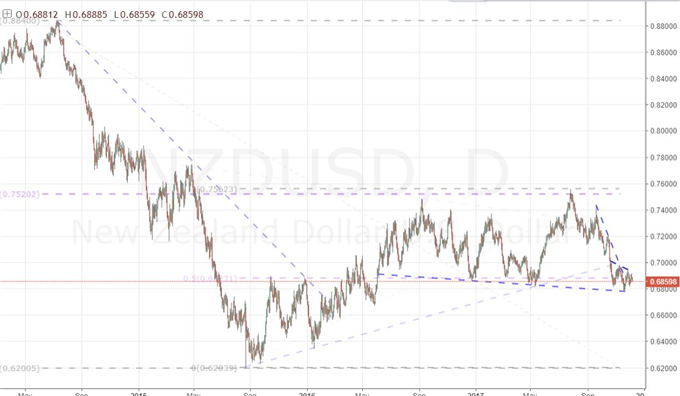 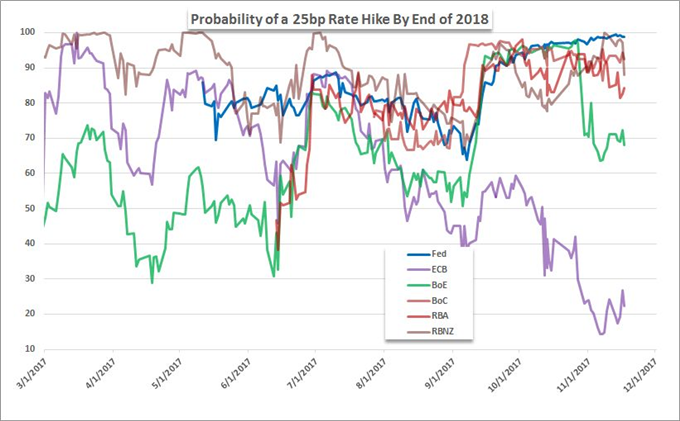 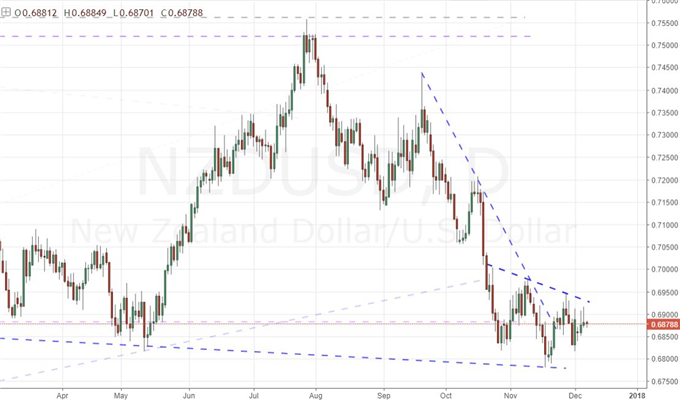