Whether Traditional, Monetary Policy or Political Risk; Gold Is a Haven

Market conditions are currently not very conducive to carrying trends - with the exception perhaps of US equities and certain risk assets. Yet, with the shift in Brexit sentiment suggests the Pound's recent technical breaks may find follow through.

Retail traders are holding a net 80 percent of their exposure in Gold in long positions. Historically, retail speculators exhibit short-sighted investment errors which makes their views contrarian signals. Is that true now? How are traders positions? See the data here.

Gold has held to a remarkably small range over the past month - a state certain to turn away traders who are desperately seeking out volatility. Yet, conditions in the broader financial system are evolving such that the underlying fundamental value of the precious metal may once again drive it to the kind of persistent climb that followed the Great Financial Crisis. While there are stirs through risk trends and monetary policy, it is the emergence of political stability fears that carries the most immediate potential for a systemic shift in value. First, it is important to understand that the precious metal does not do well in stable markets or at least when there is a strong drive for risk appetite. In healthy financial conditions, gold's lack of yield and a general low state of volatility turns away both investors and speculators who can find better opportunity elsewhere.

Yet, when there is a systemic problem arising in either the economy or financial system; the same aspects that work against the commodity in robust times work to draw capital. Generally, there are three standard roles gold plays to system that raise its value substantially under the proper circumstances. First is the traditional, absolute safe haven. The metal's longevity makes it a familiar harbor to moor and avoid volatility in the open capital markets. A more economically-oriented role that lifts gold is its status as an inflation hedge which has prompted some of the largest moves in the market in past decades. Looking back over the past decade, the incredible climb from 2008 to 2011 was the result of a modern financial market sanctity concern. The rapid reduction in global interest rates and the gradual adoption of unorthodox stimulus programs drove down yield and currency values, prompting market participants to seek out alternatives to traditional fiat assets.

What we seem to be heading for now doesn't directly reflect any of those traditional values, but borrows from all of them. The risk now is political stability concerns spreading across the globe. There are safety concerns in the form of the escalating tensions between North Korea and the US. Then there are relationship/trade issues as the UK and European Union negotiation their divorce. And, perhaps more loaded is the local developments in US politics. News this past week that the Special Council investigation into Russian interference in the US election would see Michael Flynn testify against key Trump administration officials generates a very broad uncertainty. Further, the progress on the tax reform bill carries its own potential for gold through the forecast for a large increase in the country's deficit. That threatens the credit rating for the country and could in turn lead to a permanent devaluation of the Dollar that would directly benefit gold. We discuss why this commodity should be watched closely through these active fundamental times in this weekend Quick Take Video. 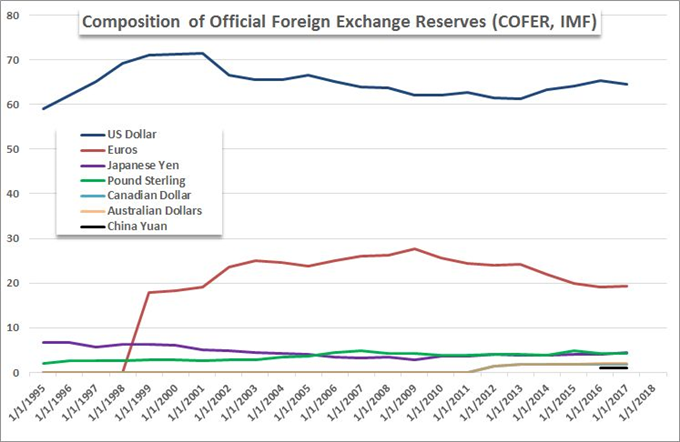