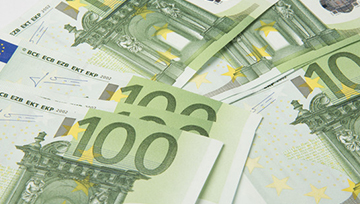 Building and sustaining a shift in deep fundamental themes like risk trends would be difficult this week given the liquidity drain ahead. However, charging volatility and even mounting larger moves for the Euro and Pound is not so encumbered.

Knowledge is power. Do you want to learn more about the market you intend to trade whether it be FX, Oil or Gold? Do you want to avoid common trading mistakes or generally bolster your confidence in navigating the markets? See what guides DailyFX has for helping you.

As expected, last week's largest fundamental themes have settled into the start of this liquidity-truncated period. Risk trends were at the forefront previously with the a broad range of risk assets initially sliding with the S&P 500 looking to add authority to the breach of complacency. An inconclusive head-and-shoulders break for the benchmark US equity index this past session looked as if sentiment would finally collapse under its own weight - but the recognition of fading liquidity ahead emboldened the speculative rank. It is not impossible to see a financial fire sweep through a thin market. In fact, illiquid conditions can substantially exacerbate a deleveraging to crisis level proportions. Yet, mounting such an effort against the unspoken social contract of mutually comforting complacency was a tall order. With the investment rank unwilling to accept the cleansing fires, the speculative minded saw another opportunity to 'buy on the dip'. That opportunity exploited, there is now limited engagement one way or the other without some greater degree of conviction that will be difficult to muster.

However, just because broad risk trends are facing a difficult conditions to progress through doesn't mean that the markets are barren for volatility and opportunity. There was a clear fundamental charge to start this week in the FX market for two of the most liquid currencies in the world. The Euro took a tumble to open the period on weekend news that the talks to create a German governing coalition had collapsed. There have been a number of fundamental dings against the currency over the past few months, but it managed to maintain its footing. Political consistency in the face of global change was one of the hold out themes bulls clung to in order to justify the heights the EUR/USD and other crosses held. Now that the Euro-area's largest economy is facing the same pressure as seen in the US and UK, that high ground is quickly receding. A new election seems to be the direction the country is heading for, but currency traders may not hold out until that event is settled before they reposition. And, just like that, my interest in EUR/USD has been revived - as has my monitoring of crosses like EUR/JPY, EUR/AUD and EUR/NZD.

As for the Pound, the news was also political but this time positive. The impasse that has blocked any real progress for Brexit seems to at least found a crack in the impenetrable view of the future with reports that the UK is prepared to accept a higher Brexit divorce cost which can move along the stalled negotiations on the critical parts of the separation for the United Kingdom - namely trade deals and market access. The news earned the Sterling an extension on its slow rise. GBP/USD gained and EUR/GBP slid; but my technical interests have been turned onto the GBP/AUD, GBP/NZD and GBP/CAD. This particular theme carries far deeper sway over the Sterling than BoE intention which is to say that today's BoE member testimony on the inflation report will struggle for true market influence. Meanwhile, the Dollar may see some stirring from Fed Chair Yellen in a speech that follows her announcement of retirement from the Fed in February and the Aussie crosses at significant technical boundaries may generate influence from the RBA minutes and RBA Governor's speech. We discuss all of this and more in today's Trading Video. 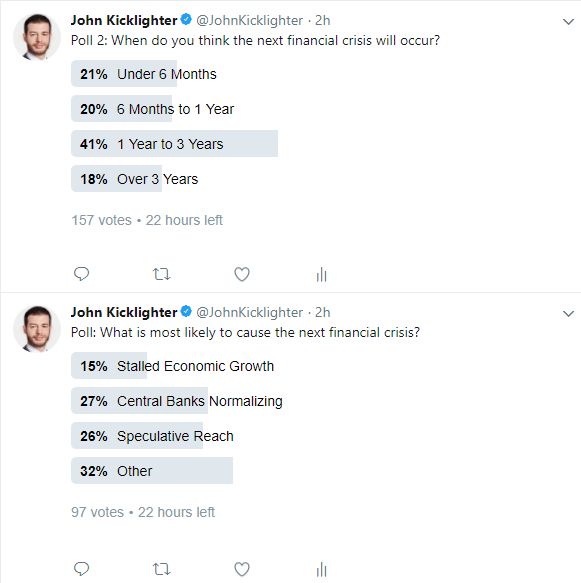 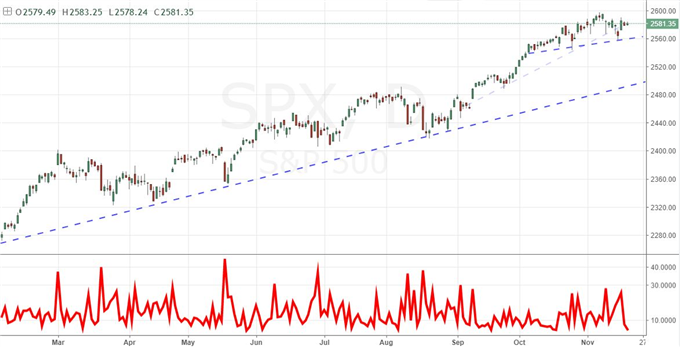 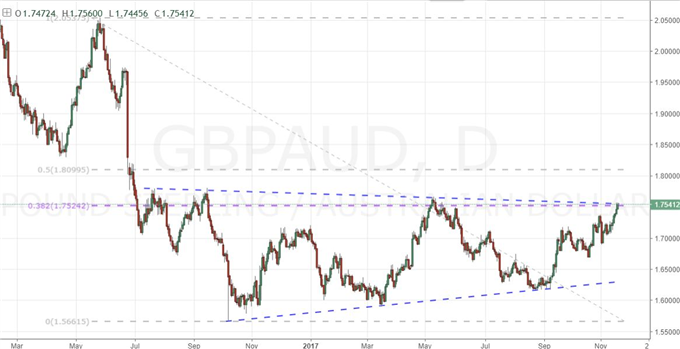