Favorable headlines have once again temporarily dulled the nagging sense of concern that seems to keep participation restricted even in incredible runs like that from the S&P 500. There was a strong bout of risk appetite to end this past week that forged fresh record highs for some US equity indexes and offered some more modest progress for other assets with a sentiment connection. There were a few high profile contributions to this performance. The third quarter US GDP update was a traditional economic boon as it bested modest expectations. That said, its reading is still moderate by historical standards and certainly doesn't match the enthusiasm evidenced in market progress. The more speculative but effective driver for the week-ending drive was the Thursday afterhours earnings updates from Google, Amazon, Microsoft and Intel. The S&P 500 posted its biggest gap higher in nearly seven weeks on its way to a record high while the Nasdaq 100 (where these four account for more than a quarter of the index's market cap) posted its biggest since October 2015. Yet, as with so many things driving stretched speculative appetites, the sense of satiation will be temporary.

General 'risk trends' will be an ever-present fundamental theme that we need to keep tabs on in a world of such inflated valuation, but there is good reason to suspect that a different focus will offer action for markets in the week ahead. There are three major monetary policy decisions on the schedule. Covering in increasing order of importance, we start with the Bank of Japan. There is little expectation that this very dovish policy group will change the settings, though they have offered serious surprises in the past. Yet, even without a change in bearing, there will be a contribution to a changing landscape. With the ECB announcing it will start its taper at the beginning of next year, the Japanese authority once again looks to wrest back its position as permanent funding currency. That said, effectiveness continues to degrade and warp the path this currency follows. It will also make it that much more sensitive to risk trends. And, I am particularly interest in the technical views of USD/JPY and EUR/JPY on a risk basis if it should appear. The second most important policy meeting ahead is the Bank of England’s. While the consensus is for no movement now, there is still serious speculation in swaps that there will be a hike before year end. What's more, this is a 'Super Thursday' where the Quarterly Inflation report will be released. There will therefore be plenty to speculate on including the impact of the Brexit which is a consistent burden for the Sterling's recovery.

The most prolific, scheduled theme this week will be US monetary policy. Most of the major US data is oriented towards monetary policy including the US employment report for October due Friday and the Fed's favored inflation report (the PCE deflator) due Monday. Yet, we can cut to the chase with the Federal Reserve's policy decision on Wednesday. This is not expected to be the third hike in 2017 as that is anticipated in December according to Fed Funds futures. However, there will be serious speculation derived from the statement. Furthermore, there is an unscheduled event risk on this theme in the form of US President Donald Trump's pick for the next Fed Chair. None of the popular candidates is materially more dovish than the group's current setting, but it is possible to be modestly more hawkish. While monetary policy will draw the most concentrated interest in the week ahead, unique market and asset developments should be monitored. Oil's break higher no doubt has many frustrated bulls calling for a new trend while Bitcoin is developing a familiar pattern in its past eight weeks of activity. We look at the big events and opportunities for the week ahead in this weekend Trading Video. 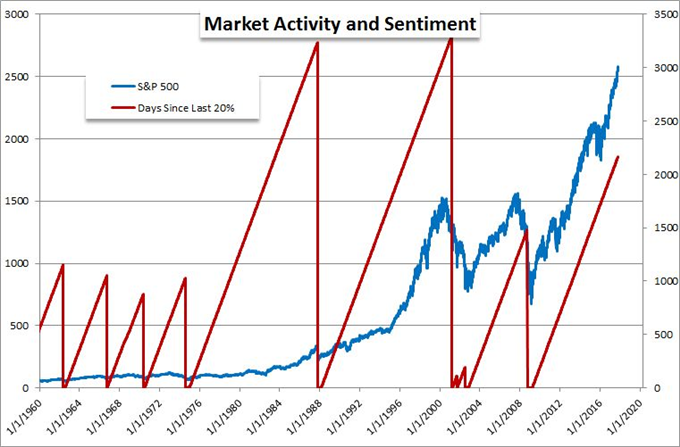 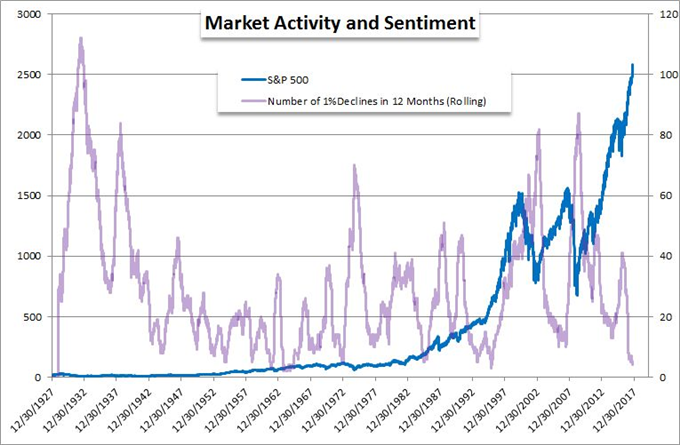 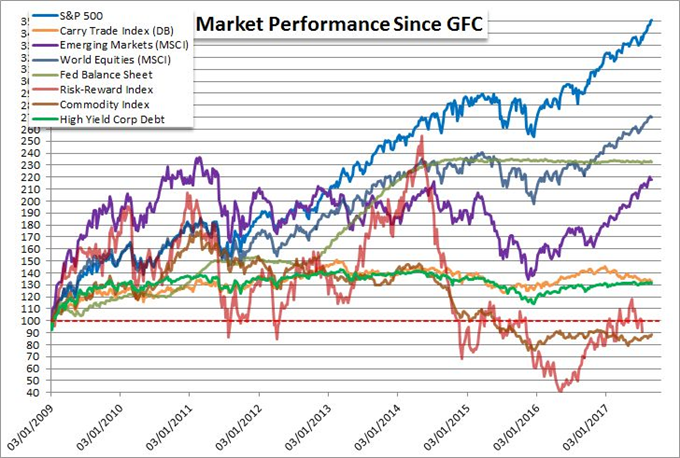 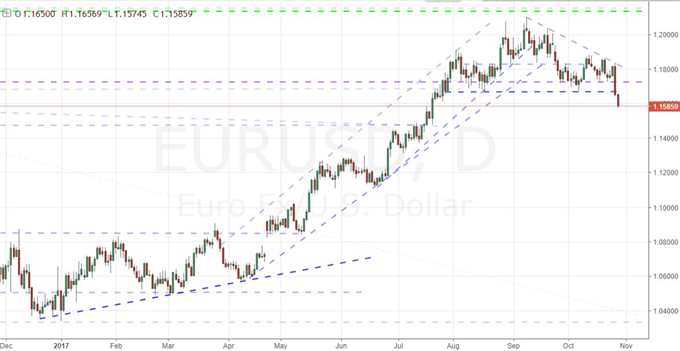