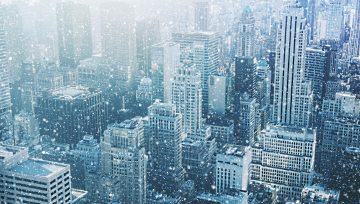 Price Action Setups Around the U.S. Dollar Ahead of CPI

Tomorrow brings a pivotal CPI print out of the United States as markets continue to grapple with the prospect of near-term rate hikes out of the Fed. We discussed this topic at-length in this morning’s Market Talk, and below, we’re looking at setups across the U.S. Dollar as we approach that key data release.

We discussed USD at-length in this morning’s Market Talk, and during the webinar we took an updated look at the Greenback. DXY ran into resistance around last week’s NFP report in a key zone that runs from 94.08-94.30, and since then prices have been getting hit-lower, including a fresh two-week low printing this morning. This keeps DXY in a rather bearish state on longer-term charts:

On the side of USD-weakness, EUR/USD continues to be one of the more attractive venues for a continuation of such a theme. EUR/USD put in a recent response to a key support zone that runs from 1.1685-1.1736. Prices have tilted-higher this week after grinding in that zone for much of last week, and we’re now higher-low support show-up around prior resistance after fresh two-week highs printed:

Also on the side of USD-weakness we have NZD/USD. Price action is fast approaching a prior area of support around .7150, and this can open the door for a higher-low to print above the prior swing of .7100; at which point bullish continuation setups could be an attractive way to look for a continuation of USD-weakness.

We also looked at the potential for a deeper move in USD/CHF. The pair put in a topside breakout above a key level of .9770 last week. But bulls were unable to sustain the move, and after testing that prior resistance as fresh support, sellers took control to drive prices down to a fresh low. The interesting point here would be the prospect of using a near-term lower-high to play a deeper retracement in USD/CHF.

On the long side of the U.S. Dollar, we looked at a couple of different setups. We started off with USD/JPY, which we’ve been discussing for the past few weeks. USD/JPY continues to try to find higher-low support within a key zone of longer-term support/resistance. Should support show above the zone that runs from 111.45-111.61, bullish continuation setups could remain attractive as a venue for trading USD-strength.

Also on the side of potential long-USD setups we have AUD/USD. Aussie was previously very strong while fast-approaching the .8000 level; but life above .8000 wasn’t anything like life below. Bulls were unable to sustain the topside break and over the past few weeks, bearish price action has taken over as AUD/USD has sunk to fresh lows. There’s a zone of potential resistance that runs from .7850.7875 and another that runs from .7929-.7946.

There were two major pairs that we looked at that were unclear of near-term direction. The first was Cable, where we’ve seen quite a bit of volatility show of recent. GBP/USD put in an aggressive bullish rally after the BoE indicated that rate hikes might be on the horizon in response to the rising inflation being seen in the U.K. But in the weeks since, a strong retracement developed to drive prices back towards the 1.3000 psychological level, producing a down-ward sloping trend-line in the process.

Lastly, we looked at USD/CAD, which had previously been in one of the more clean USD-trends throughout this year. But after having run into support in early-September, bulls have been in control as a bear flag formation has begun to build. Earlier this morning saw prices move down to a fresh weekly low, but the intermediate-term bullish posture here remains, and until we get a downside break of the longer-term trend-line (shown in red below), traders will likely want to be careful of pushing that theme too aggressively.