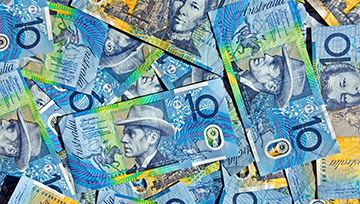 How strong is the Pound's climb? See how retail traders are positioning in pairs like GBPUSD, EURGBP and GBPJPY on the DailyFX Sentiment page.

Looking out over the coming week, there is plenty of event risk. However, I would bill the RBA (Reserve Bank of Australia) rate decision as one of the most potential listings on the docket. Technically speaking, this policy gathering is expected to end with no change to the benchmark rate's current 1.50 percent standing. Looking to swaps, we see less than a 10 percent probability that the group will tighten before year's end despite the likes of the Fed and Bank of Canada already moving and speculation of a Bank of England salvo rising sharply this past month. Yet, as we have seen time and again, it is not the actual monetary policy moves themselves that carry the markets. If that were the case, the Dollar would have not tumbled through 2017 and the Euro would not stand as the year's best performance. Instead, what matters is the anticipation of policy through the future.

What would happen if a fallen-from-grace carry currency were to find the market once again projecting a policy that points to higher rates? Of course, it would be a gradual pace affair, but the Australian currency already has a higher starting point than most other currencies' benchmark rates and this market has been defined by a Euro rally that favors forecasts for a hike sometime in 2018 on a baseline that is negative. What's more, the Aussie Dollar is an actual carry currency. Add to that the fact that the currency trades at a multi-year discount relative to a benchmark like the US Dollar, and a risk-leaning market would find a lot to like for the benchmark. Of course, all of that is medium-to-long term fundamental consideration. Yet, this week's policy gathering can shift expectations in a particularly sensitive backdrop.

From a trading perspective, it is always good to consider options for different outcomes. The technical patterns across the Australian Dollar pairs present can present options for different views. Should the central bank spur a bearish view of the future - generally a dovish assessment that leaves the Aussie Dollar in a subjugated position to the likes of the Dollar, Pound and Canadian Dollar - my preference goes to AUDUSD and AUDJPY. For the former, the Fed has intensified its push for rate hikes which offers a stronger counterpart. The later does better when risk aversion is added to the mix. For a hawkish or bullish outcome for the Aussie Dollar, pairings where the counter currency has seen a strong rally lately is better suited to leverage a bounce. On that account, EURAUD, GBPAUD and AUDCAD reflect pairs where rate speculation has driven counterparts to considerable heights. We weigh in on the Aussie Dollar's potential between idealized technicals and the promise of fundamental catalyst in this weekend Quick Take video. 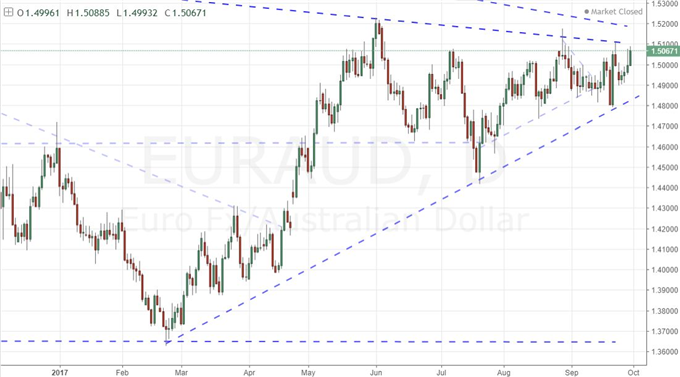 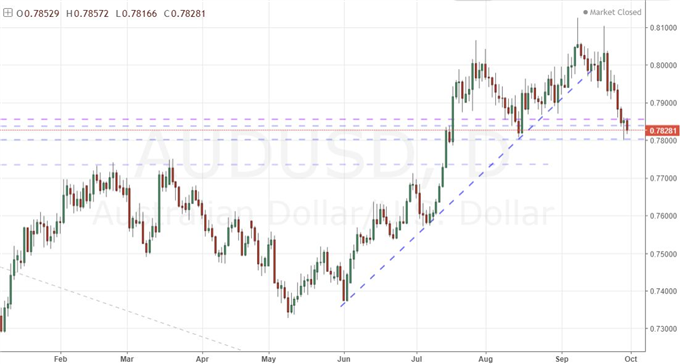 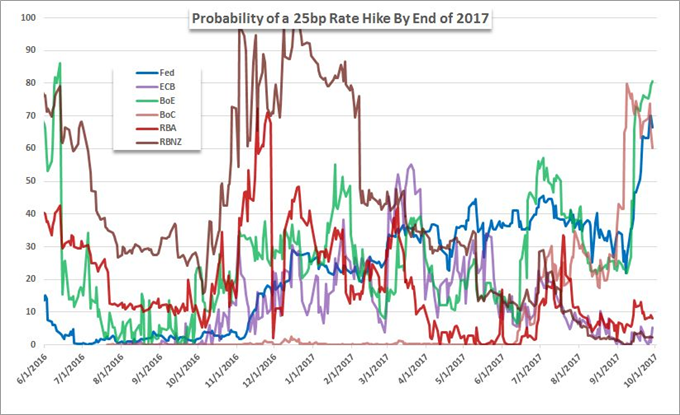