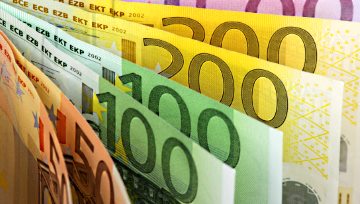 While there have been more abrupt and larger percentage change moves to develop through 2017, none really rival EURUSD for its exceptional performance. This benchmark currency pair - arguably the most liquid 'asset' in the world - has charged higher since the opening day of the calendar year in contrast to the traditional fundamentals. If we were to evaluate the market appeal between these two currency's by the academic view - or even speculative qualifiers two years ago - the Greenback would still be leading the climb that started with such vigor in 2014. The monetary policy differentials between these two regions is still drastically different, practical market yields clearly favor the US, even the temporary safe haven swap that we had seen in late 2015 has flipped back in favor of the Dollar. And yet, we still find EURUSD close to its multi-year low following its epic tumble.

The motivation for this pair's collapse - as with most market developments - was heavily speculative. The markets were looking for undervalued scenarios and assets projected forward on the ideal beliefs that complacency has developed through the years. Through this rose colored lens, the Euro was seen as undervalued because in a world of uniform reversal from dovish monetary policy extremes were due to soon lift this heavily battered currency. This is not totally unreasonable considering the Dollar experienced that same forward value back in 2014 before the Fed actually took steps to lift rates. However, the conditions are very different between the two. Back in 2014, the Fed's Taper to runway for the first rate hike in December 2015 was particularly unique among the world's largest central banks. Furthermore, risk trends were still in peak form with the reach for yield driving investors to snap up anything with a slight return advantage.

While the ECB will inevitably turn the corner on its aggressive easing, it is not particularly motivated to do so quickly given the rise in their currency. More importantly, the environment in which it contemplates a future of rate hikes and eventual reduction of its bloated balance sheet does not present a leader with opportunity for premium. If the central bank does move in 2018, it will be one of those authorities that are relatively late to the game. Other central banks like the BoC, BoE and likely RBA and RBNZ will be moving as well. That waters down any unique value conferred to the Euro. Certainly, at its nadir, EURUSD was stretching speculative exposure in favor of the Dollar long and Euro short. However, following 2017's rapid rise, we find that market levels and fundamentals do not present the same kind of off kilter state we hade a year ago. Further, in speculative positioning with measures like the COT's net speculative Dollar and EURUSD figures that traders have actually flipped in their extremes. The potential is ripe for a EURUSD reversal now more than at any other point this year; yet, I still prefer the conservative approach to avoid the siren call of 'picking a top'. I focus on EURUSD and my trade interests in the pair in today's Quick Take video. 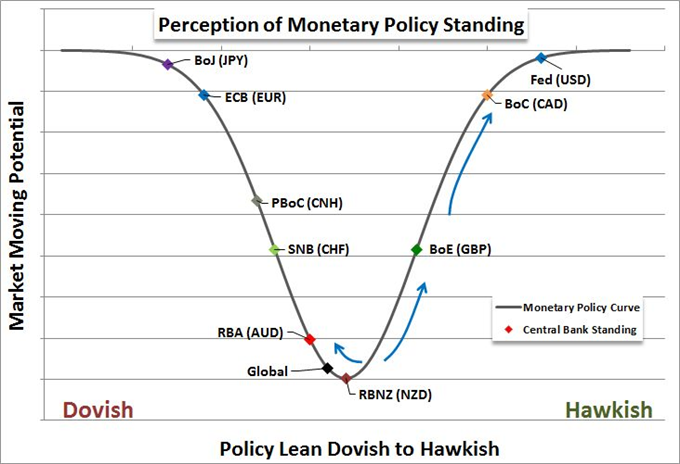 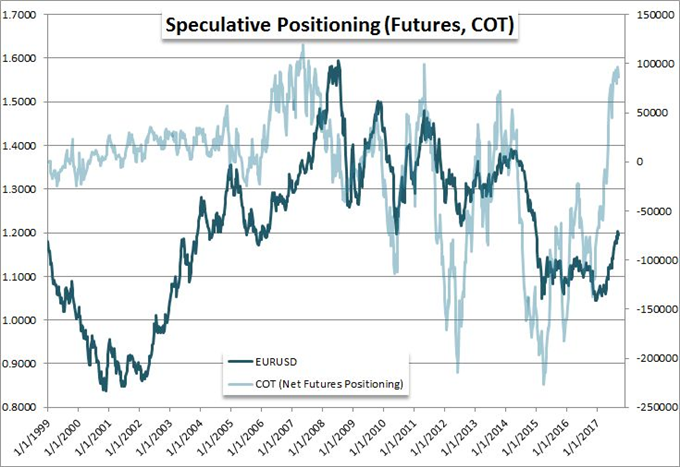 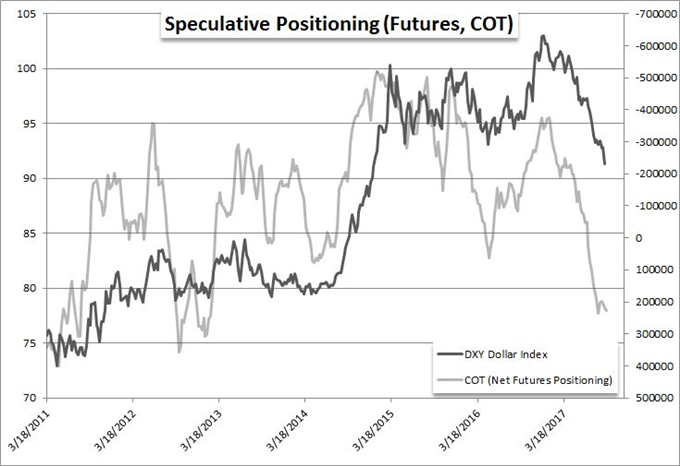 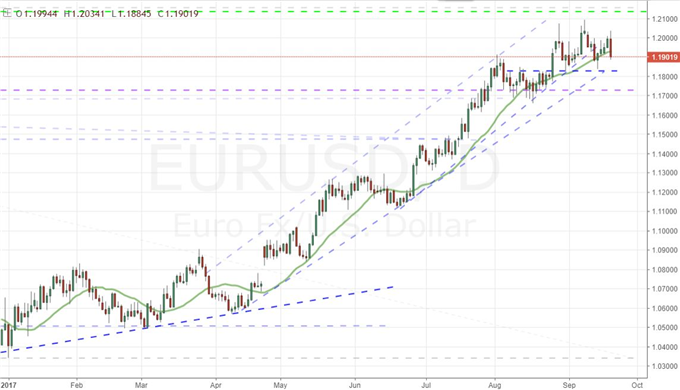