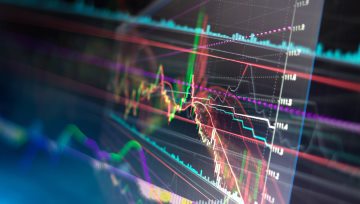 Today, we discussed common mistakes traders make and ways to overcome those issues which undermine trading performance. We did a run through of six, but it was really a few more layered within the broader scope of mistakes outlined.

Mistake #1 – NO Trading Plan (lack of preparation). Too few traders have an actual game-plan. Essentially, these traders are ‘flying blind’. Your trading plan doesn’t need to be super detailed, a couple of pages is sufficient. It needs to include risk management parameters, outline of type of analysis used in decision-making process, favorite trade set-ups (include a couple of reference charts), and how to handle both drawdown periods as well as times of success.

Mistake #2 – Don’t keep good records, or periodically review. You will find out a lot about your trading through review sessions. It’s a good idea to go through your trade history (identify strengths/weaknesses). You will identify patterns (good and bad, such as poor risk/reward, inconsistent position-sizing, trades which you tend to execute better than others, etc.). It is also a good idea when problems are identified to fix them one at a time so as to not become overwhelmed. It’s also good practice to keep a regular journal, whether written or electronic. Note anything which ‘strikes’ you. Generally, though, keep the tone positive even when addressing negative issues. Once every few days is fine, or everyday – this will likely depend on your time-frame (whether you are very active or take more of a swing-trade approach). Include things you did right/wrong, state of mind which may be impacting your ability to make good decisions, market observations or new trade set-ups you identify, and so on…

Mistake #3 – Trade TOO big/inconsistent trade-sizing. One of the biggest mistakes traders make. Risking too much per trade places more emphasis on the P&L and not on correctly managing the trade (Manage the trade, not your P&L). Impaired judgement due to fear and anxiety leads to more mistakes, which then can cascade into a whole host of other mistakes. So, keep your risk-per-trade meaningful, but not overwhelming. Inconsistency in position-sizing is another big problem as this leads to inconsistent results. In the webinar, we took a look at a graph which illustrates the difference between consistent and inconsistent position-sizing.

Mistake #4 – Over-trading. Traders fall victim to this all the time. Lots of mediocre or worse type trades mixed in with good trades equates to sub-optimal performance. We took a look the inverse correlation which often exists between level of activity (#of trades) and profitability. How can we become more efficient? Use a checklist which helps keep you on the right path. The checklist should reflect your trading plan. For newer traders, it is recommended that a physical checklist is used, but as you become more experienced you will be able to go through the process in your head. A checklist of reasons for entering a trade and risk parameters will help you avoid trades you shouldn’t be in.

Mistake #5 – Poor Risk/Reward. All too often traders will have risk/reward ratios of 1:1 or even worse. This forces you to be right far more often than wrong. Depending on your style of trading, having a win/rate of 50% may be quite high. For example, a breakout/momentum trader will have a low win rate but those trades should yield high levels of profits relative to losing trades. We did a quick run-through of a trade in progress to provide an example of not only good risk/reward, but also the logic behind determining entry/stop/target.

Mistake #6 – Overcomplicate matters. Remember this acronym – K.I.S.S. Keep It Simple Stupid. More is not better, more is often times just more. You want to identify confluences in analysis, but make sure you are seeing confluence and not redundancies caused by using forms of analysis which are highly correlated (i.e. several overbought/sold indicators will all give similar readings creating false confluence). Another thing to keep in mind, short-term traders should not overly concern themselves with every single data point and macroeconomic fundamentals. The reaction to the news is what often-times matters the most. This is not to say ignore events or be unware of when they are happening (you want to know from a risk standpoint), just be careful not to overanalyze every piece of information.