Do you want to become a better trader? Navigate to our Trading Guides pages for write ups that discussion the Traits of Successful Traders and the foundations for Trader Psychology.

Most of us have faced the question whether or not to hold onto a position as the weekend or other liquidity drain approached. No doubt many faced that very internal debate with EUR/USD exposure after marking a dramatic break above recent congestion that went on to clear 1.1900. Generally, we have to make this speculative call when a trade has tentatively or significantly moved in our favor, when we are sitting in a drawdown or the idea has yet to either come to fruition or fall apart. There are many factors that traders will claim to evaluate when deciding whether or not to cut a trade or not, but the typical call is based on emotion and a 'gut' feeling - not the most robust or objective evaluation. For many, the decision is determined by a simple determination: is the trade profitable or not. While that can play a roll in deciding the next move, it is important to make such calls on more qualitative measures.

A loose checklist that I personally find helps make these decisions covers four questions to assess my risk, opportunity and confidence. The first assessment is the probability that a gap will open the subsequent week or post-holiday period. Market's prone to substantial changes following downtime are obvious calls, but the scheduled release of major event risk or otherwise crucial update (such as a European election or Donald Trump press conference) during the weekend carry their own risk. Should the probability of a substantial jump between the previous sessions close and subsequent period's open register at a high level, it is better to avoid the risk. Second on the list is determining what our time frame is for trades. If your approach to the markets involves chart time frames lower than a daily tenor and your stops are typically set lower than the average daily range for the past 20 days of the market in question, then it generally better to cut the risk and simply reestablish the trade on Monday should an updated evaluation warrant.

Further, a decision of when the position was initially established can carry significant influence over success. If for example with the EUR/USD a trade was taken on Friday just with the August channel break, stops would naturally be set in close proximity and the buffer of pre-determined gains would be small. That is important as it plays the role of a buffer to unfavorable market movers into the future. When we consider trades taken much earlier in development of substantial trends or structures, we are usually sitting on some significant degree of profit that can act as a buffer to unfavorable moves that develop moving forward - what traders would consider a buffer to drawdown. Finally there is the familiar 'gut feeling' aspect to trade calls. Such an approach is woefully lacking when it comes to wise trade calls - unless you have been involved and active with the particular asset for an extended period. That said, the mind is an amazing instrument that can pick up patterns or recognize detail that doesn't readily make it to the conscious mind. Trusting a gut feeling to place a risky exposure is ill-advised. However, trouble in our assessment for taking risk should be given close analysis. We discuss what can help us to decide whether to hold or close heading into the weekend using EUR/USD, Gold and the Dollar in this weekend Strategy Video. 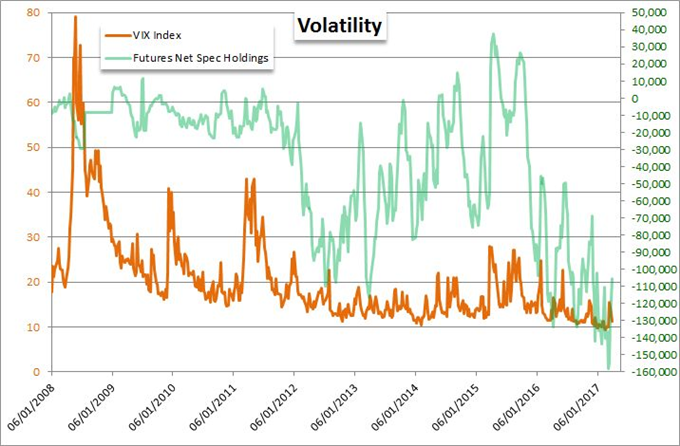