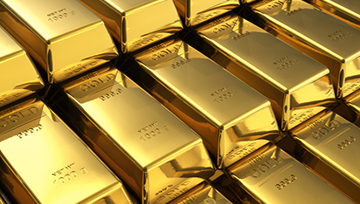 Today, we first took a look at the technical posturing of gold. Last week it put in a solid weekly closing bar beyond the 2011 trend-line the market has been so focused on as of recent. But to truly turn the picture bullish the 1296 double-tops need to be overcome. Looking shorter-term, it’s trading in an upward channel which as long as the lower parallel holds then so does an upward bias. Silver is postured similarly, of course, but is the weaker of the two major precious metals. It has a rising parallel, which like gold, also keeps it pointed higher for now.

Crude oil was rejected hard from an intermediate-term trend-line, and is now trading on the lower parallel of a channel which is keeping the trend higher since last month intact. The rally off the July low hasn’t been smooth and smacks of a corrective-like price action. A break of the lower parallel and move back below 47 shifts the focus lower again. Even on a break above 50 there isn’t much room until major resistance near 51.50 comes into play.

Check out our Q3 Forecasts for our take on where markets are heading.

The DAX remains the clearest of the indices with it still trading in the confines of a broken ‘head-and-shoulders’ top, but will need to turn lower from a July trend-line which it is currently trading at for it to resume lower. On a break above it will quickly come into major resistance around 12300 in addition to a trend-line off the June high. It will require a strong push into the 12300s to negate the currently negative bias. The S&P 500 tanked on Thursday, breaking key technical levels, but since then it has recaptured those broken levels/lines. The outlook as long as it stays above 2450 is neutral to bullish. A break below, though, could shift focus back towards risk aversion.