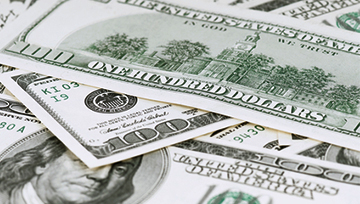 Today, we began by discussing a couple of scenarios with the release of the July U.S. jobs report and how it may impact the US dollar as it continues to drop into major long-term support. The US Dollar Index (DXY) is trading into an area of support which extends all the way back to 1998. Yes, 1998. This puts us on reversal-watch as the trend since January accelerates towards a potential point of capitulation.

EURUSD is trading around a low created in 2010, and dialing in closer on the 4-hr, while the trend has been strong, a rising wedge formation is near completion and could indicate a decline is about to begin. It still needs to break a very clean set of higher lows to turn momentum, but with a break of the pattern we could soon begin carving out a bearish price sequence. GBPUSD failed hard yesterday on the BoE, and in differing form has its own rising wedge which it broke above a few days ago, but is now on the cusp of reversing back below the lower trend-line of the pattern. A fake-out breakout scenario leading to an aggressive move lower could soon be upon us.

Also in focus were cross-rates related to euro and sterling. EURAUD, EURNZD, and EURGBP have all reached into and starting to turn lower from resistance. The former two pairs are the preferred ones to look for weakness in. GBPAUD and GBPNZD are both positioned bearishly as well. The former put in a wicked reversal bar yesterday while the latter ran aground into resistance. Given support not far below in GBPNZD, GBPAUD has a cleaner path lower.

USDMXN is working on trading down off a resistance zone we’ve been looking at in previous webinars. USDZAR is approaching a trend-line of interest. USDNOK is trying to hold onto a slope extending back to 2015, putting it at risk of rebounding.

Gold and silver are both at spots of interest from the sell-side, and given how influential USD has been they are at risk of beginning a decline should we see the dollar put in a low. Crude oil turned down from a trend-line we looked at earlier in the week, and has some room to go before finding support in the 47s.

Equity indices continue to remain a puzzle for the most part. The Nikkei 225 is working on constructing a triangle which could soon lead to a move. The S&P 500 is in limbo, but still at risk of a minor pullback towards support. The DAX has the cleanest bias in it as it sits below the neckline of a ‘head-and-shoulders’ formation.

For the technical outlook, please see the video above…

Check out our Q3 Forecasts for our take on where markets are heading.