Are you trading the Pound or keeping tabs on the influence that global monetary policy has on global risk trends? Join Market Analyst Martin Essex as he covers the BoE rate decision live. Sign up for the event on the DailyFX webinar page.

The Bank of England's rate decision today fits the mold of an event that in current conditions can generate a surprising amount of volatility for the Pound and potentially the market-at-large. The impact we ultimately realize certainly depends on the outcome of the event but is also dependent upon the conditions that prevail in the global financial markets. The market has proven itself increasingly sensitive to changes in speculation for changes in policy bearing in a field awash in neutral or dovish central banks. The first mover status afforded to the Dollar through 2014-2015, the rise of the Euro in 2017 owing to speculation of the mere Taper and the Canadian Dollar's surge into and after the BoC rate hike sets the stage. For the BoE meeting, there is no expected change for the benchmark rate or the unconventional program at this particular gathering. However, speculation of forthcoming changes have played a far greater role in moving currencies in the past months and years than actual movement.

This policy meeting is more attuned to speculation than the standard event. Looking back to its last meeting, the hold in policy offered limited insight into the likely timetable for realized changes. That said, the MPC vote tally with 3 dissenting voices certainly leveraged speculators' attention. Since, we have seen one of those hawks calling for a hike leave and replaced by a person expected to fall more on the dovish end of the spectrum and yet another member added to an open seat. There is room for change on this front and traders will be paying attention. Offering more detail to pick apart will be the Quarterly Inflation report. This is the equivalent of the Fed's Summary of Economic Projections (SEP) that fuels speculation with forecasts for economic trend and even rates over very defined periods. The BoE's version does not lay out the numbers so explicitly, but traders have grown quite adept at ferreting out views for speculation.

There are three general outcomes that I would attribute to this account - though there are many possible variables at play. An unexpectedly hawkish outlook, a surprisingly dovish tone and an 'inline' assessment are three groupings that are best plotted out for trading strategy. A dovish view would be 1 or no dissenting votes and/or a quarterly report that highlights doubts over economic metrics like growth and inflation. For this, a counterpart that has lagged and is prone to see an ill-deserved hawkish premium build up - like GBP/USD - would see the most capable movement. On the opposite extreme, the hawkish outcome would more likely see an increase in the number of dissenters or forecast that was explicitly more certain of an increase in the future rather than a hike at that meeting itself. For that outcome, counterparts that have built up monetary policy premium recently like EUR/GBP, GBP/AUD or GBP/CAD would be well suited. The most likely outcome is one that doesn't tip to the extremes, meets general expectations and is thereby more focused on the details. Trading setups that focus on measured moves and more clearly defined technical patterns like GBP/NZD would serve best in this scenario. We discuss what to watch for in this event along with the better opportunities among the Sterling crosses in this Strategy Video.. 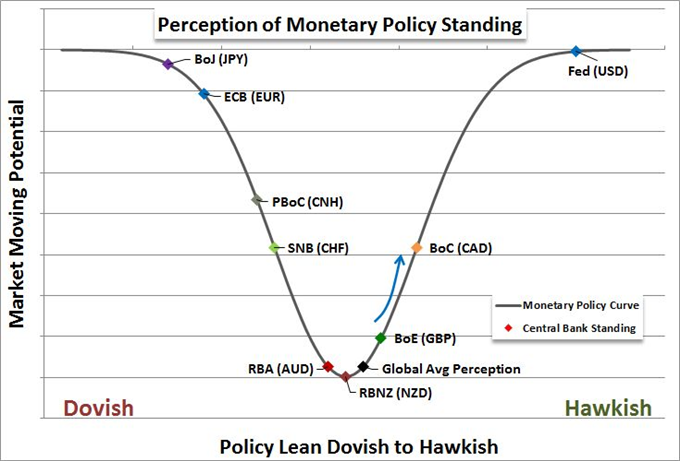 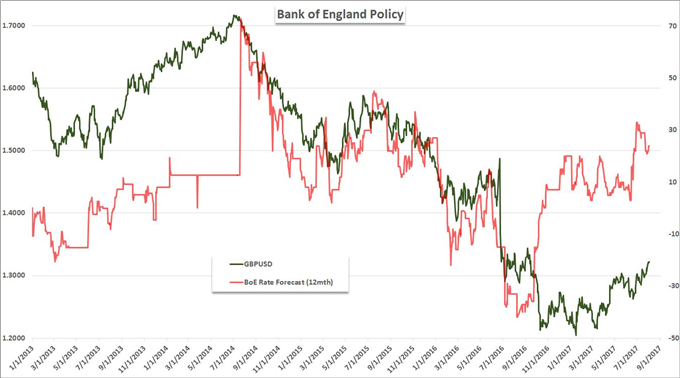 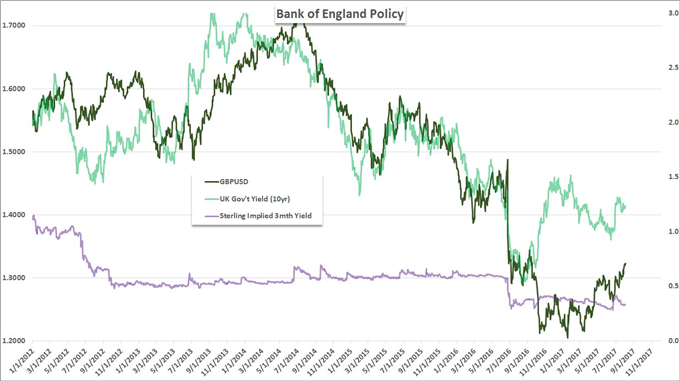 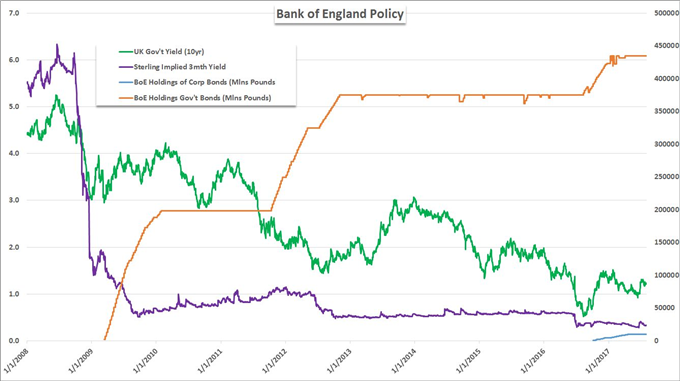