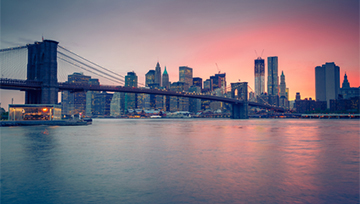 In today’s US Opening Bell webinar, we discussed technical Elliott Wave patterns on key markets for this week. Some key markets we analyzed include Dow Jones Industrial Average and how the pattern appears to be near a potential pivot point. This pattern favors a turn lower from nearby levels for a dip back towards 20,200.

EUR/USD trades sideways in a consolidative fashion. An analyst pick was published on this market today in that we favor buying in the 1.10 to 1.11 price zone for an eventual break higher. The technical pattern still looks incomplete to the upside.

GBP/USD has stabilized after the UK snap election on June 8. The pattern appears bearish and we could be on the forefront of a third wave sell off. We previously wrote about GBP/USD carving a 2017 top and so far, that bearish wave picture has not been negated. However, if GBP/USD does move higher above 1.3060, it may find some resistance near 1.32 or 1.34.

USD/JPY is progressing higher in impulsive fashion and correcting lower in three waves. This is indicative of a bullish trend that is winding up for higher levels. Though prices may dip this week to 110.60, a correction of that depth would be considered typical within an uptrend.

USD/CAD is a market where we favor a resumption of a longer term downtrend. The Elliott Wave model appears incomplete to the downside. It is possible that a bump higher may begin later this week or early next week. If that takes place, then we will look for 1.35 to offer some resistance and a potential zone for shorts to consider re-entry. This also suggests crude oil prices may be supported and may move sideways to higher over the coming weeks. $43.79 is the key level to watch for crude oil prices.

Gold prices reached the $1295 mark recently and but we think it is better to wait for a dip. If prices do pivot lower, we will look for support to form in the $1220-$1230 price range.

We received the Fed rate hike, now what? Review DailyFX’s second quarter forecast for gold and US Dollar.

Lastly, AUD/USD is behaving as if it is supported. We have two patterns we are following one of which is that a bullish triangle just ended leading to higher prices. It appears as though the triangle pattern may be the one, which suggests a continuation of prices moving higher.

IG Client sentiment among EUR/USD traders continues to print near extreme levels at -2.2 and has been negative since mid-April. This suggests some continued strength in the pair may continue. Learn how to trade using sentiment data at the link above.