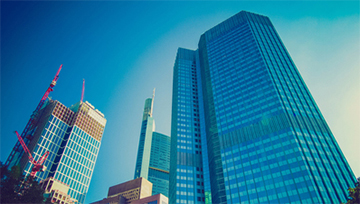 Video: A Market More Heavily Populated by Speculators Will Exude Their Traits

What happens when the risk takers are in control? That is the question we are faced with now in the markets. Price is ultimately the outcome of many conflicting views and motivations finding an equilibrium through price. Yet, as chaotic as this dynamic price discovery is at times, there are frequently skews in the themes and behaviors that drive the markets in one direction or another. Knowing these collective views or traits can present a clearer lens to analyze the markets through. And, such a trading advantage shouldn't go un-utilized. First, it is important to understand the concept of participation behind the market - a common theme in our discussions. There are many individuals and entities in the markets with different drives. However, we can break this seemingly infinite group down into more manageable and useful groups. Some of the most disparate and influential group delineations categorize banks, market makers, institutions and funds, central banks and the speculator.

These different players present very different approaches to navigating the market. Central banks were among the most influential players during over the past decade with the exceptional rise of monetary policy. They are stability minded but also prize higher asset values. They have exceptional amounts of capital yet they will not venture much beyond the safest or highest quality assets. Their plans have been more transparent and consistent. In the height of their influence from 2011 to 2014 when stimulus was seen as hitting its peak of evolution, the result was a remarkably consistent advance from benchmarks like the S&P 500 and a rapid collapse in implied volatility measures. The market ended up taking on the traits of its primary driver - and the other categories of traders would adapt to this influence, stay on the sidelines or risk being bowled over. What's more, the most influential fundamental themes through that period in turn focused on what mattered most to the Fed, ECB and other key policy groups.

Fast forward to today, and we still see the central banks as a key player in the shaping and development of the markets. However, they are not the dominant force. As the capital poured in by the collective monetary policy authority tapers off and the other participant groups shift their view of where the impetus arises, we find a market that lacks for ownership. Financial institutions are happy to facilitate transactions but are avoiding clear commitment to overtaxed capital benchmarks. Funds (hedge funds, mutual funds, sovereign wealth funds) are dissuaded from participation due the lack of deep value opportunities they typically chase. In the vacuum, the speculator has arisen. A short attention span, a penchant for reactionary action, opportunistic rather than critical evaluation are all traits that end up as baseline attributes of the financial landscape. What can this tell us about current trading conditions and how the future of markets can adapt for opportunity or risk? We discuss that in today's Strategy Video.