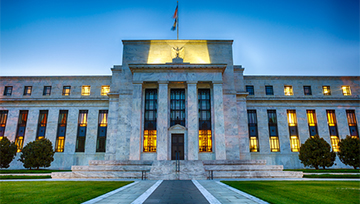 Changes - and mere preperation for changes - in benchmark rates is generating less and less traction in the FX market. Prime evidence of this diminished fundamental drive was the March 15th FOMC rate hike which saw the Dollar drop in the immediate aftermath of the announcement. Certainly, the market's anticipation of commitment for more belt tightening into the future played a role in the Greenback's unusual response, but the evolution of this theme stretches well beyond the United States' policy circle. There is an indelible 'risk' connection in this fundamental theme. In an environment where investors will scramble for any and all yield advantage, the Fed's early hike represents the start of a slow tidal wave. Yet, when the market is more appreciative of the risk-reward balance; a 75 basis point (0.75 percent) increase in returns off of virtual zero excites very little enthusiasm.

Despite the S&P 500's proximity to record highs and the VIX volatility index's extraordinarily low level as of late, investors seem to be growing far more critical of the exposure they have taken on. That has not only sapped the positive slant for nuanced changes in rate forecasts, it has also revived concern over the connection between market performance and the largest central banks' increasingly foundational participation in the financial system over the years. In conjunction with this change in focus, we find global central banks in the middle of a tide change with their collective policy. While the Bank of Japan has yet to offer any evidence of the limitations of its QE program, the European Central Bank (ECB) has presented the end of its program with some of its members already calling for plans for its eventual reversal. The Bank of England (BoE) went into its latest round of support with a clearly defined time and size. It is the Fed that is once again on the frontier of this change though - and may prove to be the catalyst for sentiment to fall back to earth.

While we have seen a few remarks by particularly hawkish Federal Reserve members suggest plans for the balance sheet reversal should start to be laid, we have seen arguably the clearest calls for progress just this week. The Fed's Rosengren - not long ago one of the most dovish of the rank - remarked Wednesday that cuts to the balance sheet could start after the next rate hike. The market believes that next rate move may come as early as next month, which would insinuate a very quick change in tack on stimulus. While this is not consensus veiw, it defines where the conversation is heading. We have seen the relationship between the Fed's balance sheet and the S&P 500 (rise and leveling out). That connection will likely hold as the US and other central banks start to reverse course and sell some of their assets. The pressure on risk positioning arises as the sale of primarily Treasuries in turn raises benchmark rates. Rather than that bolstering expectations of return materially, it increases the cost of borrowed funds which have played a key role in the speculative reach built up over the years. We discuss the next phase of changing monetary policy tides and what it will do to risk trends in today's Strategy Video.